Carnacon footballer Fiona McHale at the University of Limerick where she is a PhD student.

As they have in the last seven years, Carnacon and Kilkerrin/Clonberne face off this afternoon in the Connacht senior club football championship, and with 21 consecutive county titles behind them, Carnacon are out to deny the Galway winners three-in-a-row against their Mayo rivals.

It shouldn’t take more than a minute for Fiona McHale to come face to face with her old University of Limerick college mate Louise Ward around the middle of the field in Clogher today (4pm) and the former Mayo star is ready for a sterling test against Ward and the defending champions.

“Louise is a great teammate to have. She’s a soldier you’d want by your side on the pitch. I was always happy to line out at midfield with her, knowing that she is on your team,” said McHale, a PhD student at UL.

“Not only is she really talented, she matches her talent with her hard work on the pitch. She is very determined. We’ll see what happens, we always seem to come across each other at some point.

“We have had some great battles over the years. In 2017 it went to a replay and they were two of the best club games I was involved in. 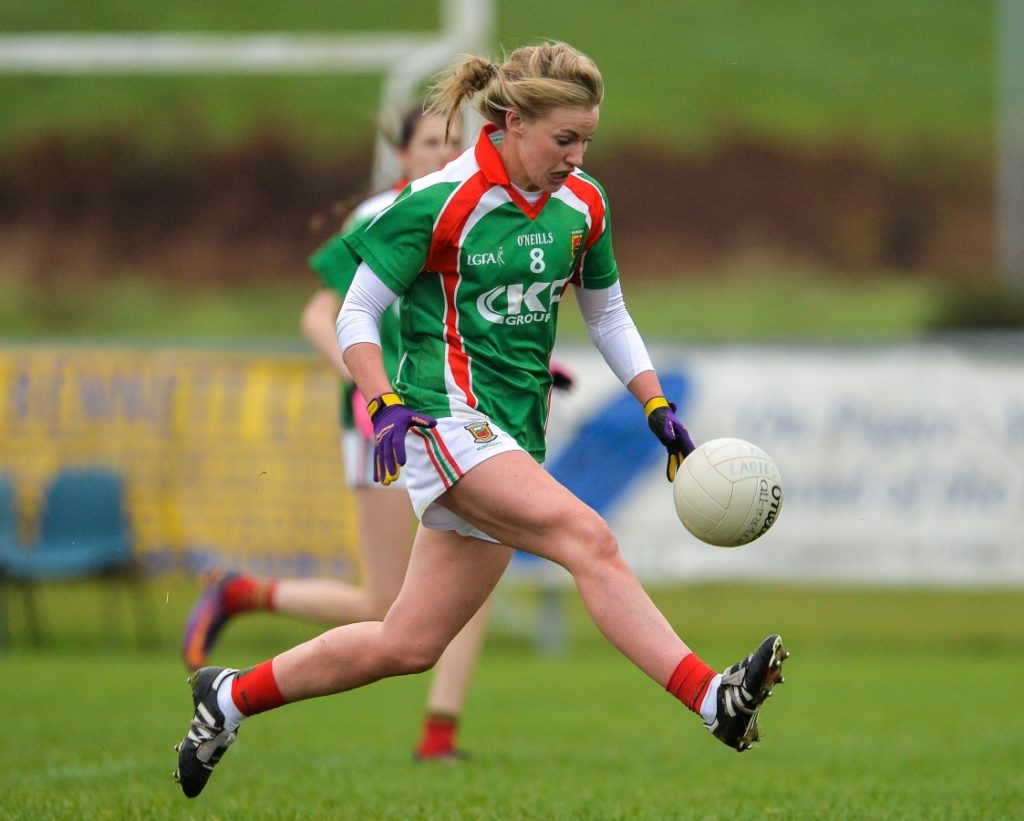 Fiona McHale rates Carnacon’s two clashes with Kilkerrin-Clonberne as two of the best club games she was ever involved in.

“They’ll want to put the wrongs right this year, but they’ll be under pressure to do that too.”

Now 33-years-old, McHale has experienced colossal success on the club and inter-county fields. Her first county title came in 2001 at the age of 14 and since then she has never lost a championship game in Mayo and has 20 senior medals in her collection. Six All-Ireland club wins have also been dotted across her career, most recently in 2017.

Her inter-county career began in 2004, but since the club and county falling out of 2018, her total focus has been on Carnacon. This summer every club in the country has been lifted by similar time commitment from their inter-county players, but McHale says that was always the case back home.

“I know it’s different in every club, but we’ve always tried to be there for club training over the years. People could look at that in different ways and say you should or you shouldn’t, but we always felt it was important to be there.

“At times you might turn up and just do a bit with the team, you mightn’t do a full session. We’d always have been there anyway, so it hasn’t been that much of a different for us.

“This year you’d find that more people are around, everyone is at home because of lockdown, people working from home, we seemed to have good numbers at training, which has been great.

“Every year there is always a different motivation and a different reason that you might get some level of satisfaction. I think I started playing with Carnacon when I was 14. When you are at that age, you take it for granted a bit that you’ll win it every year.

“But as a club we never take it for granted, we always look at what we are up against and we are never too sure of ourselves. We take no team for granted. When we won against Moy Davitts in the county final it was as sweet a victory as any other victory has ever been for me.”

With plenty of years left as a player, McHale has already made an impressive start to a coaching career she wants to hone after her retirement. Coach of UL’s O’Connor Cup team from 2012 to 2015, last year she stepped into the men’s game with Claremorris seniors.

“That was a real eye-opener,” she says. “I had never coached in the men’s game before, so seeing the structure of the game, just what it was like, was brilliant. It was a great experience and something I’d like to go back to again in the future. “I have put coaching on the back burner for a while though. I’d like to finish out playing first. Coaching is brilliant, but trying to play and coach at the same time, you start to wonder are you taking away from your own game.

“As a player it’s all about you and what you need to do to be good for the team, but as a coach you’re worried about 30 players and a management team. I’d love to go back to it again, but at the moment time-wise it’s not feasible.”

Carrying on their ethos of continuously developing younger talent, there were two first-time winners when Carnacon defeated Moy Davitts in the county final. U16 graduates Beth Hoban and Hannah Prendergast won their first titles, while at the other end of the scale, the club has been boosted by a fully fit Cora Staunton, who won her 22nd Mayo championship by kicking 0-11 in the final.

“I never doubted her to come back after that horrific injury. I think it was a quadruple break in her leg. This year it’s great to have her properly within the set-up, training with us and playing well. It’s an added bonus for us to have her back fully fit.

“As a unit the hope is that we put in a performance that does the effort that we have put in justice. I just hope on the day we are able to put in a good performance and not come off the pitch saying ‘why didn’t we do this’.

“If we leave everything on the pitch and we win that’d be absolutely amazing. If we lose and we know we have given it all, to be honest I’d be happy enough as well.”