A local animal welfare organisation is alerting the public to be vigilant for cases of animal cruelty in a particular part of Ballina town. 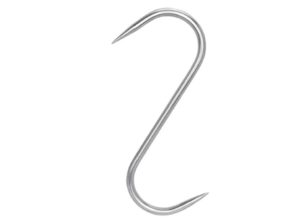 The North West Society for the Prevention of Cruelty to Animals (NWSPCA) raised concern after dealing with an horrific incident yesterday in which a young tabby cat was found with a butcher’s hook piercing its lung.

The society is appealing for information in relation to the incident which occurred in the Bunree area of Ballina – a location where two kittens were suspected to have been beaten to death around the same time last year.

The cat involved in the latest incident is part of a colony that had been trapped neutered and returned by the NWSPCA and was being cared for by a kind local lady.

She reported the little tabby missing three days ago but it showed up yesterday with the metal hook protruding from its side.

Thankfully, the cat survived an operation to remove the hook but those involved in her care are concerned about how she could have sustained such an unusual injury which is unlikely to have occurred accidentally.

In a social media post earlier today the NWSPCA stated:

“The bad news is that this incident happened in the same area where two beautiful kittens were viciously beaten to death last October! The area is Bunree in Ballina and we are posting this so as to alert people in the area to be vigilant.”