The Western People sports team have cast their eye on every minute of action in the Mayo intermediate football championship this season and from our viewing, we have selected the 15 players who we believe stood enough to be included in our Western People Team of the Year.

We have tried to select players in the positions where they played most often. Sweeney Cup Champions Balla are, unsurprisingly, the most represented team with five players. Their final opponents Kiltimagh boast four, whilst Ballinrobe have two players in the line-up. Hollymount-Carramore and Crossmolina both have one player, whilst revolutions out in Mayo Abbey with Mayo Gaels and up in Bonniconlon could not be ignored, and both teams have had one player named in the team.

Some players, like the free-scoring Darren Coen and Balla’s main man Gary McHale were shoe-ins, but other positions prompted some very close calls and well-pleaded cases from our reporters.

Without further ado, here is our selection. 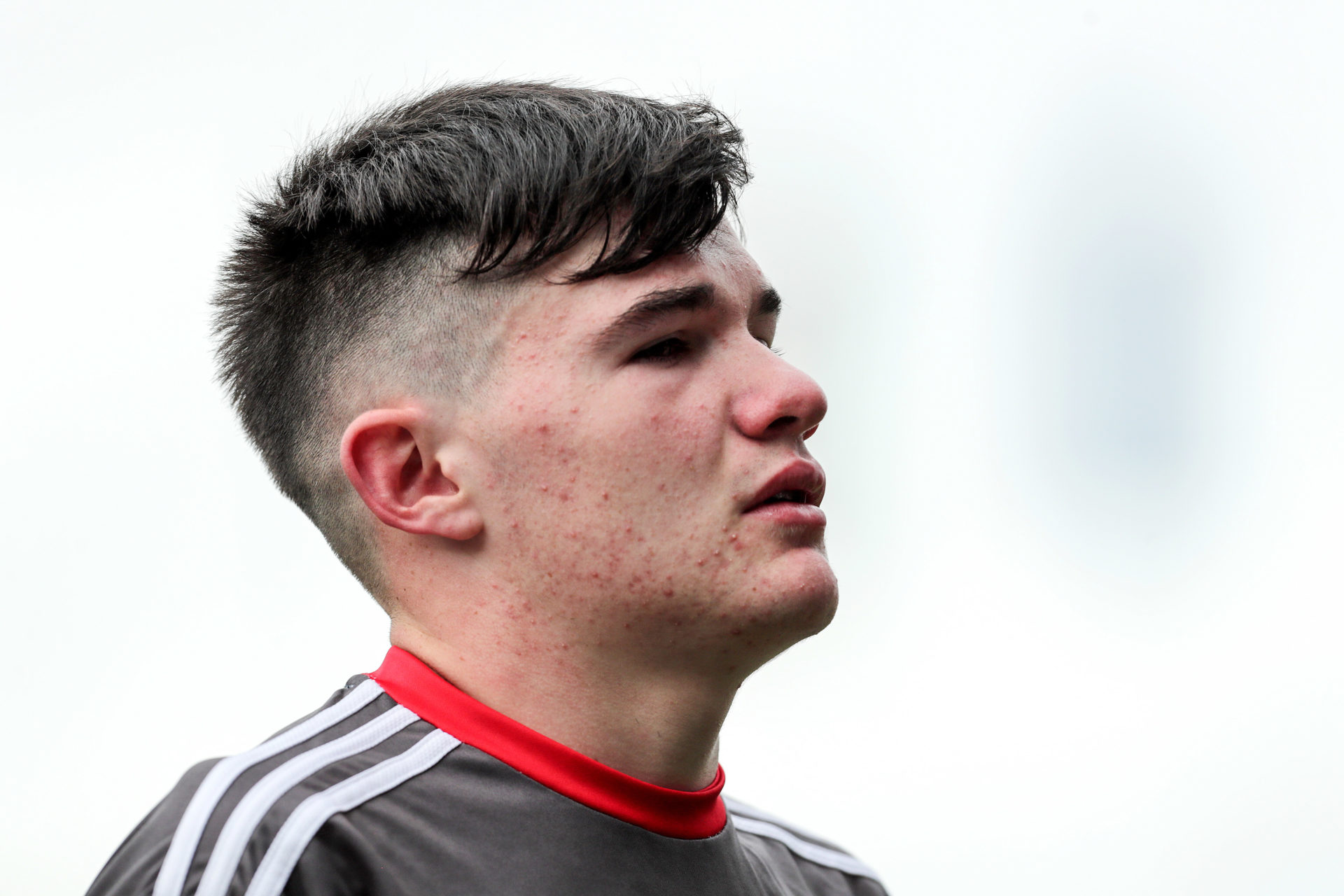 The young netminder has been impressive for Pete Warren’s charges this season. Forget one to watch in future; Jennings is one to watch right now in a youth-oriented Ballinrobe team. A star of the Mayo minor team last season, he continued to show excellent progression in his game in this season’s campaign.

Dunleavy had an excellent season on the county title-winning team and really stood out amongst a strong Balla defence in the final against Kiltimagh. He was not fazed by the pressure of experienced forwards like TJ Byrne and Eoghan Lavin. Dunleavy, still young, has quickly become a man Ger Butler can rely on this season. 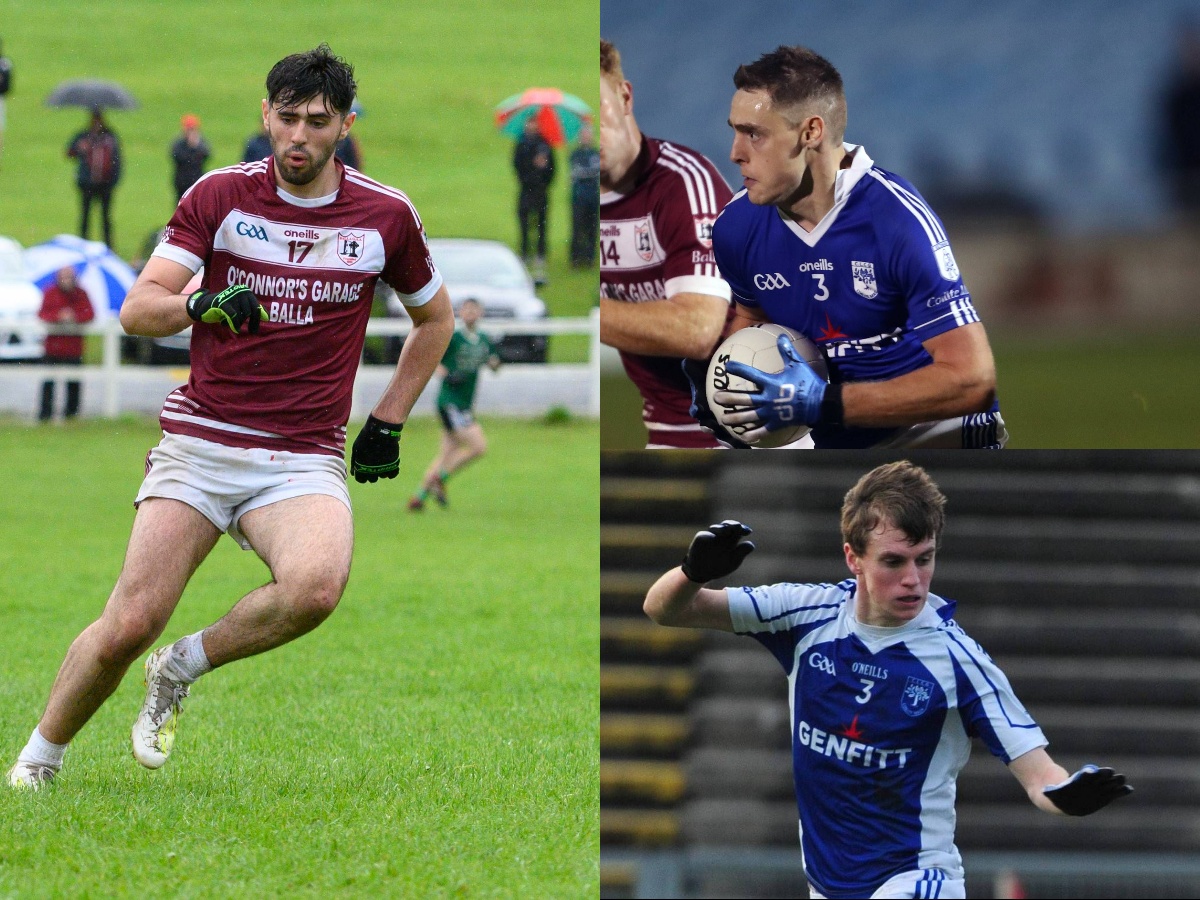 It was not to be for Kiltimagh in the county final but Donovan Cosgrove had a season to be proud of at full-back. Not many full-backs can say they kept the lethal Darren Coen quiet this season, but Cosgrove kept the Hollymount-Carramore sharpshooter to just two points from play and the 21-year-old even burst forward to grab a score of his own in the semi-final.

Absent from the opener against Swinford, Mulderrig returned to the starting line up and became an essential cog in the defensive ranks for Ger McNicholas’s men, forming a strong line with Mattie Cummins and Donovan Cosgrove. Going forward, he played an important role in Kiltimagh’s counter-attacking, particularly up against Crossmolina, where they caught Rovers on the break time and time again.

But for the most incredible of Balla comebacks in the semi-final, it is extremely likely that Eoin Gilraine would have been the name on everybody’s lips coming into the county final. The wing-back has pace and power and is a hard man to stop once he gets going. Another star for the future in Pete Warren’s ranks in South Mayo. 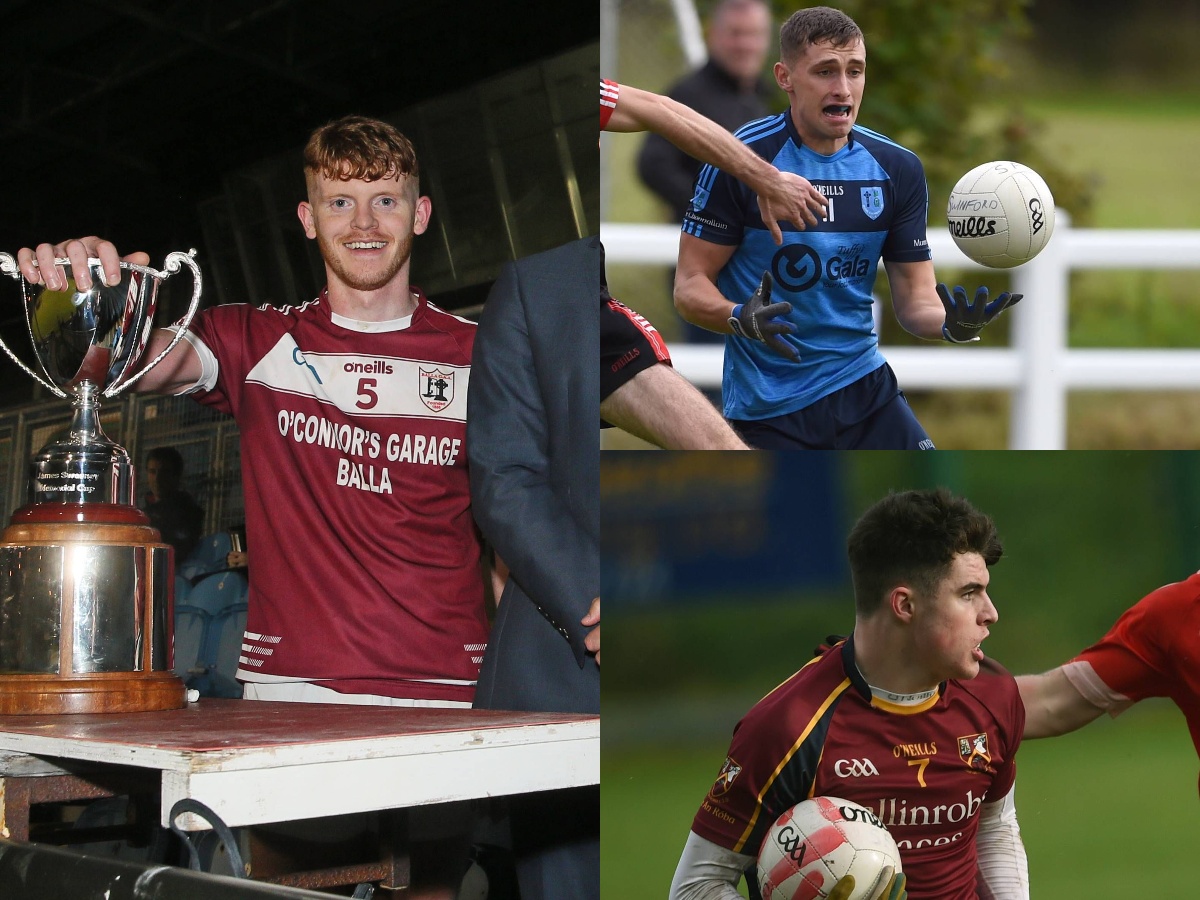 One half of Balla’s co-captain act, Ger Flanagan was in inspired form all season as Balla lifted the Sweeney Cup. His ability to link play from the back to the front was essential in getting the most out of players like Barry Duffy and Gary McHale. Flanagan popped up with a few points throughout the season and was a leader on-field and off-field for the young team.

There was something of a not-so-quiet revolution up in Bonniconlon this year as they reached their first quarter-final for at least 20 years. Conor Igoe was one of the stars of the Bonniconlon show, popping up with four points against Swinford in the crucial win to send them to the last eight. Igoe and co are not done, and will be right up there again next season.

Balla’s other co-captain was one of the most complete players in this year’s championship-winning run. Big blocks, crucial scores, incredible running on and off the ball. Duffy excelled this year in his role and has many calling for James Horan to take heed of the Balla man. It’s fair to say he has probably already noticed the big midfielder. 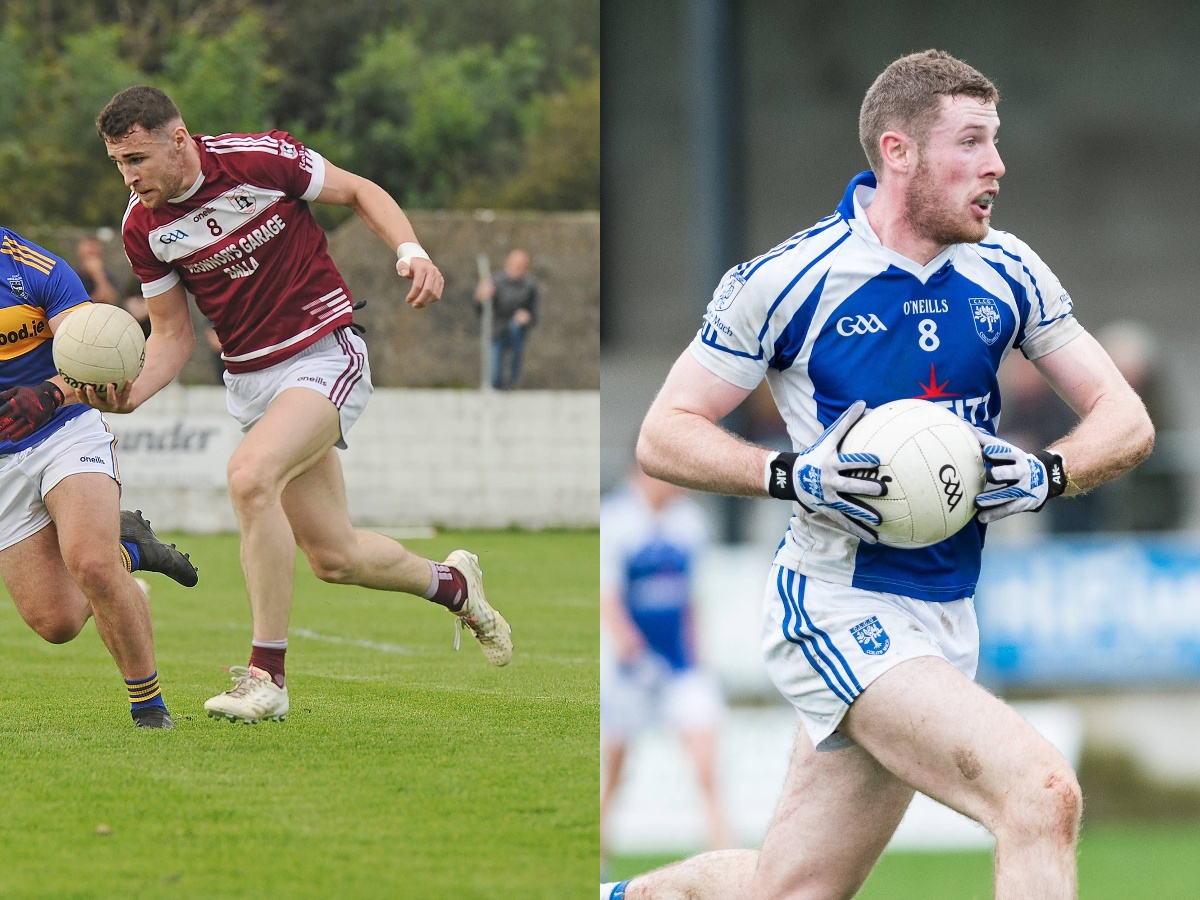 It was the toss of a coin between Paul Kelly and his midfield partner Sean Walsh to make the Team of the Season. The Kiltimagh duo have proved a bruising combination in the centre of the park this season and have been crucial in the team’s latest run to the Sweeney Cup final. Kelly gets the nod, owing to his well-taken goal in that brilliant quarter-final win over Crossmolina.

Mr Big Moment for Balla this season, McHale has written himself into the club’s rich footballing history with two of the year’s most crucial goals, coming against Mayo Gaels and Ballinrobe in the knockout rounds. On both occasions, Balla were heading towards defeat but McHale bailed them out twice. His performance in the county final was superb too, with three points to his name.

If there was ever a man defenders at senior level won’t look forward to facing off against, it’s Balla’s Conor Walsh. Full of running, trickery and skill, he was a standout player for Balla as they tackled a mean-looking group stage. The spotlight was taken off his scoring in the final two games, but Walsh was still pivotal to their attacking play en-route to the county title. 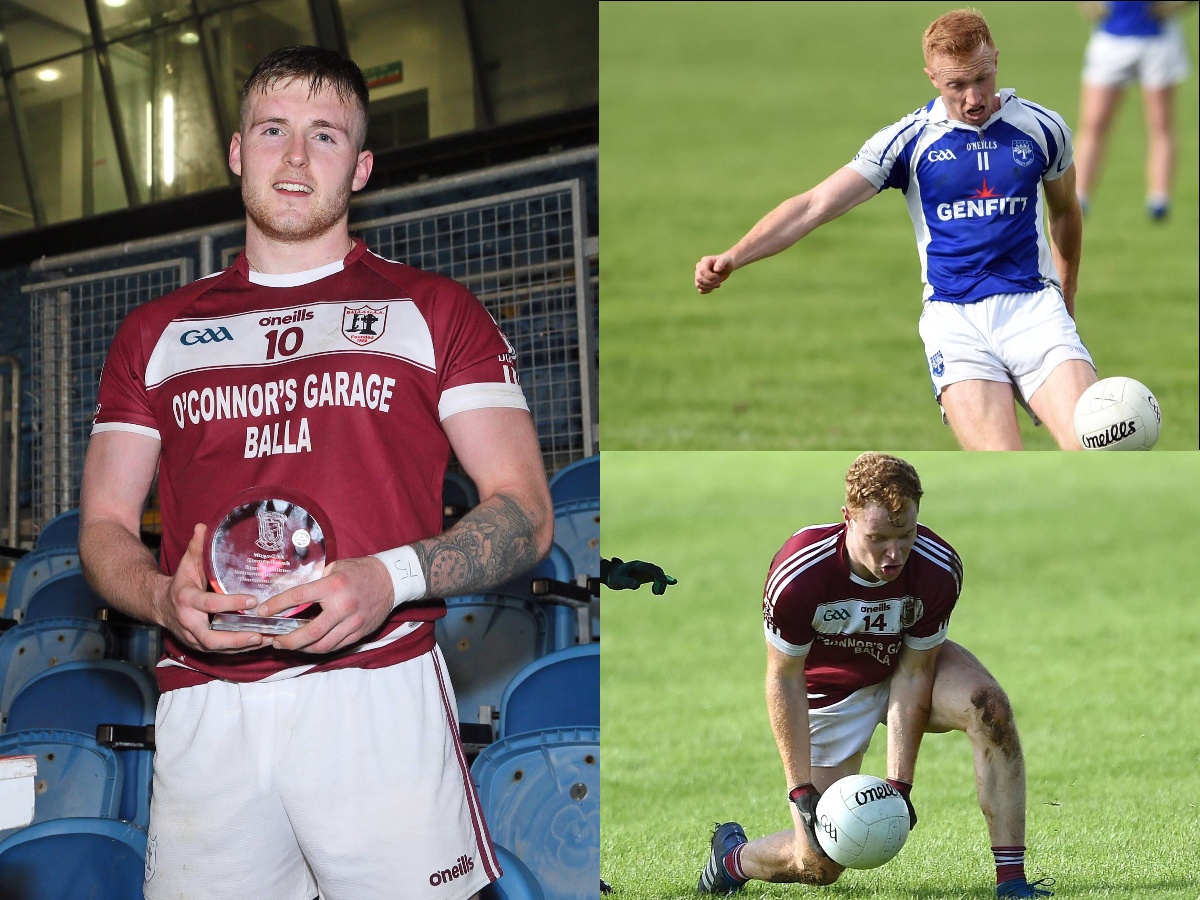 One of Kiltimagh’s main men for many a season now, Lavin impressed with the consistency of his scoring in this championship season. In particular, in their win over Hollymount, he was the main man for Kilti, hitting 0-7, including four from play. If they are to be back for another crack at the intermediate title next year, Lavin will once again be central to the charge for glory.

There was always going to be fireworks when Mayo Gaels played Balla in the quarter-finals and it was Gerry Canavan who got the inevitable red card. But that should not take away from a great season for the talented forward; his scoring propelled Mayo Gaels out of the group stage and had them out in front against Balla before their defeat. 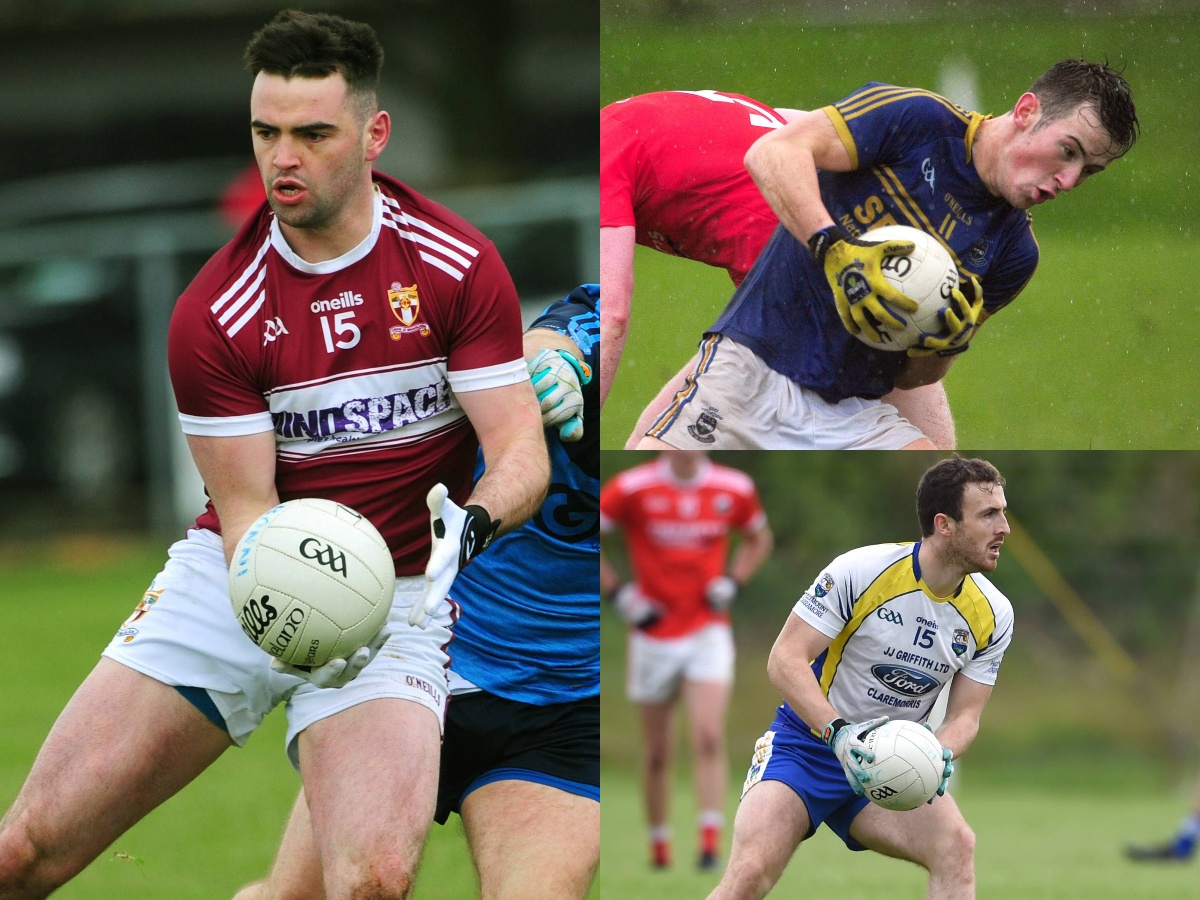 With an average of over ten points per match, Darren Coen was among the first names on the Team of the Year. His overall tally of 6-33 is fifteen points more than his closest rival for top scorer at intermediate. Holly-Carra’s semi-final elimination will have left many intermediate level full-backs groaning at the prospect of having to take the Mayo star on again next season.

Scoring for fun this year in the intermediate championship, Fionan Duffy proved himself as the Real Deel, pun intended. This was a campaign which included 1-10 and 0-11 point hauls for the skilful forward against Lahardane and Kiltimagh respectively. Second only to Coen in the scoring charts, he will be hoping to lead Crossmolina back to the promised land in 2021. 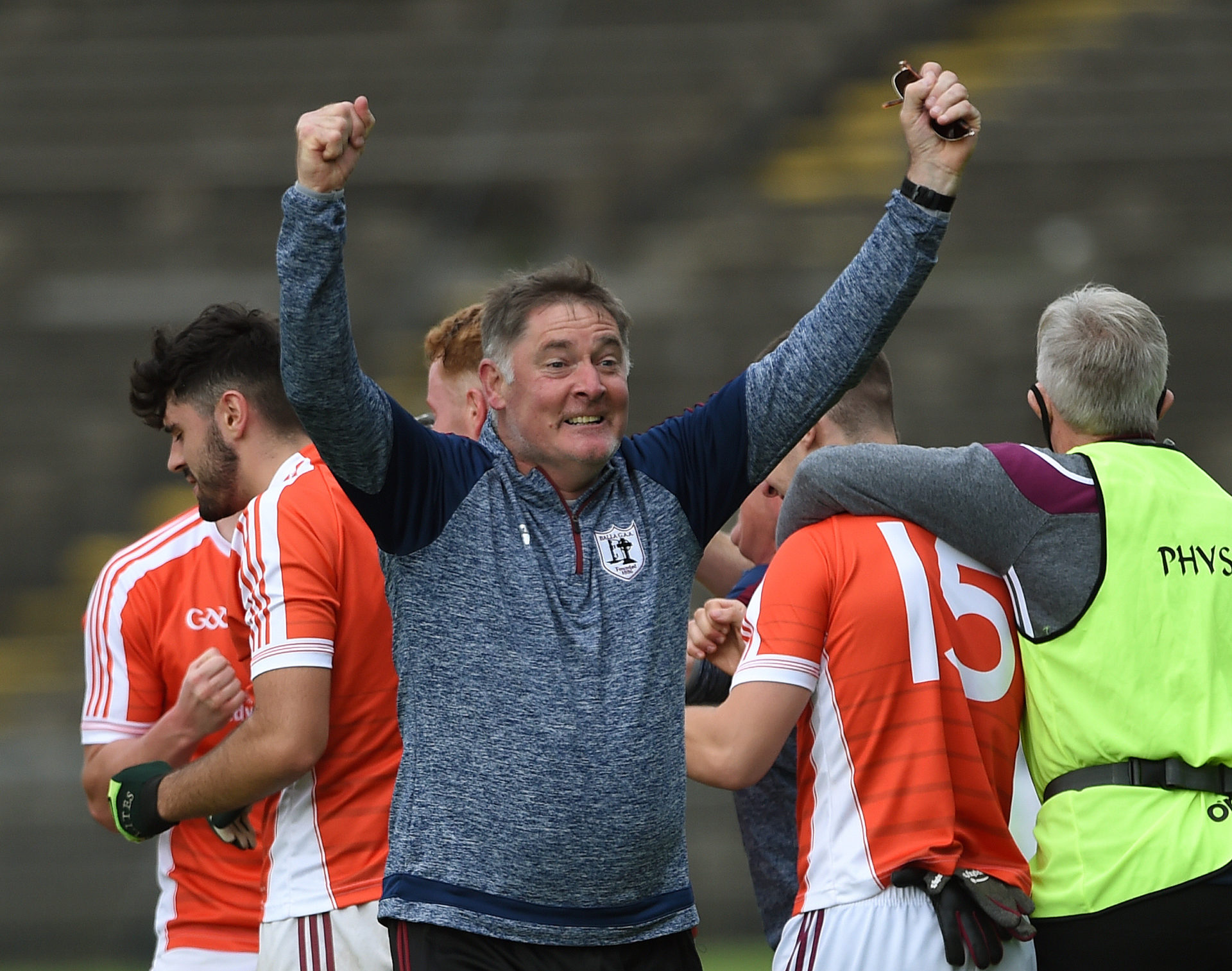 For a manager to take a young team like Balla, just two years arisen from junior, right up into the stratosphere of senior is nothing short of utter brilliance. Ger Butler has egged his team on all season, encouraging them to use their position as underdogs and outsiders as fuel to propel them to the county title. The Shrule native deserves tremendous praise for his game management, deploying attacking weapons like Val Roughneen and Cillian Goulding in the latter stages of matches and shoring up with the likes of Rian O’Connor late on. All eyes will be on Butler and Balla as they navigate the highest level of Mayo club football next year but they will fear no one, given the belief the manager has in them.