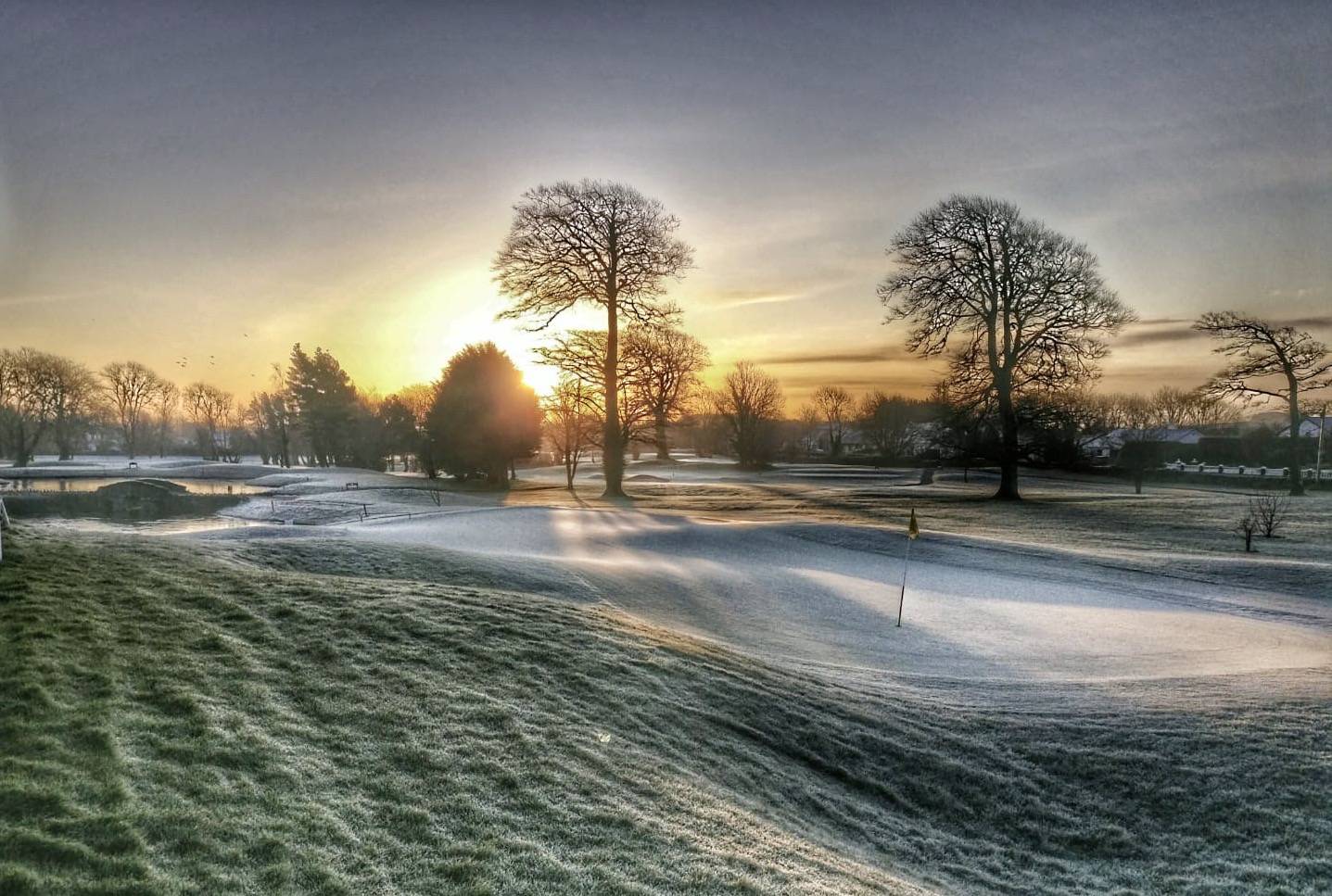 The picturesque scene on a frosty morning at the 16th hole at Castlebar Golf Club last January. Castlebar GC, like other clubs in Mayo, has seen an increase in membership during Covid-19.

While other sports came to a standstill during the Covid-19 pandemic, golf clubs across the region saw a rise in membership once they reopened in May.

Castlebar Golf Club saw membership jump to 700 from 550, with players now booking their chosen times on the tee sheets a week in advance.

Applying for the renewal of the club’s certificate of registration in court last week, club member Michéal McGing said membership had risen “dramatically” across all age levels but in particular the 25 to 35 age bracket.

At the height of the pandemic, golf slots were booked out within three minutes on a Saturday for the following weekend, Mr McGing told the Western People.

“There’s no such thing as a quiet day now; it’s seven days a week.

“The increase in numbers has been a relief. We were worried we would lose members because the year would be so short and there was a lot of uncertainty.”

On the other side of the county, Ballyhaunis Golf Club saw a 10 percent rise in membership with the number of players jumping from the annual average of 270 to 300.

A special Covid-19 package helped attract youngsters who were missing sport and those who had been working in Dublin but returned to Ballyhaunis during the pandemic to work from home, explained club member Brian Phillips.

The suspension of virtually all other organised sport played a major role in the sudden popularity of golf as did the ability to easily socially distance on the greens, and the fact that people were working from home and no longer had a daily commute.

But as life returns to some sense of normality how will golf club memberships be affected?

However, with the GAA season over for the majority of players, he’s hoping they will sign up for another year.

“More people are living in Mayo instead of living in Dublin and coming to Mayo for the weekend so it’s worth their while joining a club now,” added Mr McGing.