The O’Rahilly Street and Pearse Street areas of Ballina.

Mayo County Council will pursue a number of traffic system changes in Ballina in a bid to address congestion in the town. 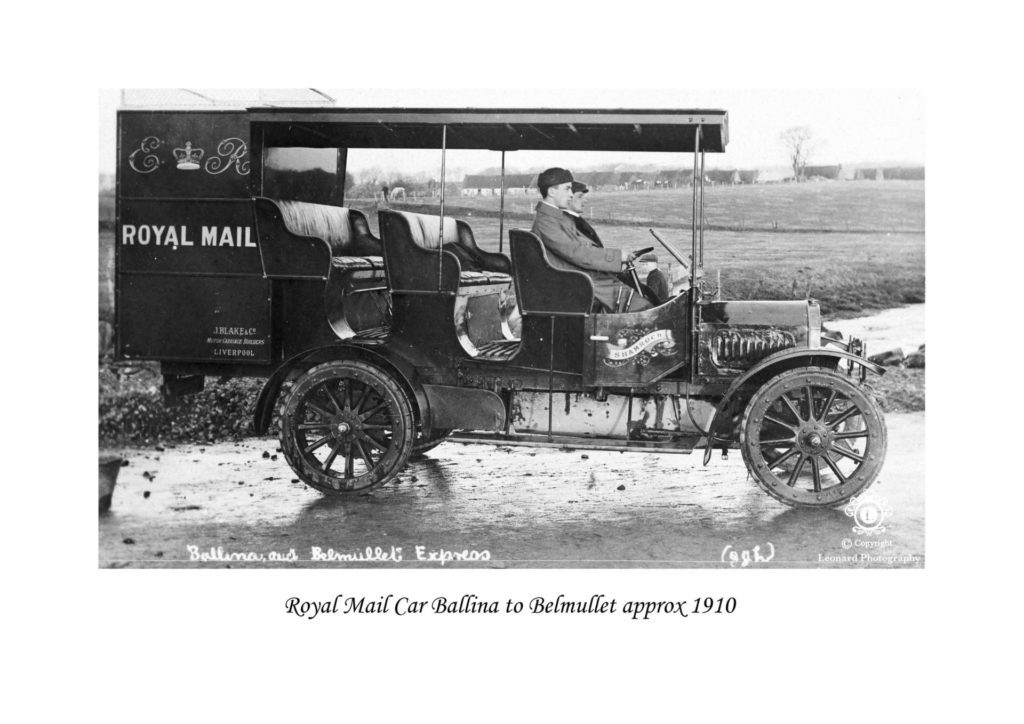 Modern-day traffic levels are a far cry from when the Royal Mail Car used to travel from Ballina to Belmullet back in the 1900s, and new trials will attempt to improve traffic flow around the town. Picture: Leonard Collection

Municipal district councillors approved the trial changes last week when they met on the condition that local residents be fully consulted along the way.

While by-pass options are being pursued as medium and long-term solutions to the town’s ongoing traffic flow issues, the council will implement three changes in the coming months in a bid to improve flow in the short term.