Could you afford to take the plunge on this stunning hillside property? 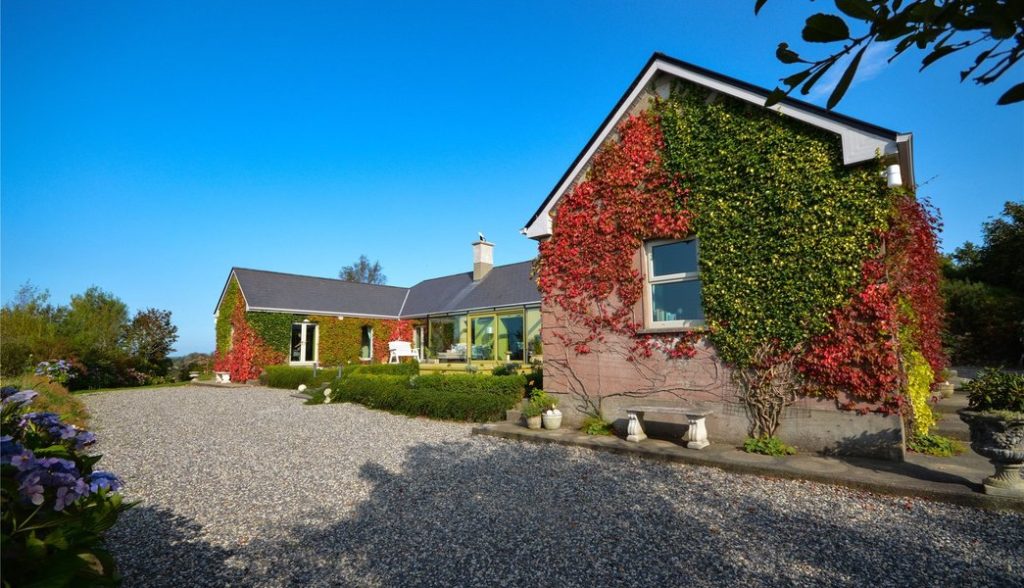 There’s an expensive patch of ground in New York City where sits a memorial constructed from a stone cottage that once stood in Attymass. The cottage, dating back to the 1830s, was dismantled in 2001 and shipped to the US where it was reassembled in Battery Park, just one block from where the Twin Towers once stood.

The purpose of the venture was to raise public awareness in the United States of the events that led to the Great Famine in Ireland.

It’s a far cry from those impoverished and deathly tragic times in Attymass and beyond when a house in the same parish has just gone on sale for €725,000. 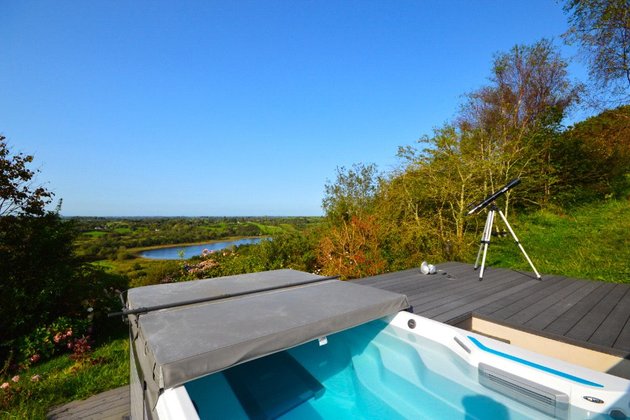 Ballymore House is so far removed from a two-roomed stone cottage, it truly does look like one of the most stunning properties to have come on the market in North Mayo in recent years – and is certainly one of the most expensive.

Complete with its own heated outdoor pool and exercise spa, a home cinema system with house-wide speakers (including in the garden!), and a temperature-controlled glass box with a large lit deck, this 2,590 square foot home also offers arguably some of the most scenic views anywhere in the country. 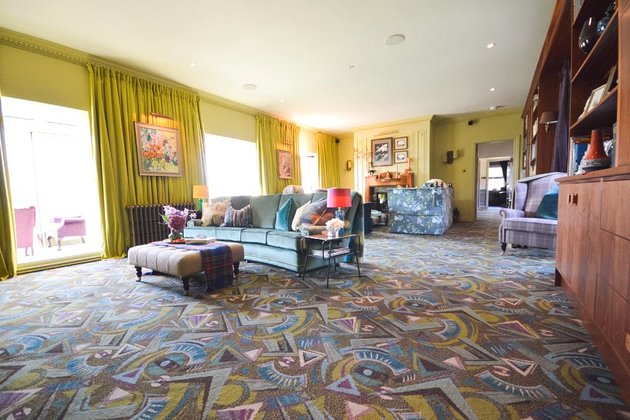 Built on a hillside overlooking Ballymore, Cartron and Caorhann lakes and looking directly out onto the Nephin mountain range, the electric gated four-bedroom property is situated on a site that extends over 10.5 acres.

Listed with Sherry FitzGerald Feeney West, the estate agent has described the house and its location as “somewhere quite out of the ordinary”.

“Its current owner has lavished time, care and a significant investment into this spacious and elegant home, where the attention to detail is second to none,” reads the agent’s description. 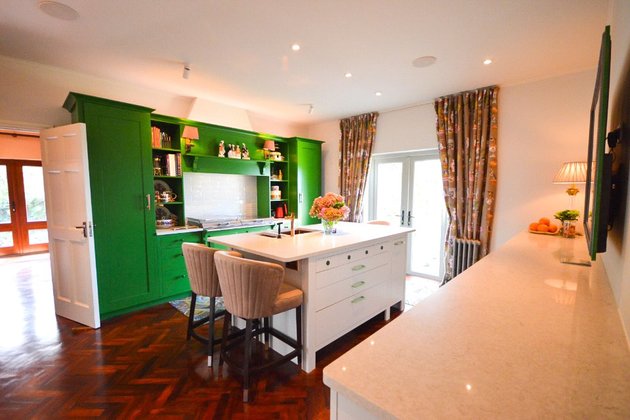 Built only 20 years ago yet displaying a timeless charm, the decorative style is said to draw upon the elegance of 1920s art deco and the quirkiness and flare of mid-century 1950s and 60s design. In fact, such is the level of detail that the bespoke gold leaf Chinoiserie-inspired wallpaper which features in the dining room was painted especially for Ballymore, and the living room carpet was made by Wilton Royal England especially for Ballymore House, having been designed by the owner. 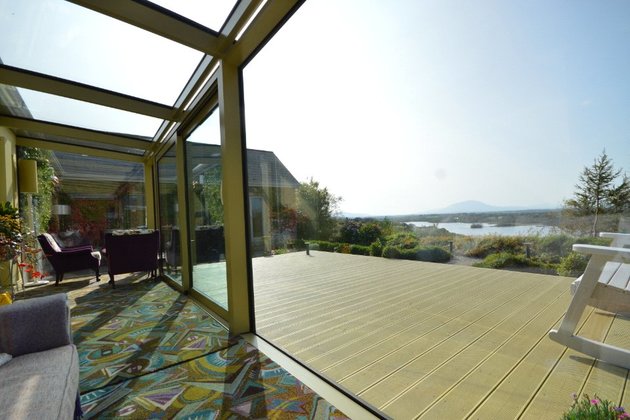 The outdoor ‘Endless Pool’ is the only one of its kind in the West of Ireland. Boasting an underwater treadmill and rowing machine, it has Bluetooth audio, fountains, colour changing LEDs and even an Olympic Grade Swim Turbine. And with a heating range of 15 to 40 degrees centigrade, it’s just as usable winter or summer!