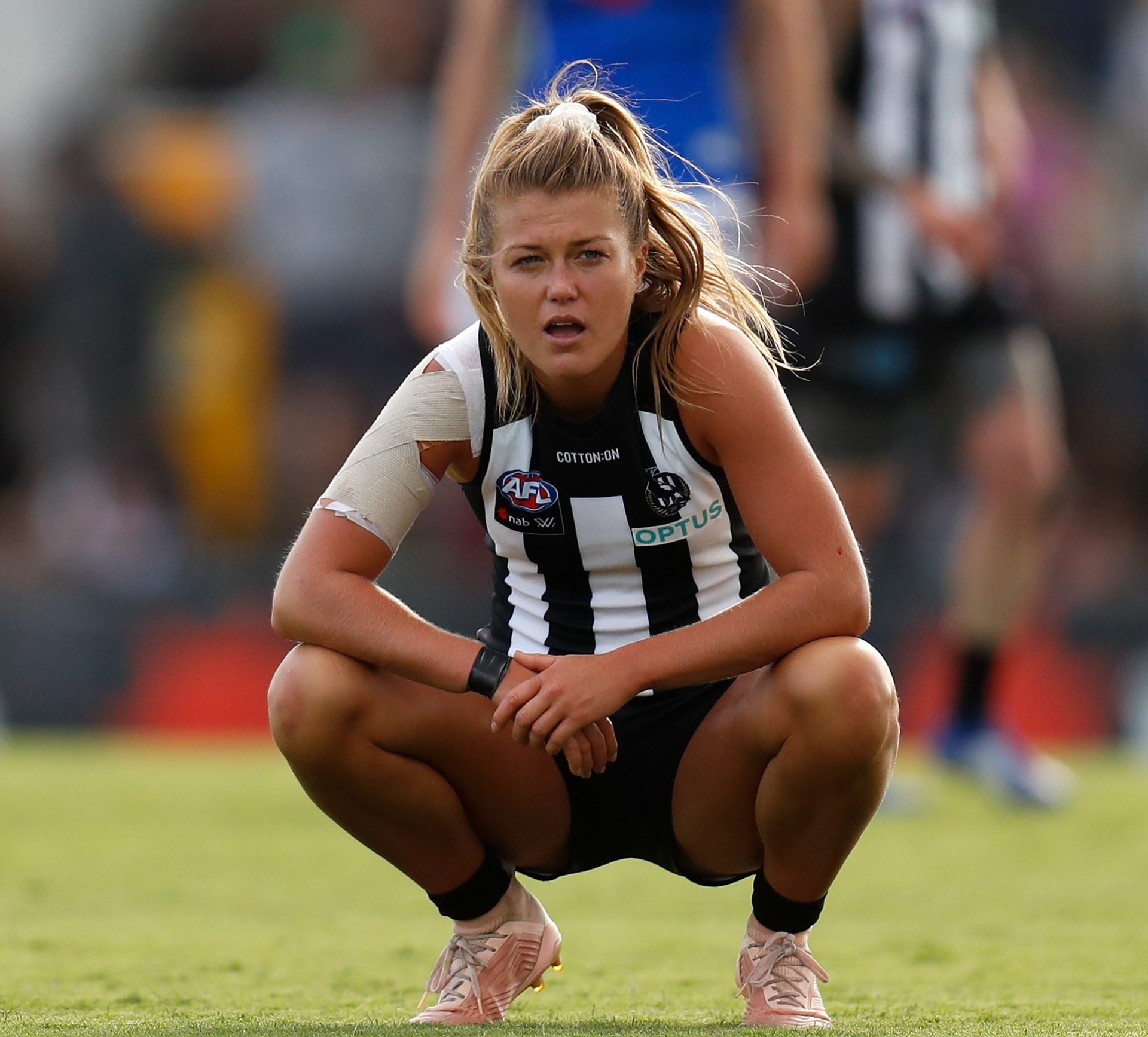 Sarah Rowe has re-signed with Collingwood in the Women’s AFL for the upcoming 2021 season. Picture: Michael Willson/AFL Media/Getty Images

Mayo footballer Sarah Rowe has said that the uncertainty over the scheduling of the 2021 ladies Gaelic football season was a significant factor in her decision to re-sign with Collingwood in the Women’s AFL.

Rowe will rejoin the Melbourne-based club for a third season later this year ahead of the start of the 2021 WAFL season in January. The decision to rejoin the Magpies means Rowe will not be allowed to rejoin the Mayo panel upon her return from Australia next spring, after Mayo manager Peter Leahy made it clear that he would no longer be willing to facilitate players who spend the opening months of the year playing AFL in his county panel.

It means the likes of Rowe, Niamh and Grace Kelly and Aileen Gilroy, all of whom have re-signed with their respective AFL teams for the 2021 season, are set to miss out on the 2021 inter-county GAA season with Mayo. All are set to play in the upcoming 2020 championship, however, which was rescheduled from the summer and is set to begin at the end of October.

“I think with all the information I had placed in front of me, the one thing that was stable for me was that the AFL has said the season will go ahead as per,” said Rowe on Inside The Game on Sky Sports GAA on Wednesday evening.

“Re the GAA, it was like ‘we don’t know when next season’s league will start’. Will we go back into pre-season in January? Or will it be club football first, then county?

“There was so much unknown. I had the information from the AFL and it helped my decision. It helped me reassure myself that going forward that I had some sort of plan. Like that, life and everything is so subject to change at the moment that I won’t believe that I’m back in Australia until I actually land on Australian soil.”

Rowe said the opportunity to play professional football in Australia was one which is appealing to a growing number of ladies Gaelic footballers in Ireland.

“I believe that there’s so much opportunity there for Irish girls at the minute,” she offered. “Every Irish girl who has gone over has done extremely well and fit into the system quite quickly.”

On the subject of her Mayo future, Rowe insisted the relationship between Leahy and the players concerned remains strong and that honest and open communication is the most important thing.

“I have to understand as a player that managers and coaches have to coach, and they have to do what they think is best for the team. My job is to play, as a player. I respect that, and make sure our lines of communication are open,” she said.