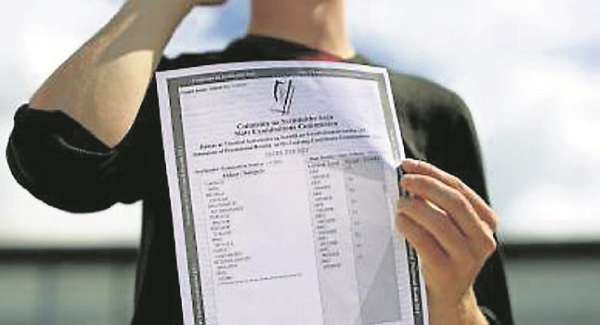 A High Court judge has said a “lead” case concerning standardisation of 2020 Leaving Cert grades will be heard next month only if lawyers agree which of three separate cases brought over standardisation will be that lead case.

One of the cases is by Freddy Sherry, a Leaving Cert student at Dublin’s Belvedere College. He claims the Minister for Education’s “interference” last August with the work of the Independent Steering Committee on Calculated Grades, directing it not to rely on previous school data or schools historic records in the standardisation process, lead to him being unfairly downgraded by 55 points in his Leaving Cert this year.

A second case is by the Board of Management of St Kilian’s German school in Dublin and eight of its students, who claim the standardisation model lead to an “extraordinary” downgrading of results in German and other subjects there.

Aine Finnegan, from Fairview in Dublin, claims in the third action the standardisation process meant she unfairly missed out on a place in Medicine in Trinity College Dublin by two points.

When all three cases were mentioned before Mr Justice Charles Meenan on Wednesday, he was asked to fix a hearing date in late October.

The judge said an October hearing date was entirely dependent on a lead case being identified. Unless the sides reached agreement by next week on which of the cases should be a lead case, he would not fix a hearing date in this law term, which runs to December 21st, he stressed.

Earlier on Wednesday a young woman who got 613 points in the 2019 Leaving Certificate withdrew her High Court challenge over the manner in which Leaving Cert grades were standardised this year after getting a place on her course of choice.

Feichin McDonagh SC, with Micheál P. O’Higgins SC and Brendan Hennessy BL, for the applicants, said the cases were not a systemic attack on the calculated grades but concerned a Ministerial decision last August to “interfere” in that process in response to some criticism in public discourse.

In the case by Mr Sherry, of Newtown, Celbridge, Co Kildare, he said, while Belvedere College does not have “formal streaming” of classes, he says he was in the “faster moving” Leaving Cert classes in four subjects as well as being in the only class in Latin, and, as a result, expected the students in most of his classes would have had a high number of H1 and H2 grades.

He had studied consistently for his Leaving Cert until May 8th when the cancellation of the exam and its replacement with a calculated grades system was announced.

He had relied on the respondents guidelines published on May 20th for students and schools which explicitly stated the standardisation process would combine the school sourced grades and the respondents school sourced data at school and national level to ensure the calculated grades reflected standards properly aligned across schools and with a national standard. Contrary to the express representations by the respondents, the process has not relied on previous school data or historical data on a national level during the standardisation process and that was announced by the Minister at a press conference on September 1st2020.

He was “hugely disappointed” his teachers’ estimated CAO points total of 542 for him was reduced to 487 under the process.

His first course choice was pharmacy in TCD, he had decided not to take up a CAO offer of Chemical Sciences with Medicinal Chemistry in the Technical University of Dublin and may now may have to sit the Leaving Cert exam in November.

In the St Kilian’s case, it is claimed the school consistently achieves a high number of H1s and H2s in Leaving Certificate German.

It is “impossible to reconcile” that background with the Calculated Grades actually received by students of St Kilian’s, its principal Alice Lynch said in an affidavit.

One student had had the school’s estimated mark of 90 per cent for her reduced to a H3 while another student was downgraded from a H2 to H4 and was refused a CAO place since he did not have the H3 German requirement for the course in TCD.

The calculated grade system was “inherently flawed” and failed to take into account the proven level of German academic attainment for the students in the school.

In her action, Ms Finnegan, who studied for her Leaving Cert at the fee-paying Institute of Education in Dublin, missed out on a place in Medicine at TCD by two points after three of her calculated grades were reduced, also alleges unfairness in the process.

Joe Jeffers BL, for TCD, told the court the college could not give an assurance, as sought by her lawyers, to hold a place for her on the course pending the outcome of her action. Mr McDonagh said his side would correspond with TCD about that matter.

Earlier on Wednesday, a fourth case, by Martha Woods, who got 613 points in the 2019 Leaving Certificate, was withdrawn. Ms Woods, Murragh, Enniskeane, Co Cork, had said the points for dentistry in UCC rose this year from 590 points to 613, the final applicants for that course all had 613 points, places were allocated by random selection and she failed to get a place. Because she has since got a place in the UCC Dentistry course, that case is not proceeding.

Earlier on Wednesday Martha Woods, who claimed the standardisation had unfairly impacted on her ambition to pursue a dentistry career, withdrew her case because she has since secured a place on her chosen course, dentistry in UCC..

In her case, Ms Woods, Millbrook House, Murragh, Enniskeane, Co Cork, had said the points for dentistry in UCC rose this year from 590 points to 613, the final applicants for that course all had 613 points, places were allocated by random selection and she failed to get a place.

When her action came before Mr Justice Charles Meenan last week, he accepted it was a “very important” matter but adjourned it for a week after expressing concern about the courts’ ability to accommodate early hearings of a multiplicity of cases concerning the 2020 Leaving Cert grading process.

When the case returned before the judge today, he was told Ms Woods has obtained a place on the UCC Dentistry course and was as a result withdrawing her case.

Ms Woods, represented by Pearse Sreenan SC, instructed by Amy Connolly, of Cantillons Solicitors, had brought the judicial review proceedings against the Minister for Education, State Examinations Commission, the State, CAO and UCC.

Mr Justice Meenan said he was pleased with the outcome and wished Ms Woods every success at university and in her career.

Separately, the judge has said he will treat another case initiated earlier this month as the lead case addressing issues with the 2020 Leaving Cert process and hoped to give that an early hearing date.

That case is by Aine Finnegan, from Fairview, Dublin, who missed out on a place in Medicine at Trinity College Dublin by two points after three of her calculated grades were reduced.

The judge expected the outcome of the Finnegan case would decide some or all of the issues raised in other cases, adding parties in other cases may seek to be joined to the lead case.