A relic of Ballina history has been spectacularly resurrected from the River Moy thanks to the local Ballina Community Clean-Up Group. 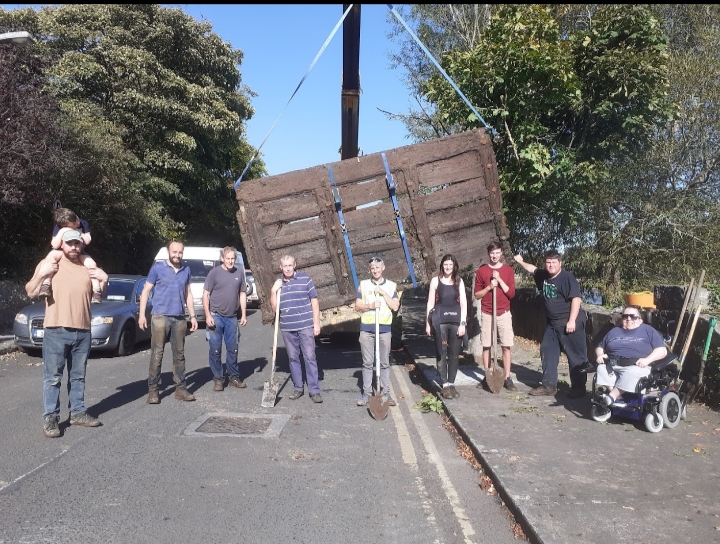 The voluntary organisation, which has been co-ordinating and carrying out local enhancements and tidy-ups ever since it was founded by local Cllr Mark Duffy over a year ago, undertook a very special mission over the weekend.

Volunteers successfully retrieved one of the original gates of the historic gate lodge at Belleek Castle from the river bed where it had been languishing in silt since the 1960s.

The gates were crafted from native oak that was most likely felled and planed by carpenters on the Belleek Demesne to hang on the Gothic gate lodge which was constructed at the entrance of Belleek in 1875.

The gate lodge housed the Convey and later Burke family who worked as porters for the Knox-Gores, opening and closing the gates as visitors and traffic passed through.

The lodge was abandoned in 1957 and the gates were subsequently taken down and thrown to one side until Castle Road residents re-appropriated them as a boardwalk for a jetty they were constructing on the River Moy near Bachelors Walk.

The gates were supported by stone-filled steel barrels but broke loose during a season of high water and storms during the 1960s.

Local man Paul Carrabine is one of a few local people that knew of the existence of the gates and was thrilled to discover them about seven years ago while diving in the river with the local River Moy Search and Rescue Group. 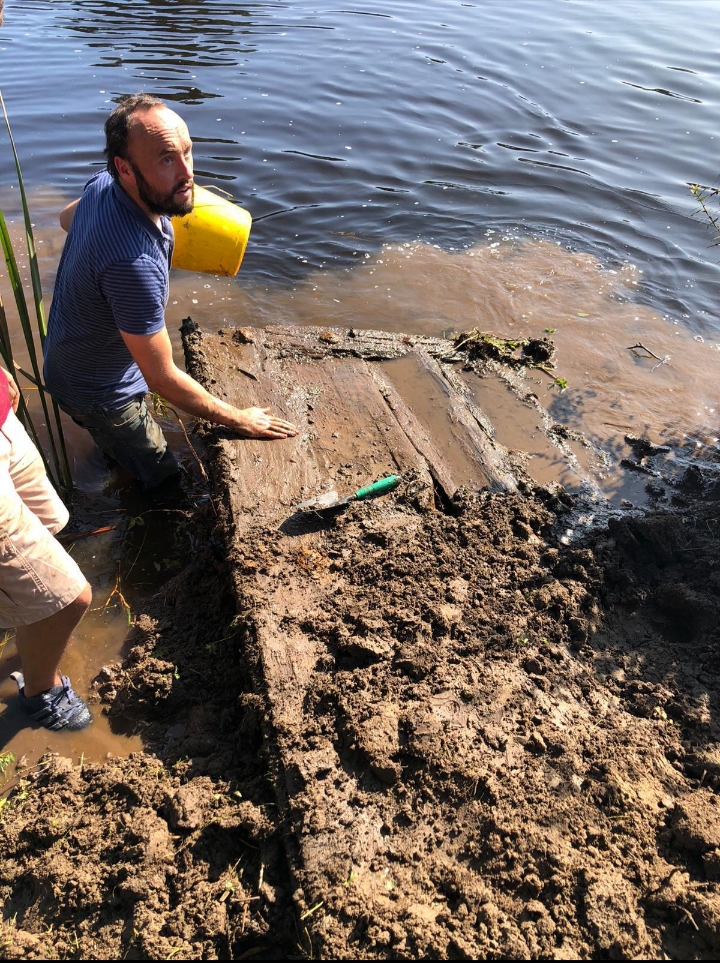 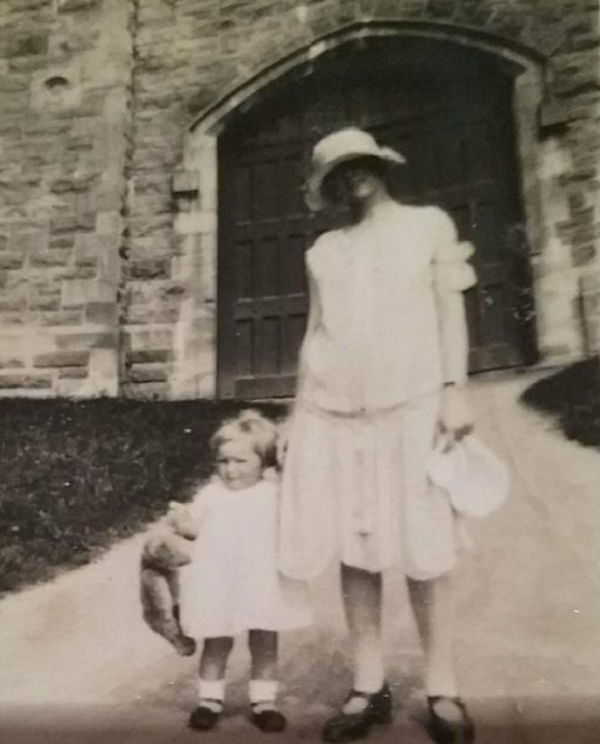 This old photograph shows the gates as they originally appeared on the gate lodge at Belleek Manor.

He has a huge personal interest in heritage and is eager to see Ballina’s incredible status as a heritage town that supported countless traditional Irish trades and industries better recognised.

Paul approached the Ballina Community Clean-Up group earlier this year with a proposal to retrieve the gates, knowing that the organisation has the passion, knowledge and skill to carry out the delicate operation.

The first of the two gates was successfully retrieved from the river at the weekend. It is hoped to pursue the second one in the coming weeks while the search continues for a third part of the gates which seems to have disappeared without trace.

It is hoped that the gates can ultimately be fully restored and displayed publicly in Ballina for all to enjoy.