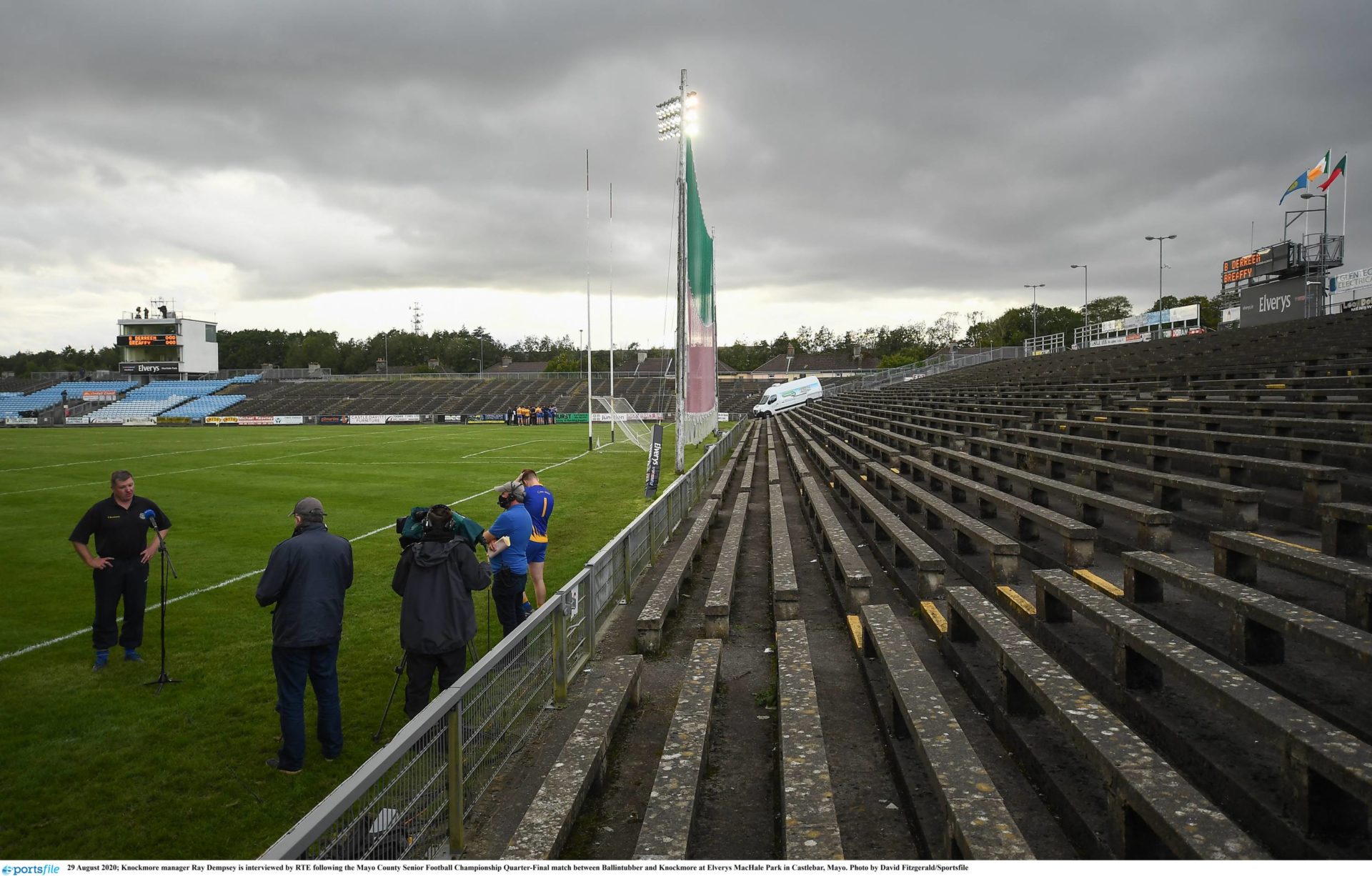 The county finals are on this weekend. It is a festival of football which will interest both the partisan and the neutral. My normal practice every year, come hail or shine, is to be there in person, whoever is in the final. County finals weekend is the chance to kick the tyres on the season and start to talk – in whispers – about the next one. It’s always a great weekend and one of my favourite occasions in MacHale Park

It isn’t just about this weekend. Everyone who has seen it tells me this has been a brilliant season. Marvellous free-flowing football has been on show, featuring exciting players, battling in tight games. Getting the blood racing – if not, this time, the eyes popping – is the talk of new and fast forwards. You could summarise what I have seen of all that with one word: glimpse.

But we must make the best of whatever view we can get. And to get a better view there will be no escapades – from me at least. One of my favourite films growing up was ‘The Great Escape’. If there is a version of it this weekend, the plot twist will be that the tunnel is designed to break into the heavily guarded facility, rather than out of it. And if you are rumbled, you will be put on the outside of the fence. So if anyone is digging for this weekend, just make sure you don’t pop up on the ‘45.

There will be no hiding place if you do. The searchlights of TV or the Mayo GAA streaming service will pick you up and fix you in their beady eye. Those eyes are what I and all the rest of us will be relying on.

It will make for a strange and eerie atmosphere, especially when cups are presented.

There are three games this weekend. In the senior, I like the look of both teams. I hope though they will not run me out of Lough Conn way if I say that I would love to see Aidan O’Shea win the medal which is his due. He is a natural-born leader and he deserves, this Sunday and on other days, to be a winner.

Not only because of the colour of their jerseys, I give Kilmaine the nod in the junior. Naturally enough though, my eye will be most firmly fixed on the intermediate final. Kiltimagh and Balla are neighbours, and so this is a derby. 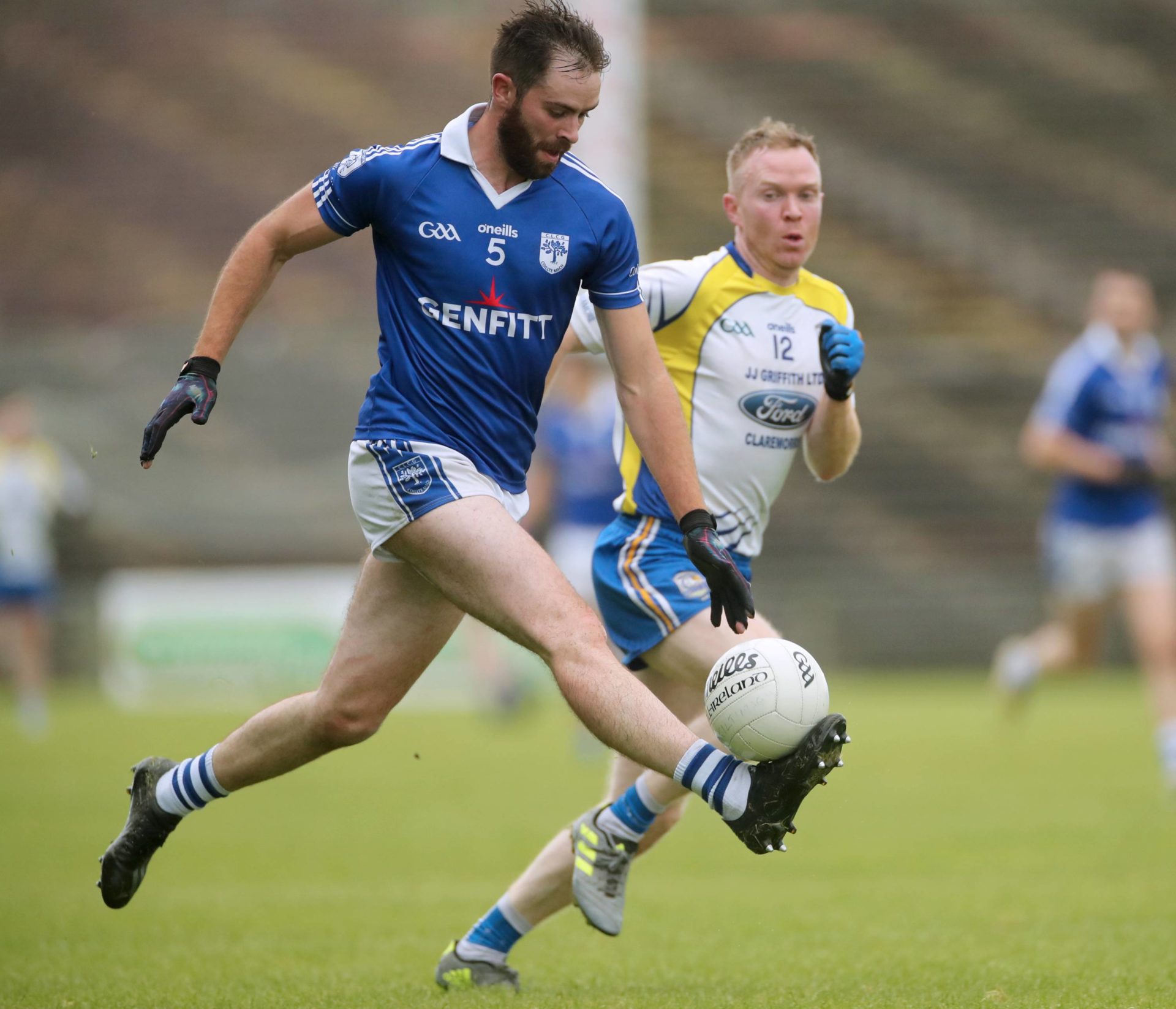 But it is a not especially bitter one. This is partly because Balla and Kiltimagh people have always got on well together. Close and all as the two clubs are geographically, they are distant in GAA terms because Kiltimagh is an East Mayo club and Balla a West Mayo one.

For that reason, the elation and bitterness of underage victories and defeats have not sharpened the edge of the rivalry. Balla’s quarter-final with Mayo Gaels had more of an edge to it. Balla and Mayo Gaels are also in two different divisional areas, but the edge is there for other reasons. The closeness there is such that they aren’t really neighbours, as you might say they more or less live in the same house.

That isn’t quite the same with Kiltimagh. For Kiltimagh, our keenest derby rivals are Aghamore, Moy Davitts and Swinford. As a young lad playing football, beating Swinford was as good as it got — and it wasn’t got often.

But that doesn’t mean that the final will have no edge to it. The two clubs do have some history, with Balla defeating Kiltimagh in a Minor ‘A’ Final in 1989, a title Kiltimagh won the following year in 1990.

Those victories foretold the strongest years ever for the two clubs, with both reaching a senior county final in the 1990s.

You would, as they say, want to have been in the full of your health to take the field against either of those teams.

Kiltimagh have been stuck in gear for the past few years, with a very good team, coming very close in the intermediate championship but not crossing the line. Balla have been moving up the gears, recovering from leaner times back towards where they feel they rightly belong. They have taken off at a fair clip now, and how the pace of that clip will fare against Kiltimagh is what gives the game its fascination.

The frontier between the two places is Craggagh, where the school more or less acts as the dividing line between the two clubs. Craggagh is where the Langans come from. We are the Kiltimagh side — the blue jersey that designates our side of the line will be on my back this Saturday even while watching remotely.

Most clubs are like the Gaelic clans of old: a confederation of families whose names appear again and again over history. In Kiltimagh’s case, Byrne, Lydon, Lavin, Kelly, McNicholas, Keegan, Gallagher, Cosgrove, Heneghan, Mallee, Forkan and plenty of others. Our club draws from Craggagh and from Knock, where so many of our most famous names have come from.

For Balla and indeed every other club playing this weekend, the match programmes of old would show the same pattern. So while it is a game, it also reflects something very deep within us. It is the manifestation of tradition. Everyone at the game on Saturday will remember with affection Darragh Sloyan, who embraced that tradition and graced that blue jersey.

There will be three winners this weekend and their names will be added to the roll of honour. There will be fierce competition to decide who gets their name on each of the cups.

All my hopes are with the boys in blue. But once this weekend is over, our eyes look to another competition, and those eyes, far removed from the action as they will mostly be, will all be looking the same way.