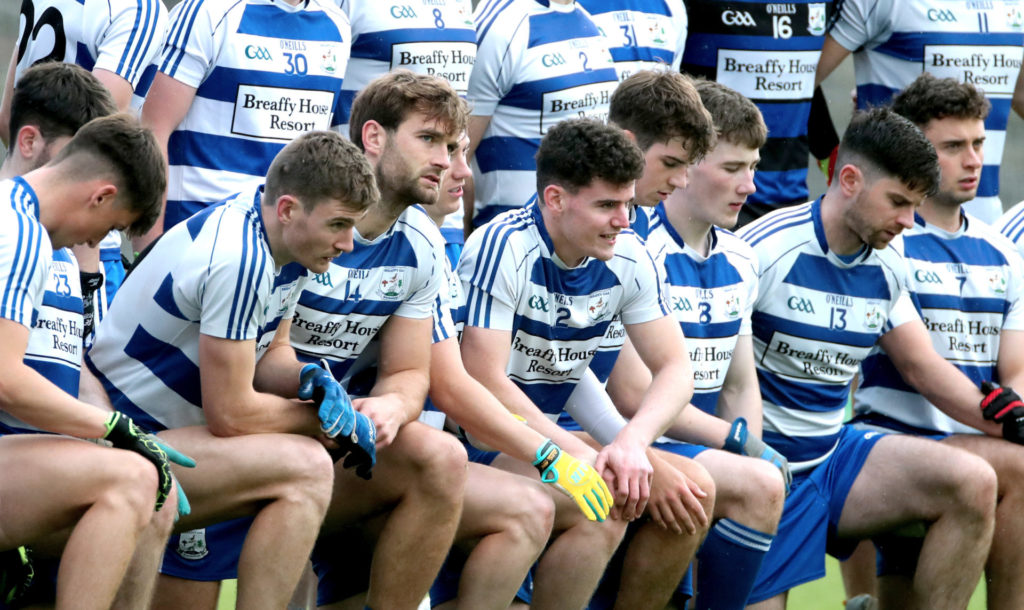 Aidan O’Shea and his Breaffy teammates are aiming to become the club’s first team to lift the Mayo SFC title. Picture: INPHO/James Crombie

The upsides of the Covid-19 pandemic have been precious few and very far between, but the crisis did inadvertently create the environment for arguably the best Mayo senior championship in recent memory.

A much higher proportion of players were at home during lockdown than would usually be the case, meaning clubs were generally able to put out their strongest sides. The three months of almost complete inaction between March and June allowed time for niggly injuries to heal, meaning players were fit and fresh for the back end of the summer. And, perhaps most importantly, the absence of an inter-county game through the summer months meant the clubs had unfettered access to their star men.

That last point was elaborated upon by Kevin McLoughlin in the wake of Knockmore’s semi-final win over Ballina. McLoughlin said that this has been one of the most enjoyable summers of his senior career, simply because he has been allowed to focus entirely on representing his club instead of trying to serve two masters at once as would usually be the case.

“As a footballer that’s what you want – to do bits of training and plenty of games. That’s what every footballer wants. You don’t want to be training for six months of the year to be playing for a month,” he said, adding that he has also been able to form a closer bond with his clubmates.

“It’s allowed me to get to know them a little bit better from training with them more frequently. If I was in with Mayo and just came back into the set-up only having had a few chats with them.. it does make a big difference for camaraderie and that kind of stuff.”

The likes of the GPA have seized upon the sudden change in perspectives to propose sweeping changes to the club calendars, splitting the season into clearly-defined blocks for club and county with very little in the way of overlap. Who would have thought that all the GAA needed to change its ways was a global super-virus? 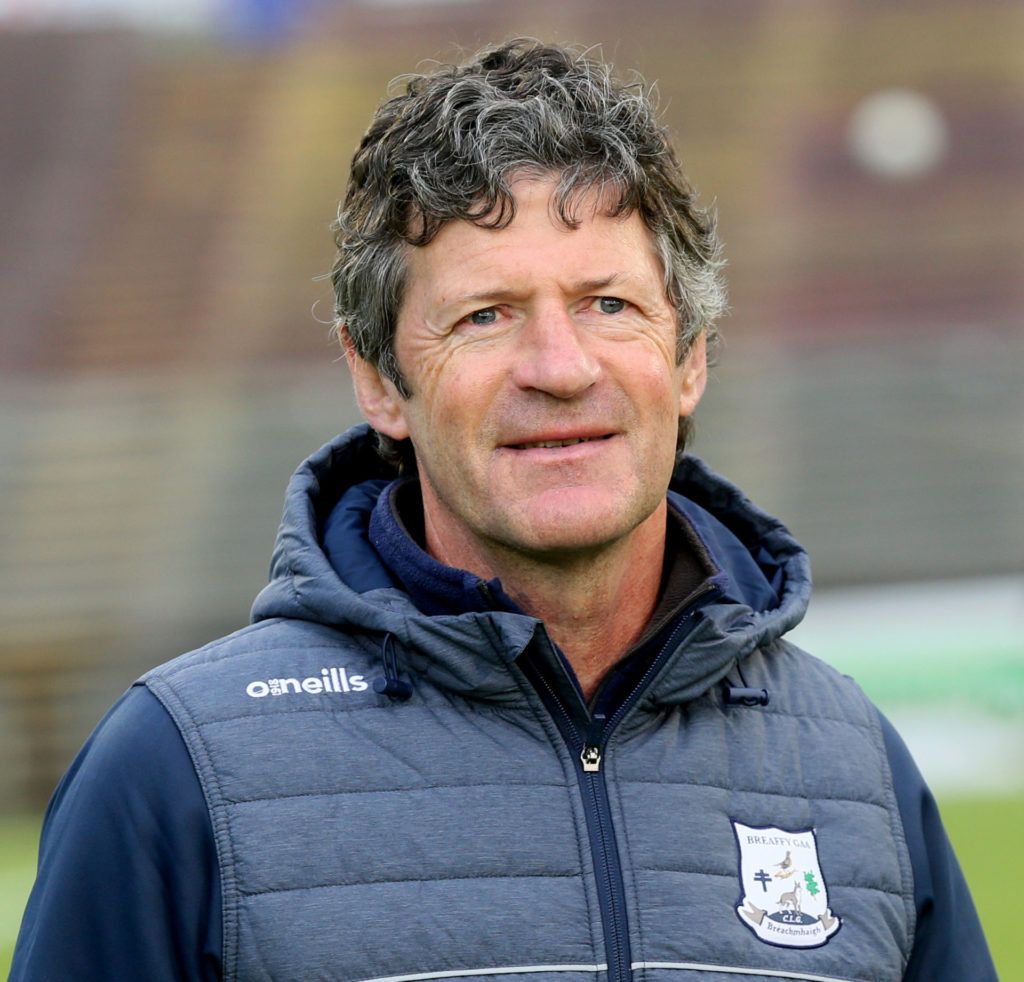 Peter Ford is in his fifth season in joint-charge of Breaffy.

With the change in approach came a swell of new contenders for the senior crown in Mayo, with teams like Ballina, Westport, The Neale and, most notably, Knockmore, rising up to challenge the old guard. Sunday’s final will be the first since 2009 to feature neither Ballintubber nor Castlebar Mitchels, the twin juggernauts of club football in the 2010s who were out of the running by the quarter-finals and group stages respectively.

But – to eventually arrive at the point – standing defiant against that trend are Breaffy. The last of the old stagers, the only leg of the three-legged stool of dominant West Mayo clubs still upright as the championship reaches its climax. For most of the last decade, Breaffy have had to watch as their near neighbours to the west and south hoovered up Moclair Cups. Three times in the last seven years they went to the final with hopes of claiming a first-ever senior title only to lose out to one or the other of Mitchels (in 2013 and 2015) or Ballintubber (2018).

But just as age and the miles on the clock seemed to catch up with both of those champion teams simultaneously this year, Breaffy have endured and prospered. Their victory over Mitchels in Round 2 of the group – their first-ever over Castlebar in the championship – was the ignition point for a run of wins that saw them end the ambitions of Charlestown, Ballaghaderren and Westport over consecutive weekends to arrive in Sunday’s final with the biggest prize of them all within their sights.

Few clubs have benefited from the availability of their county players more than Breaffy this year. With the three O’Sheas, Mattie Ruane and Robbie Hennelly all at the full disposal of Peter Forde and Shane Conway, they have grown in strength and stature game-by-game. At the core of their game is their sheer physicality, embodied by men like the O’Sheas, Ruane, Robbie Fadden, James Minogue and Mark Dervan, but they have silk along with their steel in the forms of Colm Flynn, the ever-elusive Tommy O’Reilly, roving wing-back Daire Morrin and Paul McDermott.

They have battled injuries to the likes of O’Reilly, Dervan, Michael Hall and Seamus O’Shea and the long-term loss of Conor Beirne, but those absences have given opportunities to young players like Ben Murphy, Stephen McDermott and John Deane. They arrive in the final with a relatively clean bill of health and several viable options from the bench. 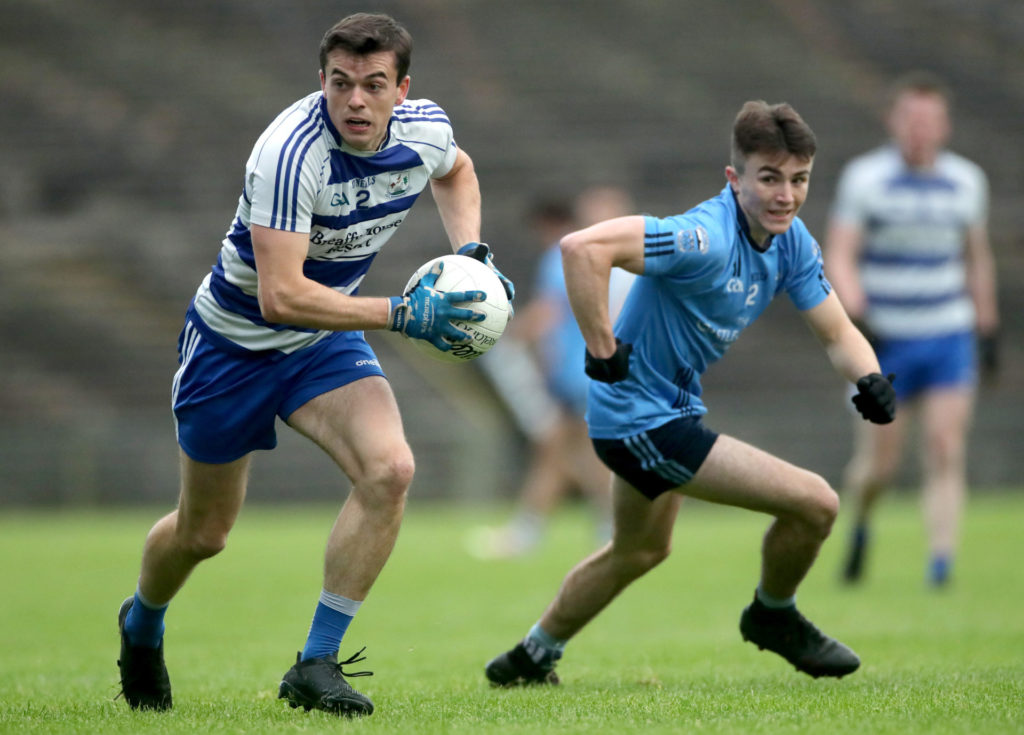 Much like Kiltimagh in the intermediate final and even Kilmaine in the junior, Breaffy are out to finally shed their nearly-men tag. That might sound a harsh way to describe one of the most consistently competitive clubs in the county over the last ten years but until they eventually get over the line, the doubters will always exist.

This could well be their last great chance. The rise of Knockmore, Ballina and Westport is compelling evidence that the age of the Ballintubber-Mitchels-Breaffy dominance of the senior championship may well be at its end. Of the 20 county final berths between 2010 and 2019, a staggering 17 were taken up by those three teams, with only Ballaghaderreen (in 2012 and 2019) and Knockmore (in 2016) able to buck the trend.

Two of those three teams have receded this year and look to be entering periods of transition. Only Breaffy remain standing, one massive effort away from finally claiming the title they have spent the best part of a decade craving. Whatever way the dice fall on Sunday afternoon, you can be sure they won’t die wondering.

Pick up your copy of this week’s Western People (print or digital) for a full preview of the 2020 Mayo senior, intermediate and junior football championship finals, including exclusive interviews and guest analysts.