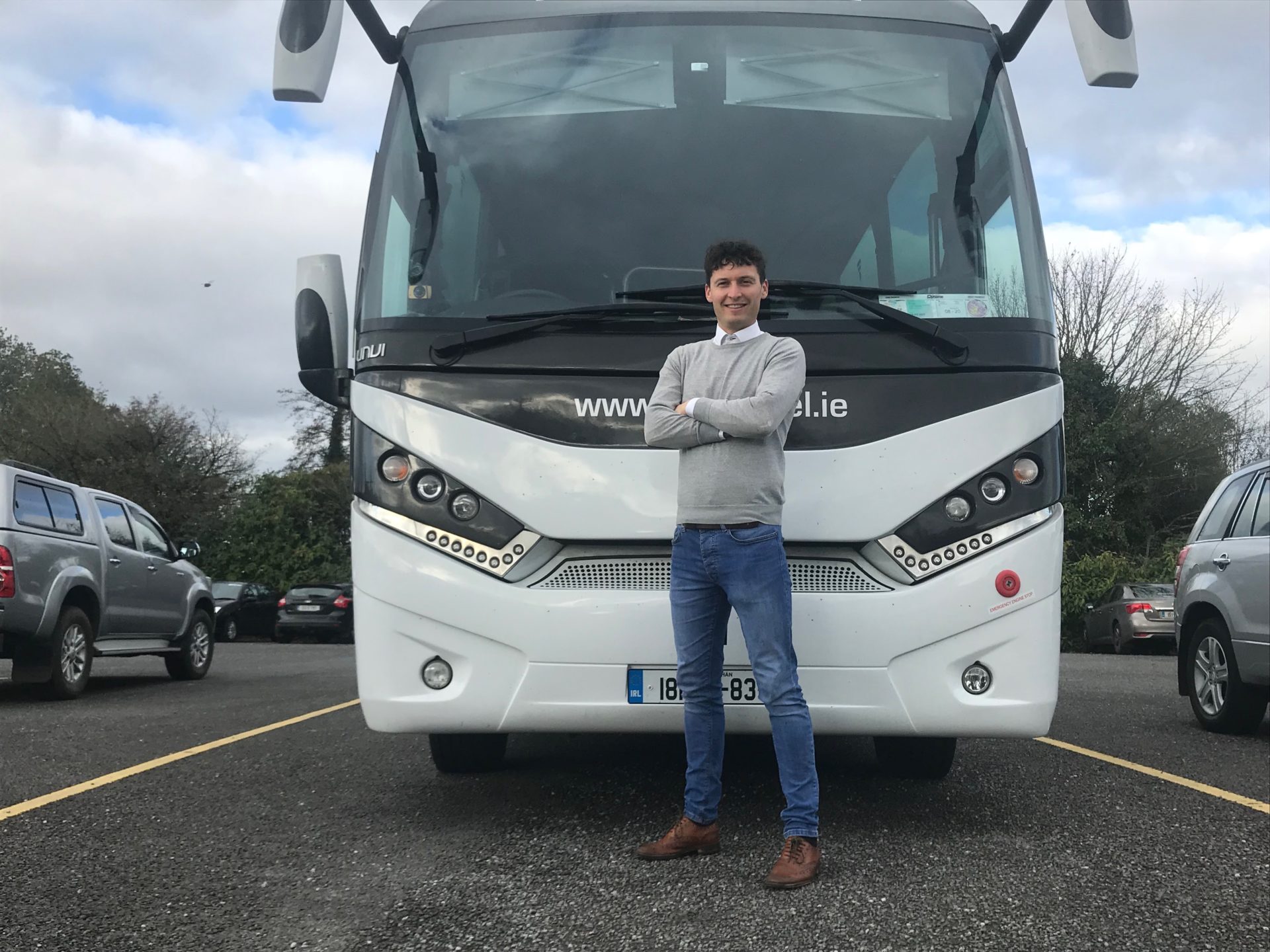 A Knock man who has arranged travel and cataract procedures for people in the north has hit out at Taoiseach Micheál Martin for mocking his work.
Aontú representative for Mayo, Paul Lawless, said Mr Martin’s Dáil remark on the EU cross border directive was “a slap in the face to those I bring to Belfast for cataract procedures”.
His comment came after Independent TD for Cork Deputy Michael Collins raised concerns in the Dáil about the threat posed to the Cross Border Directive by the chance of a no deal brexit.
“The Taoiseach responded by jeering and mocking Deputy Collins, saying “you guys put the buses together and run a bit of an auld operation”. He failed to answer the very important question – what will happen with the cross border directive in the event of a no deal?” explained Mr Lawless.
Angered by the lack of certainty Mr Lawless said it’s not the first time Deputy Martin has “poked fun” at organisers of the bus service.
“Earlier this year, during the general election campaign, Deputy Martin was more than happy to use the cataract buses during one of the leaders’ debates against Leo Varadkar. He referenced the elected representatives who bring patients to Belfast, in an obvious and blatant attempt at political point-scoring. At the time I challenged Fianna Fáil to list the names of their TDs who’ve taken patients to Belfast. Unsurprisingly they did not furnish us with any names”.
Mr Lawless is organising another bus to the north over the weekend of October 10 and 11 with consultation and surgery taking place on consecutive days and he’s received a high level of enquiries from those planning on travelling.
He urged Micheál Martin to cease his “lame attempts at humour” and take the issue seriously.
“We were promised by Simon Coveney, under the previous government, that legislation would be put in place to protect the directive in the event of a no deal. The Taoiseach should show a little more compassion for those who suffer from either a latent or imminent attack of blindness and perhaps show a little more respect for the directive because without the buses we organise, patients could go blind while sitting on waiting lists in the south.”