Man arrested in relation to Ballaghaderreen hit and run 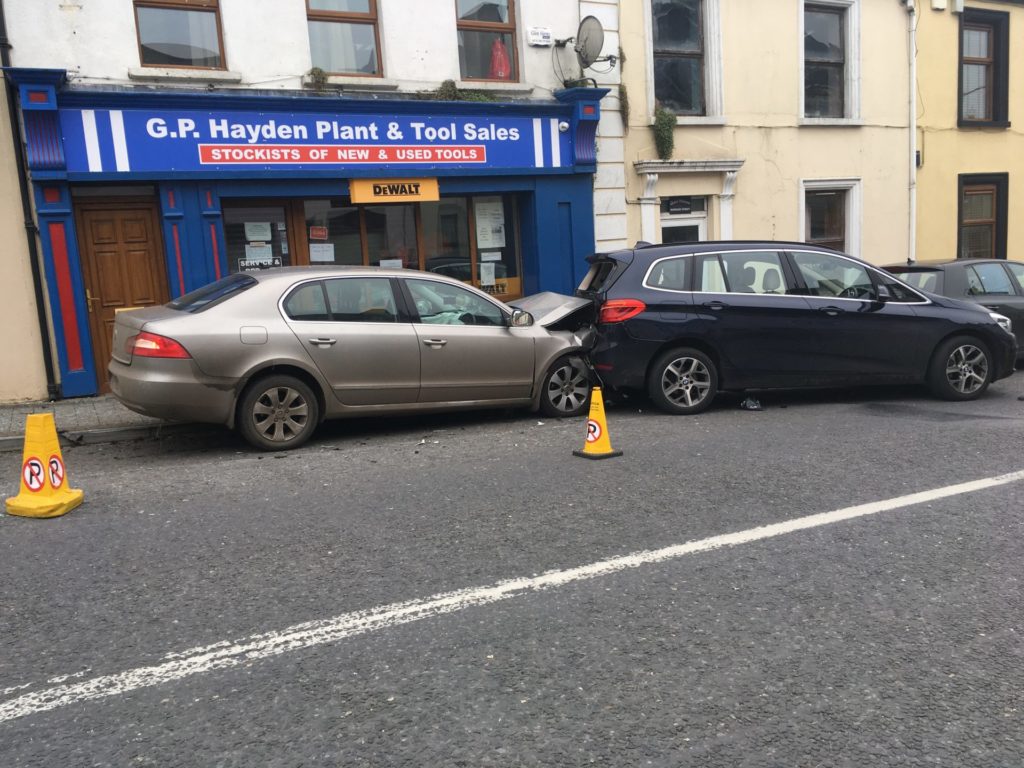 A woman was injured and four cars damaged in a hit and run accident in Ballaghaderreen this morning, writes Marian Duggan.
The incident occurred at Barrack Street shortly after 9am as businesses in the town were opening and people were making their way to work.
A male fled the scene but was later arrested in the Ballaghaderreen area and taken to Castlerea Garda Station for questioning.
Four cars were damaged in the crash.
A woman was taken to hospital by ambulance but her injuries are described as minor.
The local fire service was not called to the scene but gardaí cordoned off the area to carry out further investigations.
Anyone with any information about the accident should contact investigating gardaí in Castlerea Garda Station on 0949621630.