TD calls for hare coursing to be banned 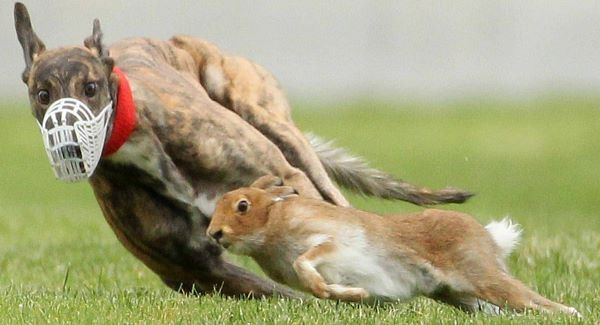 The proposals would see anyone who takes part in coursing fined €1,000, while they would also face up to six months in prison.

Mr Murphy said 75 hares have died in the last four years as a result of coursing.

He said: “It’s beyond time for Ireland to ban hare coursing. We’re one of only three countries in the EU that hasn’t moved to ban it. It’s even banned in Northern Ireland.

“Hare coursing is a really cruel and barbaric practice. Every year, over 5,000 hares are captured in the wild, they are held in captivity, in very close confinement to each other when they’re solitary creatures. They’re trained in which way to run and then they’re coursed.”

Mr Murphy added: “They’re released down a track, they run, and they’re chased by two dogs which are ten times their size.”

He said that less hares have died since the dogs involved in coursing were muzzled but that hundreds of animals have still been pinned to the ground and suffered serious injuries.

“I was brought up to love and care for hares, I know where they are in our farm. These people that are involved in hare coursing have to get permission from the farmers or land owners to net the hares, one of the understandings is they have to bring back the hares again.

“That always happens, and if it didn’t happen one year they wouldn’t be allowed go in the next year.

“There are people right around [Kerry] who are spending thousands of euros on this sport, they have been doing it for generations. They certainly care for the hare, and love them as much as they ever could.”

Concerns over spread of virus over Border into Republic

The Level Three restrictions people from Donegal will be facing

Man arrested in Dublin in connection with cocaine seizure worth €3.5m