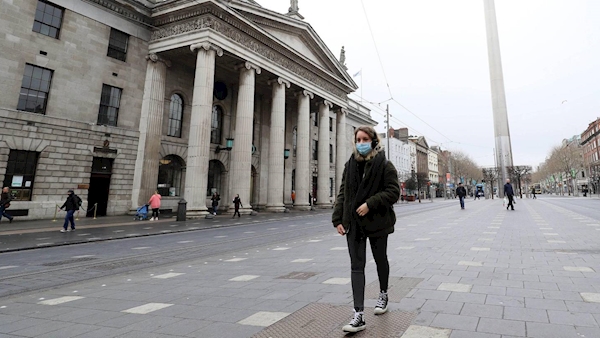 New rules for the capital have come into effect as of midnight last night, following the announcement of the Government’s new Living with Covid-19 plan.

The guidance detailed a new framework for restrictions, with five levels to indicate the level of severity. Level one represents the lowest level of restrictions while level five would be a lockdown situation.

The Government came under scrutiny for deciding to place Dublin on level two with the remainder of the county, while imposing additional measures in the capital to curb the spread of the virus there.

The incidence rate of the virus in Dublin on September 14th was 95.1, while some areas of the county have even higher 14-day incidence rates per 100,000 people, including Dublin North West with 131.3.

For Dublin, the restrictions are as follows:

Criticising the decision to place Dublin on level two with additional measures instead of level three, Labour Party leader Alan Kelly described it as giving the capital a “yellow card”.

“We cannot have a situation where we have Dublin at two and a bit, that they sort of get a yellow card, but if they behave themselves in a short space of time they may do back to where all the rest of us are.

“It’s like something Orwellian, some of us are more equal than others. If you say that to the people in Laois, Offaly or Kildare, they won’t agree with you.”

Elsewhere in the country, existing measures remain in place until October 4th.

Swimmer dies after being pulled from the sea in Dublin

Group of supporters call on Social Democrats to have leadership contest