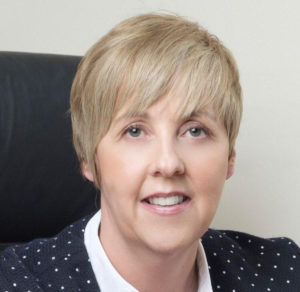 A Mayo native has made history by becoming the first woman ever to hold the position of President of Connacht Rugby.

Originally from Partry, Ann Heneghan is now living in Galway and is the first woman to hold a Presidential role at provincial level in Irish rugby.

She will have the distinct honour of holding the position when Connacht Rugby marks its 135th anniversary in December.

Ann owns and runs her own law firm, Heneghan and Associates, who have offices in Galway and Claremorris.

She has a primary degree in English and Politics after which she embarked on her legal studies. After qualifying in 1994, Ann worked as an assistant solicitor with Maguire and Brennan in Claremorris for ten years.

She always had a keen interest in rugby initially becoming chairperson of the Connacht Rugby Supporters Club.

She was then invited to chair the Disciplinary Committee with Connacht Rugby and after five years took up the junior vice President position.

She undertook a training workshop and is a Judicial Officer with World Rugby, meaning she can adjudicate on cases involving the Pro 14, Champions Cup, Challenge Cup and World Rugby.

Speaking on her latest appointment, Ann said: “Having been involved with the supporters club at a time when the future of Connacht Rugby was in jeopardy, it is particularly pleasing to see how the province has grown and flourished over the intervening years.

“I am particularly looking forward to engaging with all of the volunteers involved in the game across the province. Connacht Rugby’s vision of ‘Grassroots to Green Shirts’ reflects the ambition we have for the game at all levels and I look forward to playing my part on the next stage of that journey.”