History repeats itself as Census 2021 is postponed 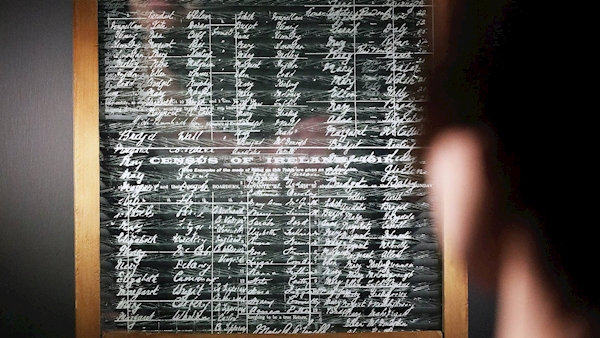 The census which was due to take place next year has been postponed to 2022 due to public safety concerns.

It is a case of history repeating itself because a century ago the census of 1921 was postponed due to the War of Independence.

Kathleen Goulding from the Central Statistics Office (CSO) said the ongoing Covid-19 crisis made the holding of the census impossible.

“Primarily the reason for the deferral is public safety and the fact that we would be putting over 5,000 census enumerators outside, knocking door to door.

“In the current environment it does not seem in the interest of public safety to do that.”

The government said today that on the advice of the CSO, it has decided to postpone the census to April 3rd 2022.

Ms Goudling said they were also concerned that they might not get an accurate census:

“Another reason is that you possibly would not get a good enough response because of people being fearful and not answering the door to people.”

She said if they do not get a good enough response from people, it makes the whole census meaningless.

There is also the issue of recruiting the amount of people needed to carry out the census. She said while it is ‘not impossible’ they need extra time to train the new staff, with the impact of Covid-19.

Regarding doing the census online, she said it would take a lot of planning and most of their systems are already in place for how they do it now.

“It takes a lot of time to do an online census and you actually have to do a traditional census alongside it as well, because it is a transitional phase,” she said.

Their hope is that by 2022 we will have gotten to a stage where there is either a vaccine for the virus or it is safe enough to send out the amount of enumerators needed for a census.

In a normal census year they would start recruiting and training now so they would be ready for March and April the following year. However, due to the current restrictions it is just not feasible for it to be carried out at this stage.

While the possibility of doing the census online is out of the question currently, there will be a public consultation next year with the aim of finding out how they could do things better,

As Ms Goulding said “The public are very invested in the Irish census so you wouldn’t want to be taking any decisions without consulting them.”