Fire and ash: highlights from a hectic sporting weekend

The first county titles of the 2020 Mayo GAA season were claimed over the weekend as the county hurling championship was decided in Tooreen and the Mayo LGFA senior, intermediate and junior finals took place in MacHale Park and Swinford.

The finals continue this week with a multitude of divisional underage titles to be allocated over the coming days before the big games over the weekend; the county junior and intermediate finals take place at MacHale Park on Saturday before the minor A and senior deciders take place at the same venue on Sunday.

Here are our five highlights from a hectic weekend of sport on the local scene.

Tooreen were red-hot favourites to win their fourth successive TJ Tyrell Cup when they hosted neighbours and fierce rivals Ballyhaunis in the county senior hurling final in Adrian Freeman Park on Saturday evening. But the Ballyhaunis boys clearly hadn’t read the script, producing a brilliant performance to secure their first title since 2016 on a 1-15 to 1-12 scoreline. 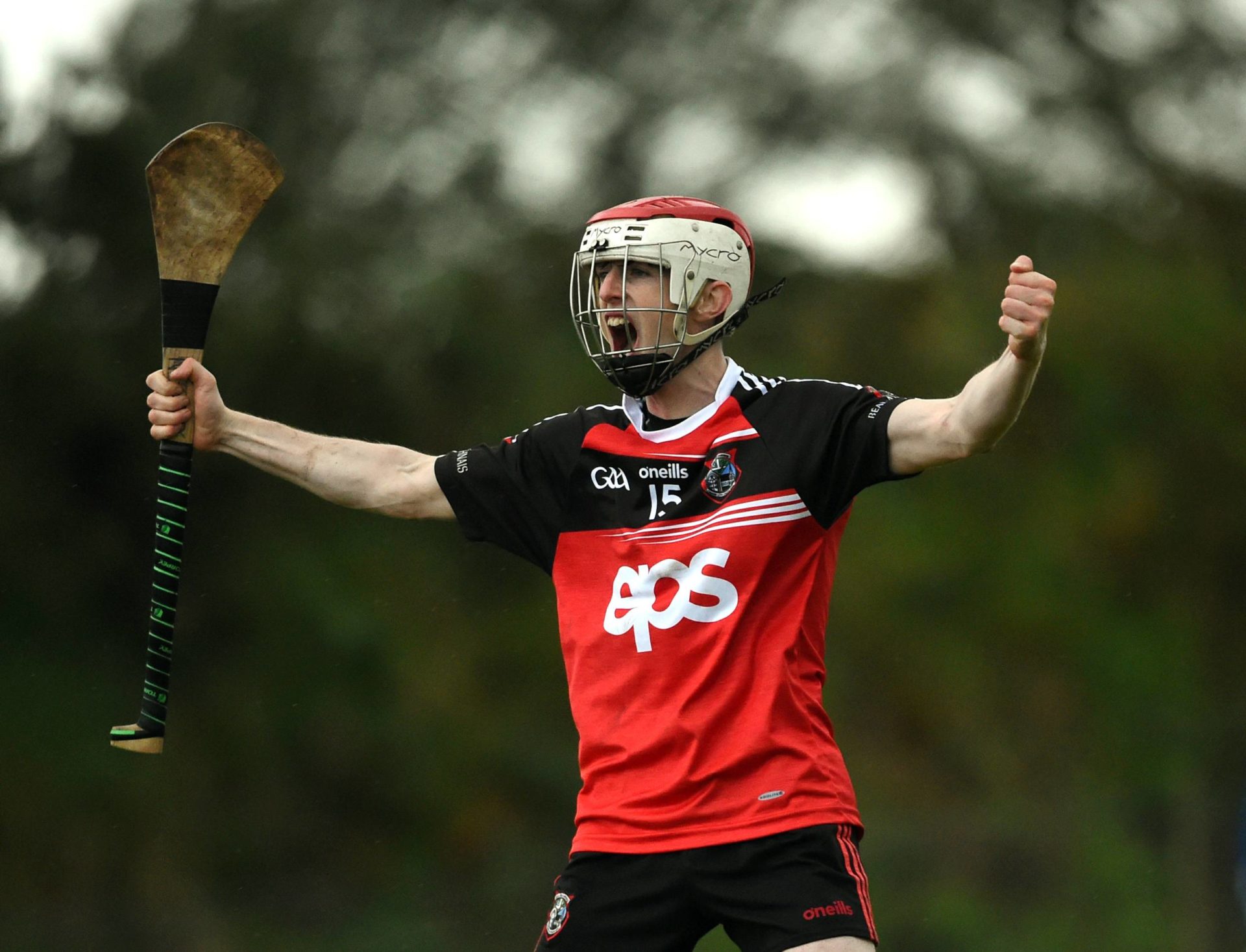 Keith Higgins was in phenomenal form for the champions, firing nine points from centre-forward, while the Man of the Match award went to Ballyhaunis’ Damien Keadin, who had spent the last three years in Dubai before returning home this summer to help the ‘Haunis to glory.

2 – Carnacon hoover up another title

It’s 21 county titles in a row, and 22 in total, for the ladies of Carnacon after they overcame Moy Davitts in the Mayo LGFA senior final at MacHale Park on Saturday night. The remarkable Carnacon dynasty has won every single title this millennium, but they were tested by Moy Davitts in this encounter and trailed by a point at the break.

But second-half goals from Aoife Brennan and Amy Dowling and eleven points from the terrific Cora Staunton helped the West Mayo club to a 2-16 to 0-11 win, extending what must surely rank among the greatest winning streaks in all of Irish sport for one more year at least.

Kilmovee Shamrocks were left heartbroken this time last year when they lost the Mayo LGFA intermediate final to a last-minute Kilmoremoy goal. The East Mayo club were clearly of no mind to let history repeat itself when they took on McHale Rovers, last year’s county and Connacht junior champions, in the final at MacHale Park on Saturday night. 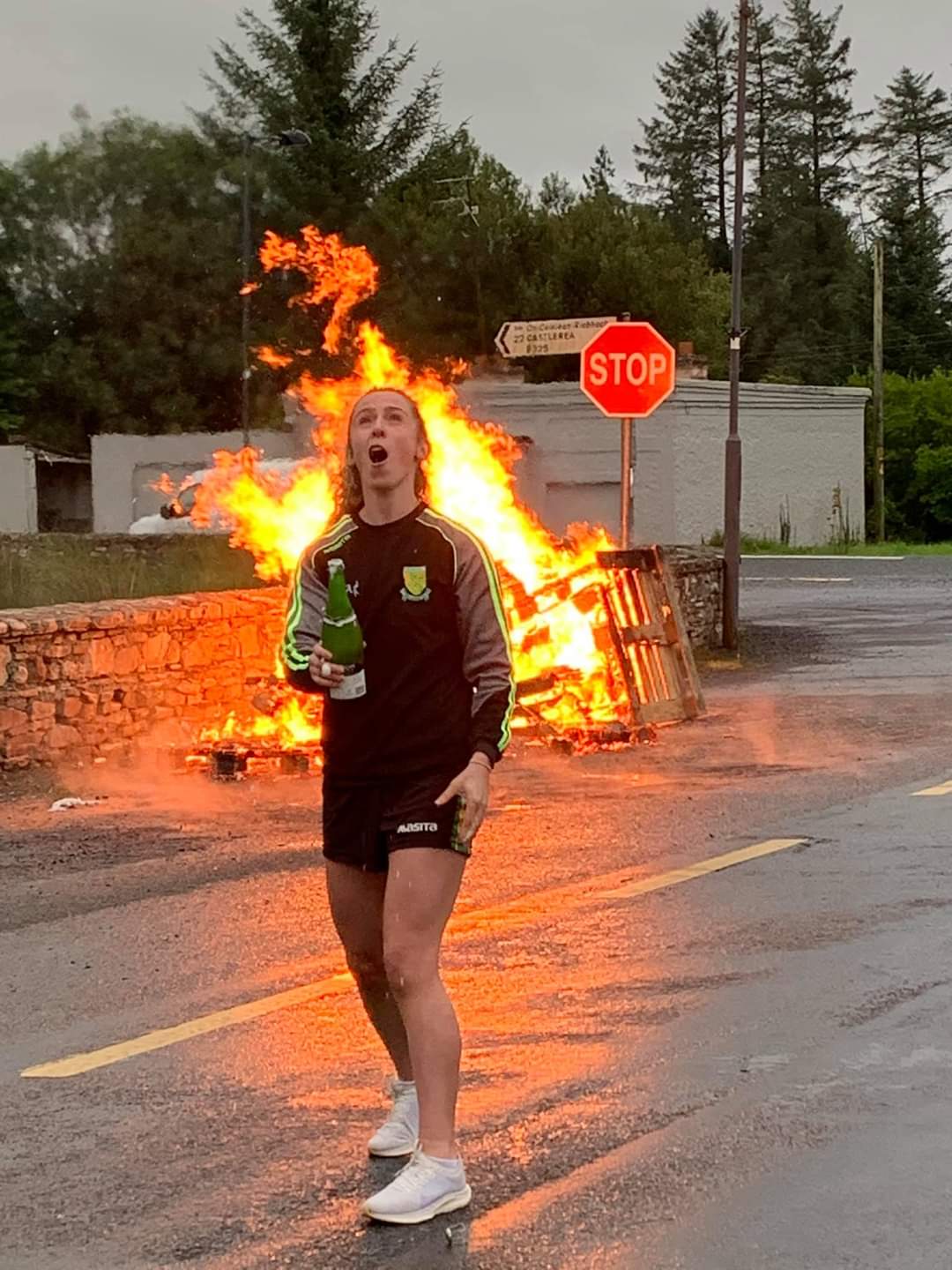 A hat-trick for Mayo star Lisa Cafferky, two goals from young full-forward Shauna Golden and a Player of the Match performance from goalkeeper Elaine Duffy helped the Kilmovee ladies to a hard-earned 5-9 to 2-13 victory. Their captain, Sinead Cafferky, subsequently went viral on social media with this fantastic photo, taken by her mother Irene, from the celebrations back at the crossroads in Kilmovee.

4 – Mitchels and Stephenites to clash in final

The two most successful clubs in the county, Castlebar Mitchels and Ballina Stephenites, will contest the county minor A final this Sunday after they came through their respective semi-finals against Claremorris and Moy Davitts on Friday evening.

Three second-half goals, two of them from Rory Morrin, helped the Stephenites see off the East Mayo champions from Moy Davitts in Foxford on a final score of 3-13 to 0-13, while Mitchels were made to work hard for their narrow win over South Mayo champions Claremorris in Balla, eventually emerging as 0-10 to 0-9 winners.

The final will pit together several of last year’s Connacht title-winning Mayo under-17 side, including Frank Irwin, Sam Callinan, Ciaran Boland, Dylan Thornton and Morrin from the Stephenites and Paul Walsh, Paddy Heneghan, Ciaran Mylette and Emmet Murphy from the Mitchels.

5 – Leaders pull away in Super League

On the soccer front, the 2020 Mayo FA Super League title race looks set to become a three-horse race after Ballina Town, Westport United and Manulla pulled away from the pack with victories over the weekend.

Town and United are deadlocked on 15 points at the top of the table after five games with Manulla just three points behind them on 12 after four wins from their first five.

Be sure to pick up your copy of the Western People on Tuesday morning for reports and reaction from the weekend’s big games as well as our extensive previews of next weekend’s county finals.