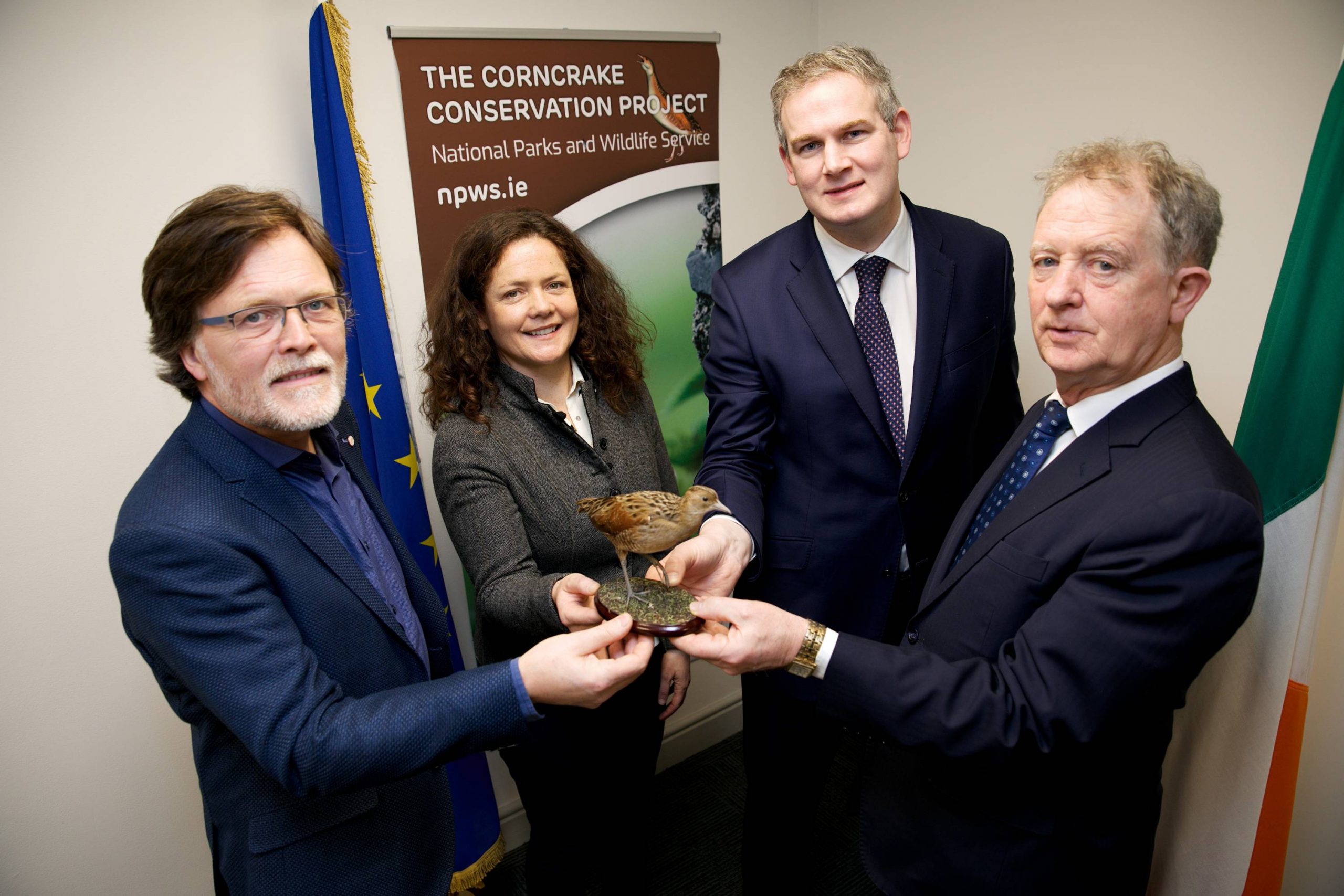 Pictured at the launch of the project to protect and increase corncrake numbers in Ireland were, from left: Denis Strong, Regional Manager, National Parks and Wildlife Service; Sinead Cummins, Birds Unit, National Parks and Wildlife Service; Sean Kyne, Government Chief Whip and Minister of State for Gaeilge, the Gaeltacht and the Islands; Gerry Kiely, Head of the European Commission Representation in Ireland.

First the first time in 30 years, the distinct sound of the corncrake has been heard on Clare Island this summer.

The draft 2020 census of the rare bird shows the numbers of calling males around Ireland now totals 145.

It is a far cry from the 1970s when an estimated 4,000 calling males were dotted around Ireland, but it is an improvement on previous years and shows the corncrake can be saved from extinction.

Interestingly, the nettle has emerged as an important conservation weapon in increasing numbers of the shy and elusive creatures near Belmullet. The Mullet peninsula has always been an important location for corncrakes and is key to the conservation project in Mayo.

“It has been an exceptional year for the bird,” Mr Strong remarked.

Clare Island has heard the sound of the corncrake for the first time in 30 years.

Last January, the NPWS received €4.3 million from the EU to fund a four-year conservation project for the corncrake, bringing the total budget for the project to €5.89 million.

The project focuses on improving the conservation status of the corncrake in Ireland.

Once synonymous with the Irish countryside, the population of the corncrake has declined by up to 92 per cent since the 1970s due to modern farming methods.

The species is now effectively confined to Connacht and Donegal, including offshore islands, and supporting the corncrake in these remaining areas is critical to its survival.