This has been an unexpectedly enjoyable summer for Kevin McLoughlin. The circumstances that led to him being in camp with Knockmore through July and August rather than ensconced with Mayo as would normally be the case may be far from ideal, but the GAA’s stop-gap of a split season has allowed McLoughlin to spend a longer period of time training and playing with his club than he has enjoyed since he became a county regular over a decade ago. 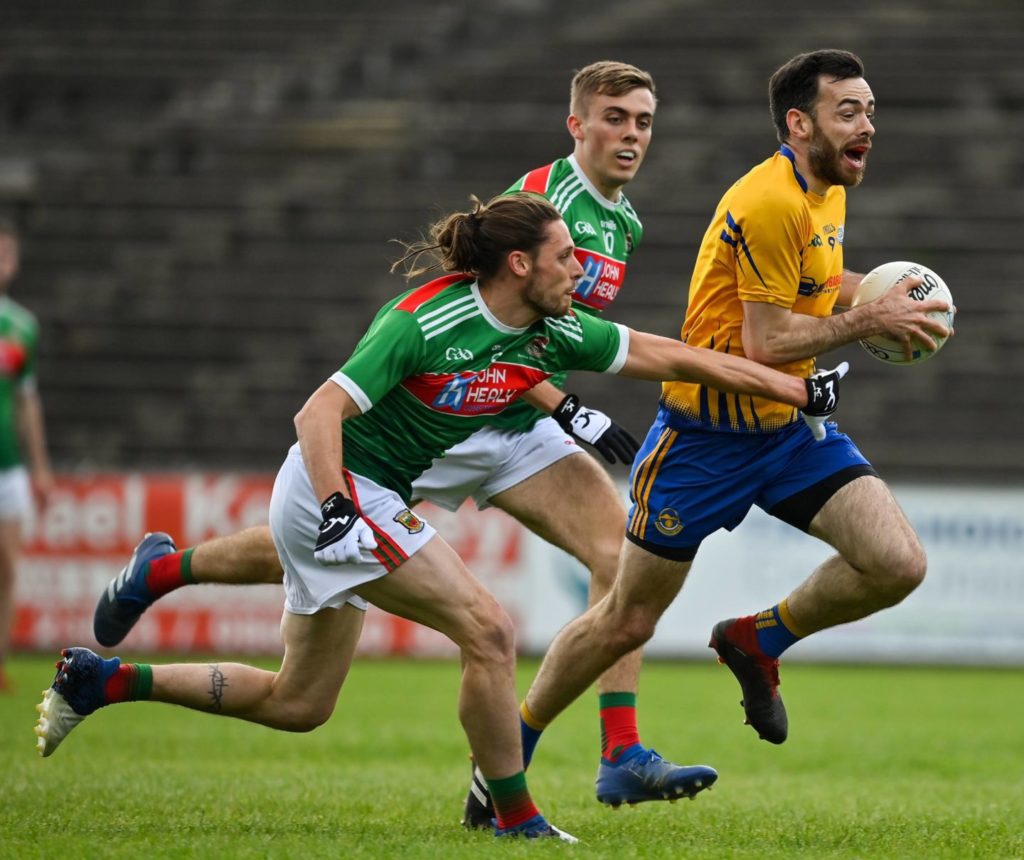 The club focus is lasting right up until the very last week of the season as Knockmore prepare for next Sunday’s county senior football final, having secured their place with victory over Ballina Stephenites last weekend. McLoughlin said the experience has come as a welcome change of pace.
“It is, simply because we’re playing games,” he says. “As a footballer that’s what you want – to do bits of training and plenty of games. That’s what every footballer wants. You don’t want to be training for six months of the year to be playing for a month.
“We do have a young team. I would have seen them playing over the last couple of years but not really known the lads personally. It’s allowed me to get to know them a little bit better from training with them more frequently. If I was in with Mayo and just came back into the set-up only having had a few chats with them… it does make a big difference for camaraderie and that kind of stuff,” he continued.
McLoughlin turned in a tour-de-force performance as Knockmore blitzed the Stephenites early and held firm against a second-half comeback to qualify for the final against Breaffy on September 20. 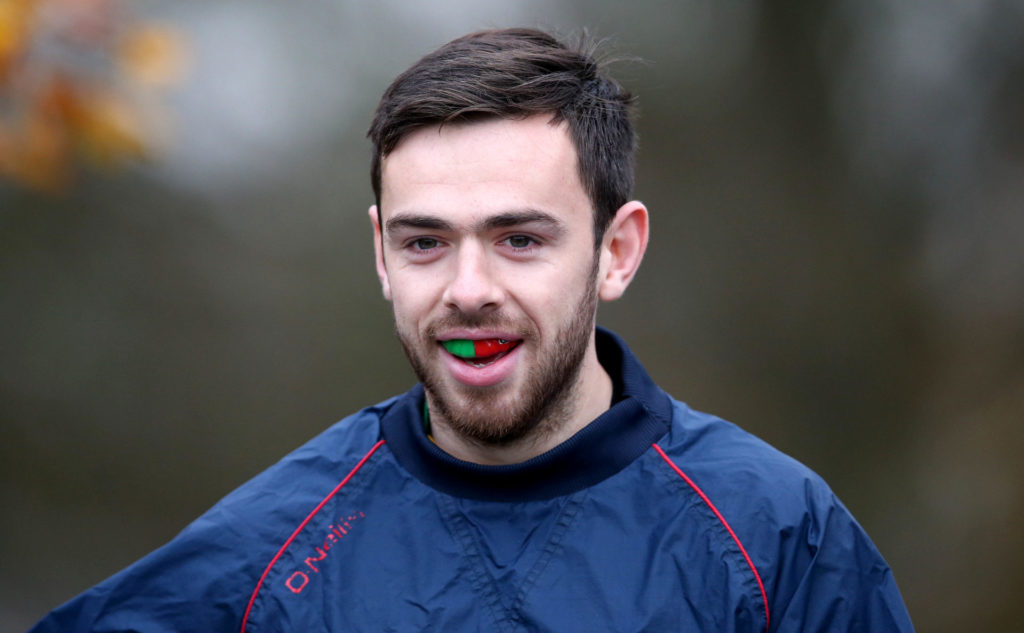 “It was irrelevant who we were playing,” he assured. “That was our key, just to get the win and to put ourselves in a position to play in a final.
“You want to start every game well and we did start really well, probably a bit better than we were anticipating. We didn’t necessarily plan on going all guns blazing but that was the way it worked out. That set us up for the rest of the game.”
McLoughlin said the lessons learned from the narrow group stage defeat to Ballina had been crucial in how Knockmore had approached the rematch.
“We knew ourselves after that game we had played really good football, but in the last fifteen minutes we let ourselves down. We let Ballina back into the game. Today we were just focused on ourselves and making sure we played for 60 minutes. We knew if we played for 60 minutes we’d be in with a really good chance,” he offered.
That game, like games all around the country, was played in front of practically empty stands at MacHale Park, with only the extended panels and a handful of stewards present to see the action in person. McLoughlin, however, believes the lack of a crowd hasn’t made a huge difference to the players but has sympathy for the supporters, including his own family, who have been unable to attend the games due to the restrictions.
“When you’re out there playing in the heat of it, it’s something you don’t take that much notice of anyway. Whether you’re playing in front of 80,000 or nobody, when you’re out there you don’t take that much notice. When there’s a big score kicked the people that are in the crowd are making enough noise for you to hear it.
“But there are plenty of others as well that would love to be here watching the game. There has been good stuff going on with Mayo GAA TV and RTÉ, so they’ve been able to watch the games, but they’d love to be here.”
Knockmore’s progress means McLoughlin hasn’t given much thought to inter-county football, the prospect of which remains very much up in the air even with county panels officially allowed to resume collective training from this Sunday (September 13).
“To be honest I didn’t overly think about it,” he said. “I knew there were a couple of weeks ahead of us to play club football and to a certain extent I’ve put it to the back of my mind. As far as I was concerned, Mayo football may or may not go ahead, so as far as I was concerned it didn’t exist until Knockmore was finished.”