Relentless Carnacon make it 21 titles in a row 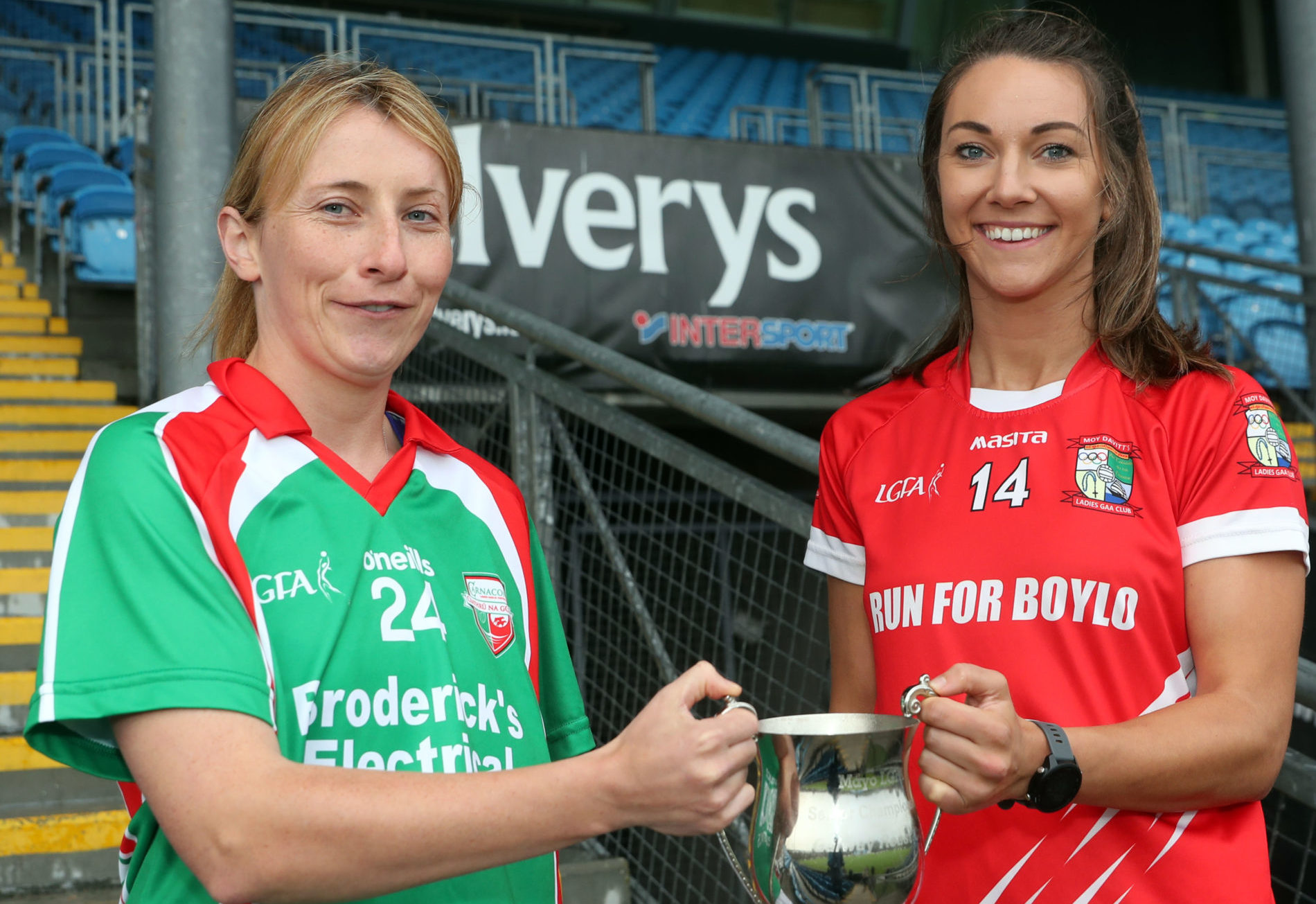 Marie Corbett of Carnacon and Niamh Kelly of Moy Davitts.

Carnacon’s incredible winning streak in the Mayo LGFA senior football championship continued unabated in a windy MacHale Park in Castlebar this evening with a 2-16 to 0-11 win over Bohola Moy Davitts. It was Carnacon’s 21st straight county senior title, a run stretching all the way back to the year 2000.

They were made to work for their win by Moy Davitts, who had to line out without one of their star players, Grace Kelly, ruled out through injury. Moy Davitts played with a stiff breeze in the first half and led by a point at the break, with captain and Mayo star Niamh Kelly, Natasha Gaughan and Lisa Reid all finding the target.

Cora Staunton kicked the entirety of Carnacon’s first-half scores from frees but the reigning champions opened up after the break, with Staunton eventually increasing her tally to 0-11, the excellent Amy Dowling and Aoife Brennan both finding the net and the 15-year-old Hannah Prendergast, in her first county final, kicking the last score in the 11-point win.

Carnacon wing-back Marie Corbett was awarded the Player of the Match award after a tremendous hour of work before captain Fiona McHale lifted the county title. Carnacon will now prepare for the Connacht championship, with the competition in the ladies’ code progressing to at least the provincial stages, unlike the men’s game.