Final countdown: Blue Devils get ready for the heat of ’Haunis 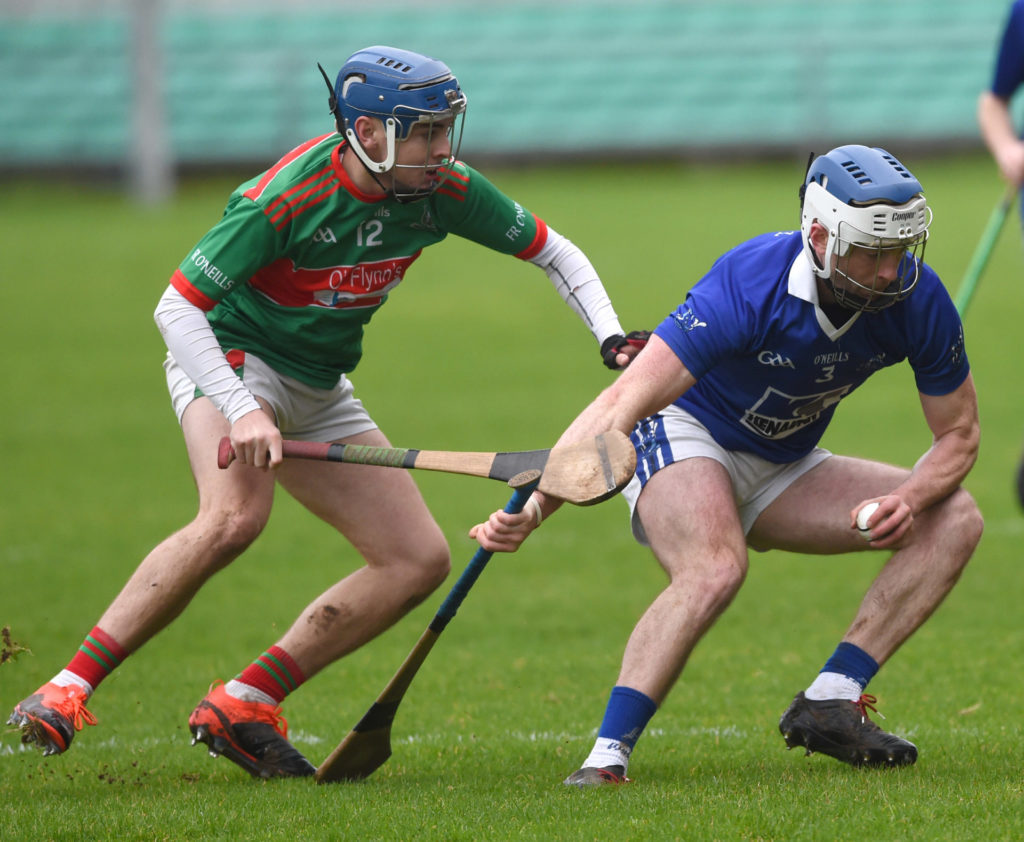 Three months ago, when lockdown was at its most severe and there was no end to the Covid-19 restrictions in sight, Michael Morley was among a sizable proportion of the GAA community quickly losing hope that any competitive games would be played in 2020.
The 29-year-old Morley, a mainstay at wing-back on the Tooreen team for over a decade now, was living in Dublin and working from home in his IT role. He was out running the roads and lifting weights in his living room but it was more out of habit and a desire to stay sane in lockdown than it was in preparation for any return to play.
But the hurling and football seasons did resume, under stringent guidelines and in an atmosphere of caution that would have seemed preposterous this time last year. The Mayo hurling championship restarted a week before its football counterpart in late July and will conclude this Saturday evening (5pm) when Morley’s Tooreen line out against neighbours Ballyhaunis in Adrian Freeman Park.
“I was probably on the pessimistic side of things,” says Morley this week, looking back on those uncertain times earlier in the summer. “The way things were looking for a time with the restrictions and so on I didn’t think there was much chance of us even getting to play a championship.
“So when word came through that it was going to go ahead it was a great boost, it gave lads something to look forward to and something to work towards.”
A return to training meant a return to the commute for Morley; like so many club players in Mayo, he is based away from home and travels up and down from Dublin every weekend (and even some midweek nights) to train and play. After the very real prospect of no hurling at all just a few short months ago, however, you get the sense that the spins up and down the motorway are no great burden.
“Given the year that’s in it and the restrictions, lads are just happy now to be out playing and to have that sole focus for training,” says Morley. “We’ve been going well and hopefully we can continue that on to next weekend as well.”
He has been playing senior since 2008, joining the panel at the age of 17. His elder brother Shane was already a mainstay and is still part of the panel today, commuting like Michael while studying physiotherapy in Dublin. Michael was part of a group of players who progressed through the underage ranks for Tooreen and Mayo together, alongside the likes of Cathal Freeman (with whom he will line out on Saturday) and Kenny Feeney (absent this year while travelling in Australia).
But he joined the senior panel bang-smack in the middle of the club’s longest-ever dry spell in terms of the Tyrell Cup. The Blue Devils hadn’t won a title since 2003 and it would be another five years before they won it again. In the meantime, Ballyhaunis reigned supreme; in four of Morley’s first five years as a senior, Tooreen lost the county final to the neighbours.
The worm has turned in the last few years, to the extent that Tooreen are aiming for a fourth title in-a-row this weekend, but after formative years spent playing second fiddle, Morley freely admits that Ballyhaunis are still the side against whom Tooreen measure themselves.
“Yeah that’s definitely fair to say,” he offers. “My first title came in 2013, having been playing since 2008. Ballyhaunis had been the dominant side in Mayo in those years, they were the team we were trying to reach. They were winning titles and doing well in Connacht and that’s what we wanted to do. They’ve always been the team we looked at.
“Obviously they’re our close neighbours and rivals. Any year we’ve played them, whether they’ve won or we’ve won, there hasn’t been anything in it. It’s always been tit-for-tat when it’s come down to finals between the teams and I don’t expect it to be any different next weekend, there won’t be much in it.”
After thirteen seasons and four county titles, Morley can be fairly described as one of the senior members of the Tooreen panel by now, but he says that the current squad under Paul Hunt and Ray Larkin is the most competitive and cutthroat in which he has been involved to date. Young players like John Cassidy and Conor Henry in defence and Liam Lavin and Brian Morley (a first cousin of Michael’s) up front are putting sustained pressure on the established names for their starting berths. 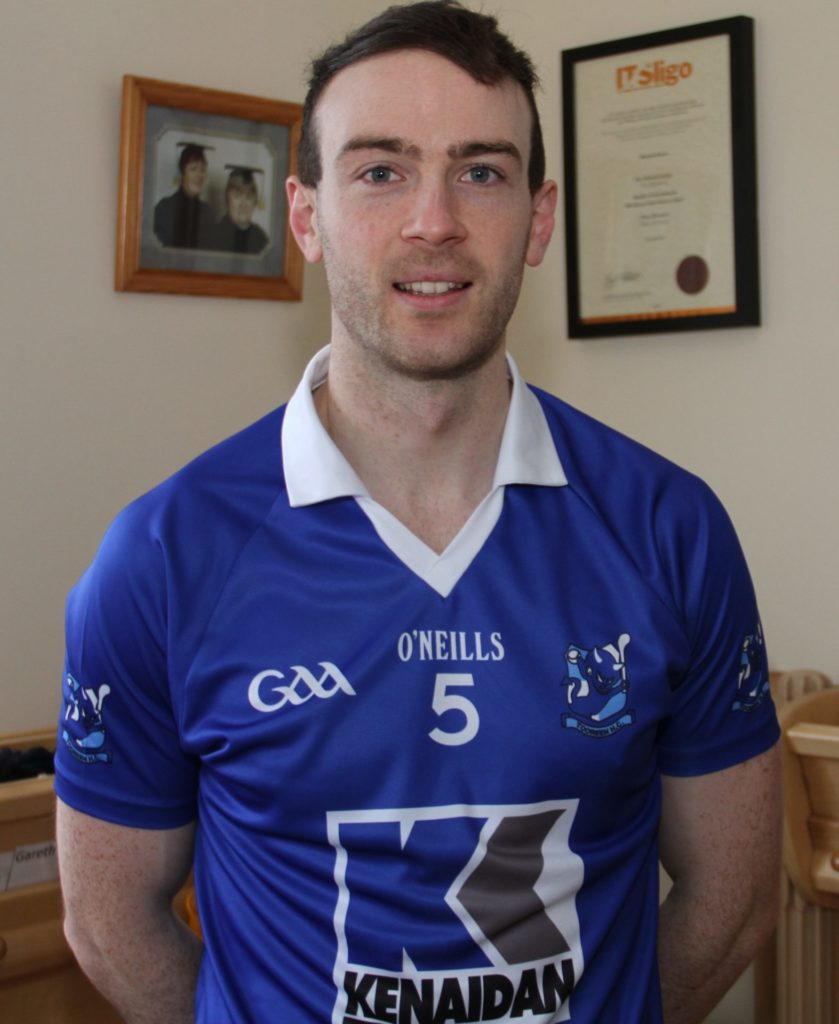 Michael Morley: ‘I think I’ve lost more county finals than I’ve won at this stage in my career so it’s always in your head that you can’t take anything for granted.’

“The competition for places in the last few years has been as high as it’s ever been,” offers Morley. “There are a few lads coming in every year and they’re making things harder. It brings up the level of training too, lads know they have to push themselves in training if they want to get picked.
“The likes of Liam Lavin has come in this year – he’d soon run rings around you in training so you have to be on your toes. It just brings the quality of everything up. The young lads bring a great attitude too and it’s really helped to freshen things up. It’s been great to see.”
This year’s hurling final is literally the be-all and end-all; there is no Connacht intermediate series for the Mayo champions to contest, meaning that one way or the other, this will be the last club championship game for both these sets of players until some time next summer. Morley said that while the absence of a provincial series is a pity, if anything it only adds to the significance of the county final.
“Obviously when you do win the county championship it’s great to go on to Connacht, but if you said to me a few months ago that we’d get a chance to play for a county title, I would have bitten your hand off,” he states.
“I think I’ve lost more county finals than I’ve won at this stage in my career so it’s always in your head that you can’t take anything for granted. And given that next week it’ll be there and done for the year, maybe that gives it an even bigger significance. You can’t go on, there’s nothing on the far side of it. You just really want to win it.”