Could Glasgow-style restrictions curb coronavirus in Dublin and Limerick? 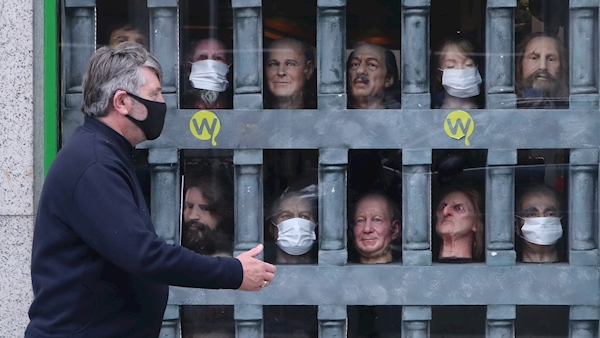 Dublin and Limerick appear to be edging closer to new restrictions as the 14-day incidence rate of coronavirus in the two counties edges higher.

Although many health experts have warned that reintroducing lockdown is not the answer to containing the virus, members of the Government have said measures for Dublin and Limerick are being considered as the number of cases in the counties continues to rise at a concerning rate.

In contrast to the blanket restrictions which were imposed in Laois, Offaly and Kildare, a ban on house visits is being considered for the two counties.

This model was adopted in Glasgow and surrounding areas last week after it was identified that house visits and parties were key drivers in the increase in Covid cases in Scotland.

Residents in Glasgow, East and West Dunbartonshire, East Renfrewshire and Renfrewshire are not allowed to visit other homes, but schools, bars, restaurants and other businesses remain open.

The thought process behind the measures is that guidelines such as social distancing can be enforced in public, while they cannot be monitored in private households.

Although logistically difficult, imposing restrictions on certain areas of a county may also be considered.

In Dublin, data from the Health Protection and Surveillance Centre shows that different areas of the county have drastically different 14-day incidence rates.

The information, relating to the period from August 25th to September 7th, examines the county based on the catchment area of Local Health Offices, of which there are eight.

Dublin South had the lowest incidence rate during this period, with a rate of 39.7 reflecting the 54 confirmed cases in that area.

However, nearby in Dublin South East, the incidence rate is more than double at 84.9, representing 105 additional confirmed cases in the previous two weeks.

Speaking at this morning’s Government briefing, Tánaiste Leo Varadkar spoke about the possibility of imposing further restrictions on Dublin and Limerick but said the circumstances would be compared to measures adopted in other areas in Europe.

Mr Varadkar said: “If we were to take actions in Dublin or Limerick that are more extreme than other European cities or other European regions that have a higher level than us, we would need a good explanation from NPHET [National Public Health Emergency Team] as to why that should be done.”

When the UK imposed lockdown restrictions on Leicester at the end of June, England’s Health Secretary Matt Hancock said the city’s incidence rate was at 135 cases per 100,000 of the population, three times that of the next highest city.

More recently, restrictions were placed on residents in Bolton near Manchester as the city’s 14-day incidence rate surged to 99.

Going by those figures, Dublin and Limerick may have time to curb the increasing rate before additional measures are imposed.