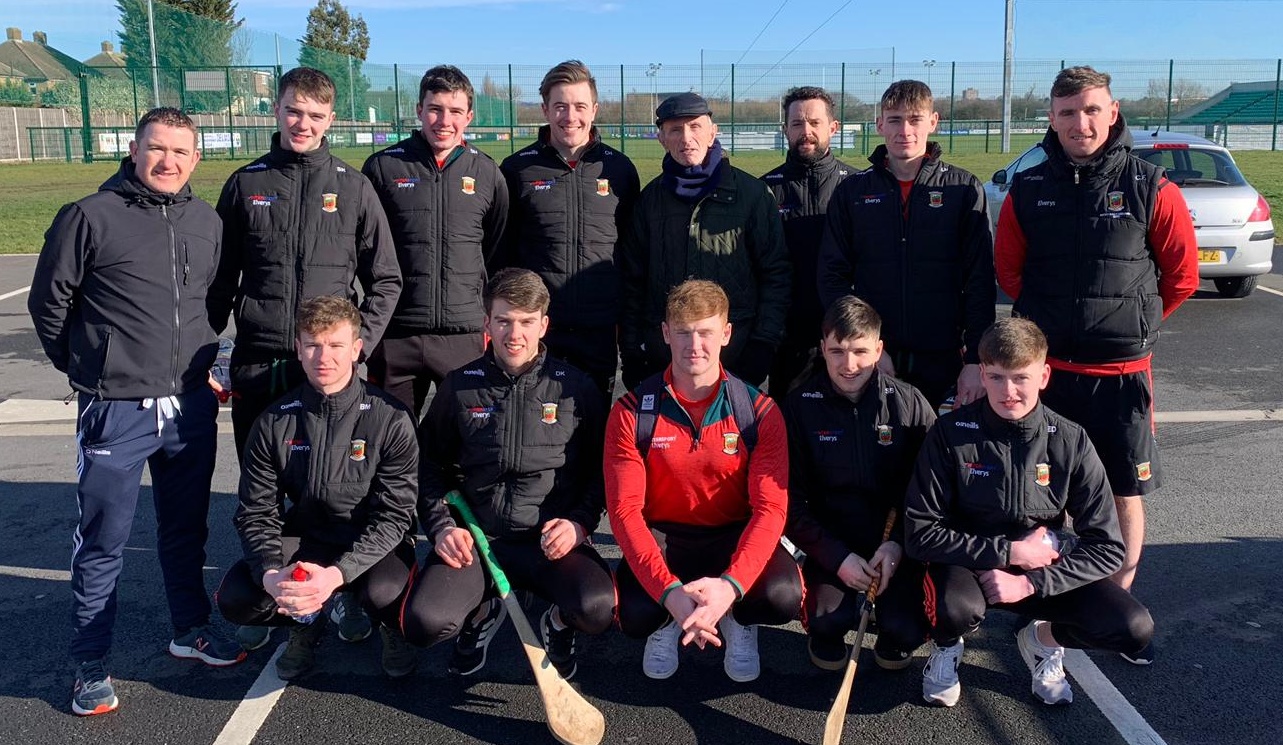 The late Michael Henry (back row, fourth from right) with the Tooreen members of the Mayo hurling panel during their trip to play London in Ruislip in the National League in 2019.

County final week began on a sad note for Tooreen as news came through on Monday morning of the death in Oxford, England of Michael Henry. Michael was one of the founding members of Tooreen Hurling Club back in 1957 and maintained a lifelong connection with and love for the East Mayo club.

Michael was a driving force behind the foundation of the club as a teenager. After spending a year as a boarder in St Mary’s College in Galway city, he returned to Mayo with a new-found love of hurling and a desire to establish a club in what was, at the time, an area in which football was the only show in town.

Michael, alongside men like his brother Tony, Michael Nolan, Austin Henry (no relation) and later Jackie Coyne, guided the club through its infancy. Even after moving to England in his early 20s, Michael stayed in regular contact with the club officers at home to ensure things were being looked after at home.

“He was treasurer of the club when he left,” said Tooreen PRO Adrian Hession on Monday. “Before he went, he called down to the new treasurer Sonny Healy and handed over whatever bit of money the club had, so many pounds and shillings. He put the money on the table beside Sonny and said: ‘Please look after the club for me while I’m gone.’”

Michael had been the man to purchase the club’s first-ever set of hurls, bought from a man near Loughrea for the sum of £3.60. He was also instrumental in sourcing the first set of jerseys Tooreen ever played in. Kiltimagh GAA Club had ordered a new set of jerseys but when they arrived, they were far too small. Because nearly all of the Tooreen players were still teenagers, Michael offered to take the set of jerseys off their hands. That’s why Tooreen still play in blue and white to this day.

In the early 70s, with player numbers tight, Michael would fly home on the tiny mail aeroplane into Castlebar to play in county finals and fly back out to England on the return mail plane the following day.

Up until the last ten years, Michael would always fly home again the week of the county final whenever his beloved club was involved. “That was the sort of fella he was. There was no limit to what he would do for the club,” said Hession.

The Henry family came from Cappagh, just outside the village of Tooreen on the Urlaur side and beside the shores of Lough Roe. He and his brothers Joe, Vincent and Tony were mainstays in the club during some difficult times in the 1960s and 70s.

Michael had been struggling with his health for a number of years but last year, when Tooreen went to play St Gabriel’s of London in the Connacht intermediate championship, he was able to make it to the game in Ruislip. He was there to see a team that he had founded and developed more than 60 years earlier play and win on English soil on their way to a Connacht championship title.

A number of the current Tooreen team have offered their own tributes to Michael after news broke of his death on Monday morning. Team captain Stephen Coyne wrote on Twitter: “A sad day for the village. What a legacy this man has left behind with so many people to be thankful for what he started all those years ago.”

Conor Henry, a nephew of Michael’s, described him as: “A legend of a man in every sense of the word. A sombre day in our household. RIP Uncle Michael, I am honoured each time I pull on our famous blue jersey, all because of your crazy dream in 1957.

Cathal Freeman wrote: “As a teenager, this man started something that has shaped the lives of so many. Many have carried the tradition on in the village but there would be nothing to carry without Michael. I owe him a lot.”