Northern rivals to spare nothing in pursuit of Moclair glory 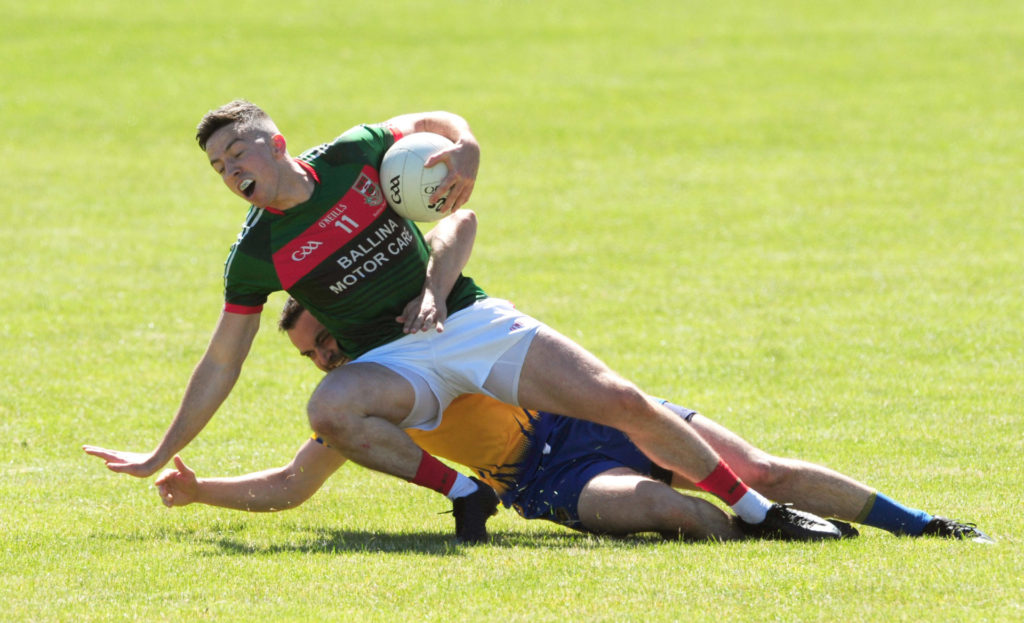 Ballina’s Evan Regan tries to evade the challenge of Knockmore’s Alan Stadler during a meeting of the rivals in the Mayo Senior Football League. Picture: David Farrell Photography

These North Mayo Clásicos are like buses; you wait ten years for one to come around and then two arrive in the space of 14 days. Ballina’s clash with Knockmore in Round 3 of the group stages was the first championship meeting between the neighbours since 2010, and now they are set to face off again in a county semi-final just two weeks on.
It goes without saying that the stakes for this Sunday’s semi-final (3.45pm) are immeasurably higher than they were for that group stage clash in Crossmolina. Both clubs were already assured of their places in the knockout phase before that game threw-in, but no such safety net will exist this weekend. The winner progresses to a county final and the loser goes home.
The Stephenites are, remarkably, the most recent county champions still standing in this year’s championship, despite their last Moclair Cup triumph coming all of 13 seasons ago in 2007. Ballina haven’t been back in a county final since. Knockmore’s wait for a title extends back another decade to 1997, but they have at least been involved in finals in recent times, in 2009 and 2016.
This has the potential to be a brilliant game. Both sides impressed hugely in their quarter-final wins over the weekend, with Knockmore producing arguably the performance of the weekend to dethrone Ballintubber on Saturday and the Stephenites easing to the most professional of wins over Aghamore the following day.
“I’ve had no problems with the efforts the lads have shown, even last year. They’re probably just doing it a bit better this year,” said Knockmore boss Ray Dempsey when asked to assess his side’s performance as they knocked out the defending two-time champions.
“We’re developing and working and bringing new things to the game, and new players who can perform at this level. They’re absorbing information and trying to carry it out on the field. That doesn’t happen overnight but we’re getting stronger. 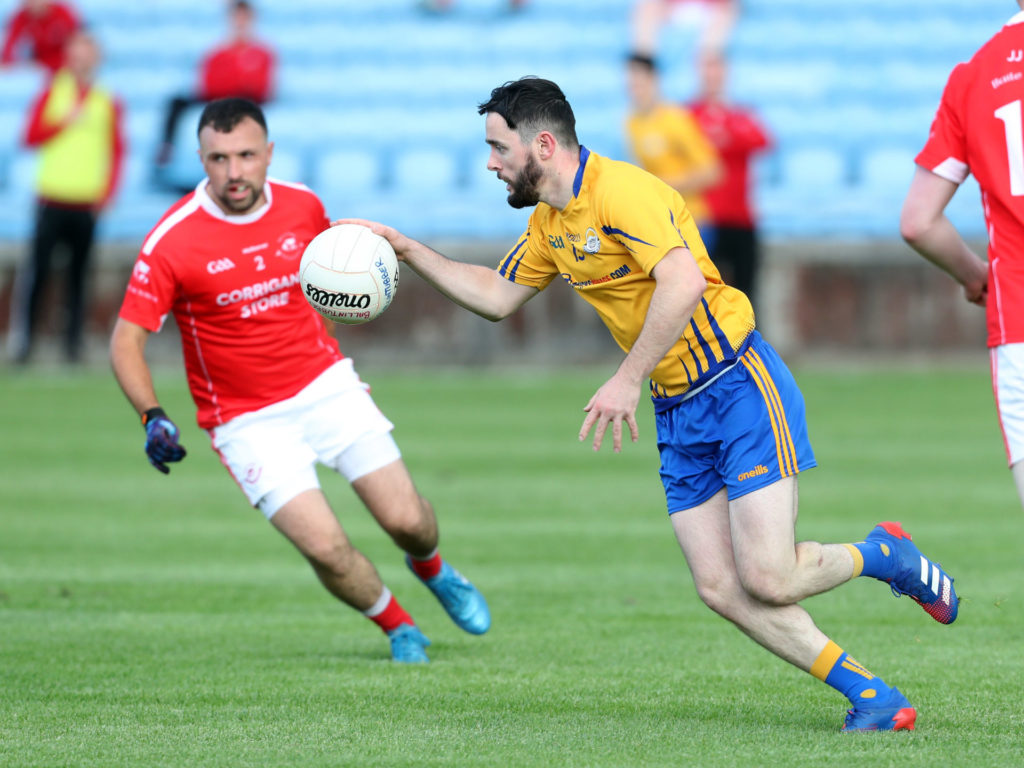 The match-ups here will be fascinating. Ballina defender Padraig O’Hora, after his excellent man-marking job on Mayo teammate Fergal Boland, could be assigned to pick up Peter Naughton, while Stephen Mullin could be stationed on Aiden Orme. The Stephenites will also need to have a plan to deal with Darren McHale after his two goals for Knockmore last Saturday night; David O’Mahoney might have the physicality for the job.
Around the middle, Mikey Murray and Jack Irwin will have a height advantage over Kevin McLoughlin and Shane McHale but the form of the manager’s son Connell Dempsey means Knockmore won’t be overly concerned about that sector. A bigger issue for Ray Dempsey will be handling Evan Regan – David McHale will need to produce a big performance.

Regan is looking forward to the semi-final clash with Knockmore, noting that the pairing is evidence of a resurgence in North Mayo football after some barren years.
“It’s a long time since any two North Mayo teams have been at this stage of the championship. Knockmore and Ballina will bring an extra bit of bite to it I’m sure,” he offered. “It does bring back memories of going to those big games when you were younger and seeing some big hitters out there. It’s brilliant to be back in a semi-final and hopefully we can improve on today and go at it again the next day.”

The stands of MacHale Park will once again be empty for the derby, as they were for all of last weekend’s quarter-finals, and while Regan accepted that playing a game of this magnitude behind closed doors will be something of a shame, the intensity on the field won’t be reduced as a result.
It’s an impossible game to call with any confidence whatsoever, and extra-time or even penalties are a genuine possibility. But the Stephenites, the only team still with a 100 percent record, get the most cautious of nods.