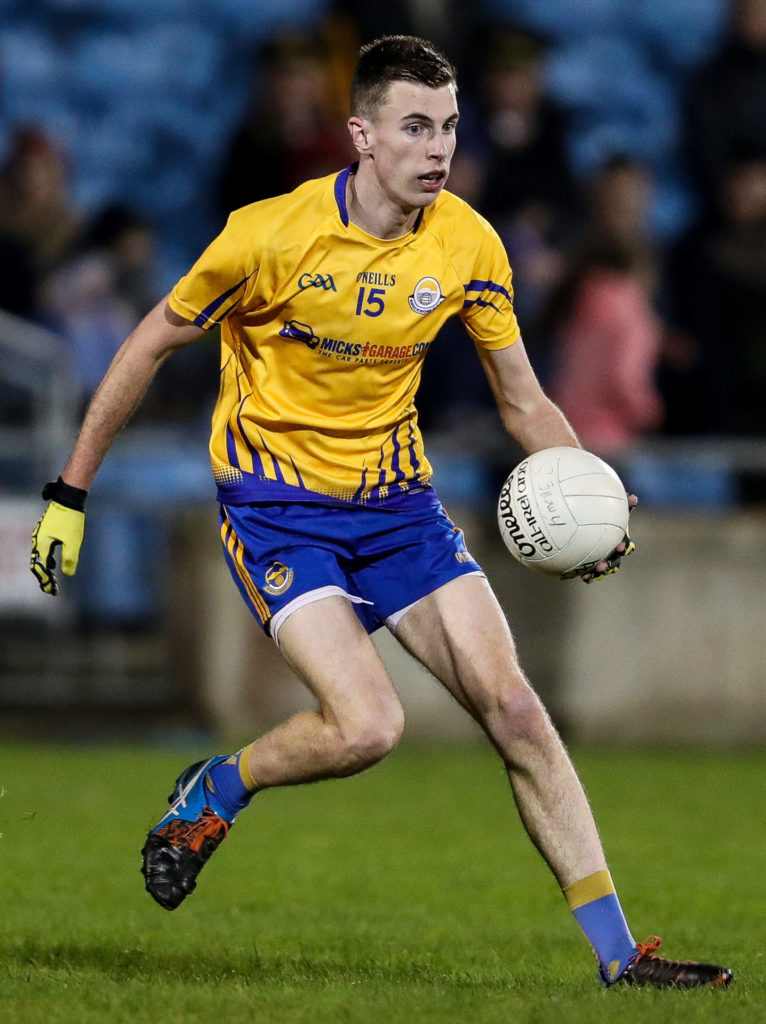 The footballers of Knockmore and Breaffy are to meet for the first time in a Mayo SFC Final, after Knockmore got the better of their fiercest rivals Ballina Stephenites in a contest at MacHale Park on Sunday afternoon that turned out not as close as had been forecast.

Knockmore, winners by 0-17 to 0-13, last appeared in the final in 2016 but have actually lost five since last lifting the Moclair Cup in 1997. However, they may well fancy their chances of ending that drought this season, based also on their disposal of the reigning champions Ballintubber, at the quarter-final stage.

Ray Dempsey’s side were a class apart from Ballina throughout a first half that ended with them six points in front (0-11 to 0-5) despite leaving two brilliant goal chances behind them and converting a third opportunity but having that ruled out for square ball.

Peter Naughton had led the charge, scoring two points from play and three more from frees, with Kevin McLoughlin adding two points as well but responsible for one of those missed goal chances when he blazed over David Clarke’s crossbar from well inside the parallelogram.

Ballina’s cause was hardly helped when Chris Hunt, a deputy full-back for the already injured Ger Cafferkey, was himself forced off after only thirteen minutes.

Introducing county attacker Ciaran Treacy shortly after half-time, the Stephenites did make a real fist of a comeback in the second half, but no sooner had they closed the gap to three points when they were hit by the hammer blow of being reduced to fourteen players for most of the remainder of the match due to the sin-binning of Jack Irwin.

Ballina had come from four points behind to pip Knockmore during the group stages but seemed uncertain of how to crack the opposition’s style of operating thirteen players behind the ball and a two man attack of Naughton and Aiden Orme.

Evan Regan was Ballina’s top scorer with four points but was held scoreless from play, with Alan Stadler again at the heart of an exceptional defensive display by the Lough Conn outfit.

Earlier in the day, a comeback of epic proportions saw 2018 junior champions Balla move to within one victory of reaching the senior championship, as they overcame Ballinrobe by 1-14 to 2-9 in the county intermediate semi-final.

Ger Butler’s side headed into the final quarter all of six points in arrears, 0-8 to 2-7, but scored more during that final fifteen or so minutes than they had in the rest of the match, to win a quite remarkable match by 1-14 to 2-9.

It looked like Pete Warren’s Ballinrobe side, thanks in no small part to some heroics by goalkeeper Luke Jennings, were destined for victory, as goals in either half by Joe Burke and team captain Kevin Quinn put them firmly in the driving seat. But a squandered chance for Quinn to add a third goal in the 46th minute was to prove a major turning point, as six points in-a-row, four of which were struck by substitutes Val Roughneen, two, Rian O’Connor and Ciaran Kilkenny, handed the underdogs the lead, with the first of five minutes stoppage time played.

Eoin Gilraine, one of Ballinrobe’s best players, stopped the rot with an equaliser, but a magical Gary McHale goal arrived too late for the South Mayo outfit to do anything about.

Ballinrobe had led 1-3 to 0-4 but will now regret further missed goal chances from Darren McDonnell, James Murphy and Gilraine, during what had been a dominant first half performance.

Balla now have a county final showdown with neighbours from across the divisional border, Kiltimagh, to look forward to on the weekend after next.