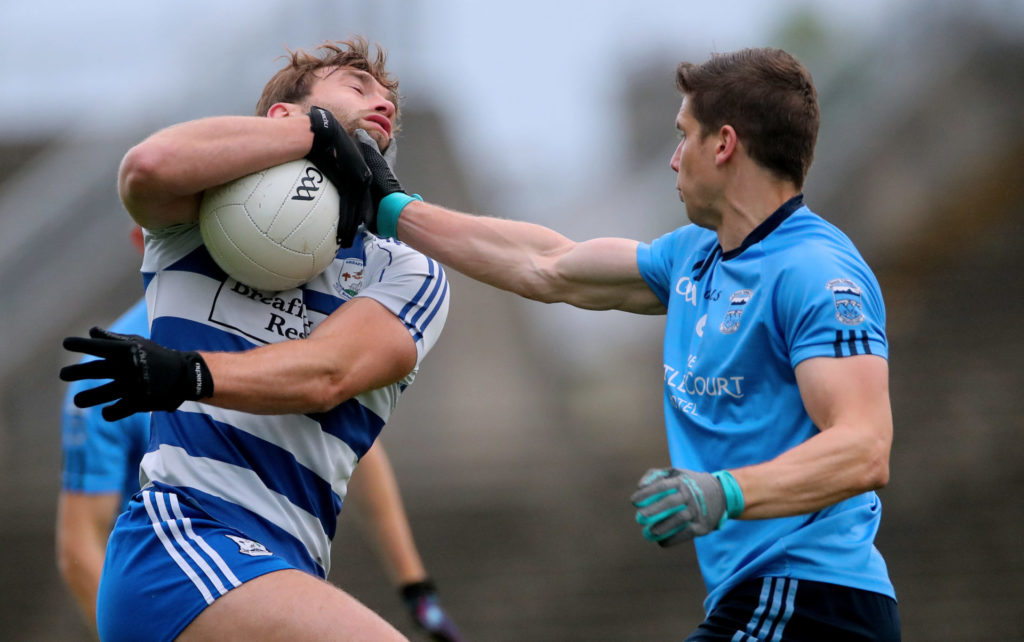 Breaffy have gained revenge for their opening round defeat by crushing Westport’s dream of a first appearance in the Mayo SFC Final in 29 years, and securing their fourth appearance in eight seasons, with a two points victory in Saturday night’s semi-final at MacHale Park in Castlebar.

As a game, this rematch never lived up to the expectation that many had held, but that says much about the impressive nature of Breaffy’s defence who managed to frustrate what up until this game had been a free-scoring Westport attack.

The losers struck fourteen wides, seven in each half, and double the number of Breaffy for whom Colm Flynn top scored with seven points. The Longford native was one of seven players to raise flags for the winners who pulled off their triumph despite the pre-match withdrawal of county star Seamus O’Shea whose wife is expecting the imminent arrival of their first child.

Breaffy began this clash of West Mayo rivals exceptionally strongly, cruising into a 0-5 to no score lead inside nine minutes, and yet the Coveys had managed to close the margin to just one point by the first of the water breaks with full-forward Kevin Keane and his sidekick Colm Moran firing over two points apiece.

Missed frees by Killian Kilkelly were to cost Westport dear in the second quarter and they allowed Breaffy to widen the daylight again, with points by Conor O’Shea, Tommy O’Reilly and Robert Hennelly, from a ’45’, seeing them into a 0-8 to 0-5 half-time lead.

Twice in the second half Westport were able to narrow their arrears to just one point, however, the withdrawal of county senior Fionn McDonagh and former Mayo U20 player Oisin McLaughlin was a fair indication of the struggles they were enduring.

Subs Pat Lambert and Alan Kennedy did give them some impetus but the nous of Breaffy was enough to see Peter Ford and Shane Conway’s men to a deserved 0-15 to 0-13 triumph.

They await the winners of Sunday’s semi-final between Knockmore and Ballina in what is already guaranteed to be a novel county final pairing.