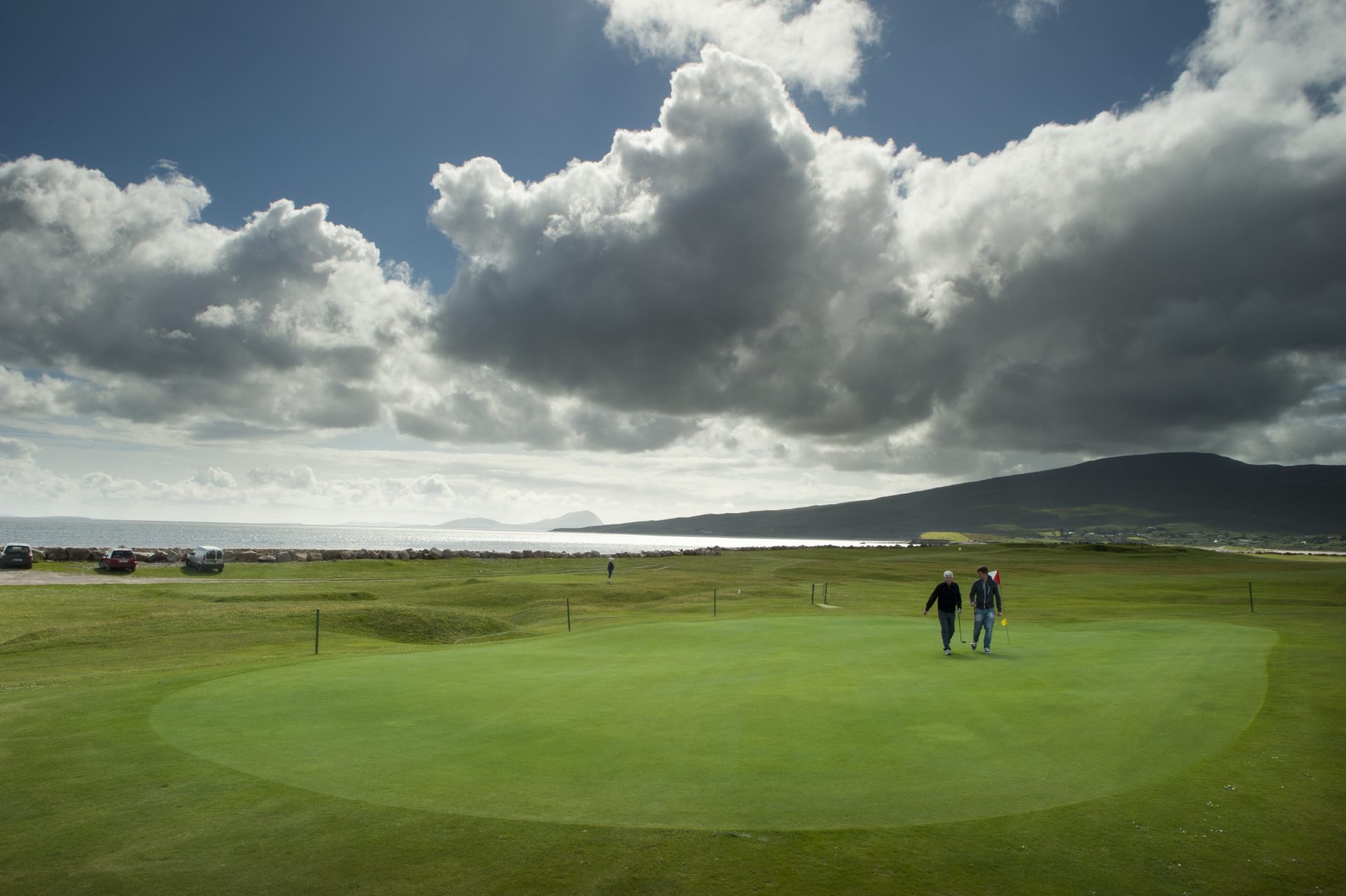 Members of a golf club in Co Mayo are celebrating this weekend after affirmation of what they’ve been telling people for years: that they belong to a club that can boast one of the very finest golf courses of its kind on the planet.

The links course at Mulranny Golf Club has been ranked at number 16 in a list of the world’s 50 greatest 9-hole tracks by one of the most respected – and widely read – golf publications anywhere.

The US-based Golf.com has used detailed input from its 88-member ‘Top 100 Courses ranking panel’, along with that from editors, course architects and “other short-course aficionados” from around the world, to produce its inaugural list of the world’s best 9-hole courses.

According to golf coach Mike Dutton, who specialises in researching the best niners in the United States, “A good 9-holer knows what it is — intimate, local, welcoming — and avoids what it isn’t: pretentious, punitive, grand.”

So of the course situated beside the beach in Mulranny, the adjudicators have remarked that the greens, which are guarded by electrified fence to keep out sheep, “are surprisingly large and full of character”.

“Punchbowl and plateau, embankment and benched, their sites are well varied, often at the end of some astutely occupied seaside terrain.”

They add: “The hardly believable left-to-right cant of the short 8th, perched beyond hidden burn with vialleg in the distance above, will be a favourite.”

High praise indeed for a course that is headed in Ireland on the list only by Cruit Island Golf Club in Donegal.

Featuring at No.1 on Golf.com’s Top 50 list is the Tom Dunn- designed Royal Worlington & Newmarket GC in Suffolk, England.