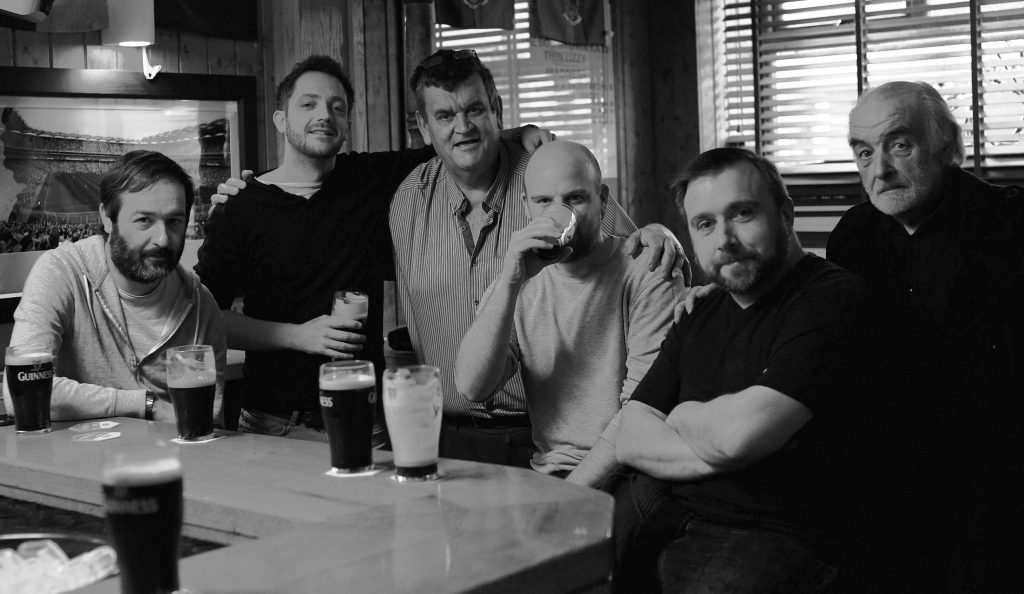 Mick Byrne (third from left) says pubs are just asking the Government for a chance to prove they can adhere to Covid-19 guidelines.

Mayo publicans feel frustrated by the level of support provided by Government and by re-opened bars who are ‘taking the mickey’.

“There is going to have to be more done for the ‘wet’ pubs,” said Foxford publican and Fine Gael councillor Neil Cruise.

“It’s just too long to be closed and to try and sustain a wet pub in this environment. What’s being offered by Government is not going to be enough,” he added.

Industry groups have criticised the Government’s new €16 million support package amid suggestions that pubs may not re-open until next year.

Tánaiste Leo Varadkar has said Ireland is the only country in Europe where pubs remain fully closed. The Cabinet decided on Friday that “wet” pubs — ones that do not serve meals — will not be permitted to open next week, before unveiling a package of increased cash grants along with a waiver on court fees for the renewal of licences.

Cllr Cruise agreed that public health must be the priority but fears for the future of rural bars.

“My feeling is that not all pubs are going to make it through this,” said Cllr Cruise.

He said re-opened pubs who flout the guidelines are tarnishing the good name of others in the trade.

“There is a major problem with this €9 substantial meal. The gardaí are in a very tricky position in terms of policing it. Some people are taking the mickey and just getting away with it,” said the pub owner.

Cllr Cruise is currently drawing up recommendations and suggestions to put to Government on how to assist his industry.

“It’s time now to come up with constructive suggestions that we put to Government.

“We can moan and say we are hard done by, but the solution is going to be constructive suggestions that will be acceptable to all.”

Castlebar publican Mick Byrne believes bar owners would be happy to re-open even if it meant vastly reduced hours.

“If we open this side of Christmas I think we will be doing well,” he told the Western People. “The way we have been treated has been very, very wrong. All we want to do is re-open. We don’t want long hours, all we want is a few hours a day to let people know that we are there and to get the doors open again,” said the pub owner.

“We’re old enough and long enough in the game to adhere to restrictions and guidelines,” Mr Byrne added.