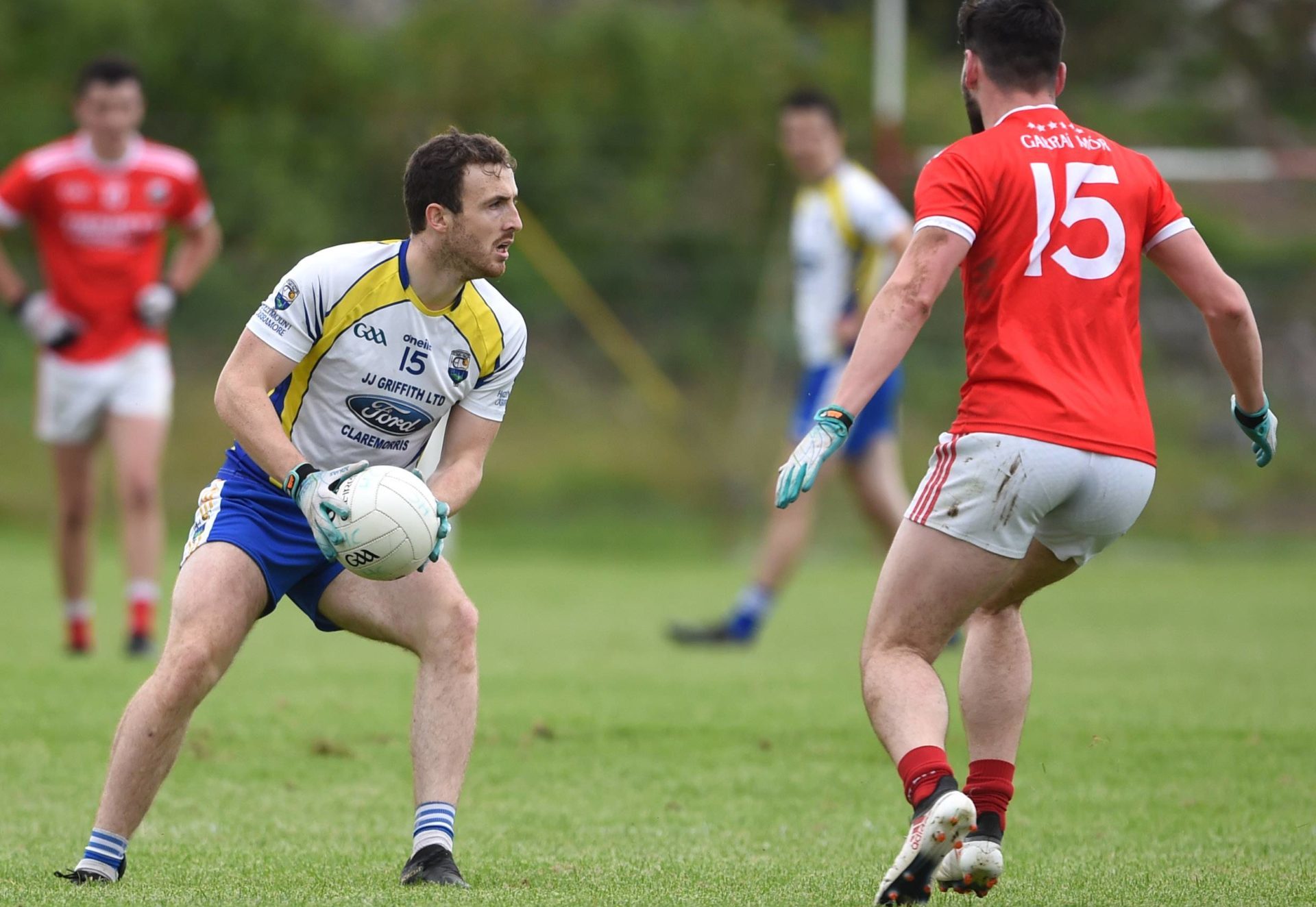 Darren Coen has been in outstanding form for Hollymount-Carramore as they qualified for the intermediate quarter-finals with three wins from three games. Picture: David Farrell Photography

5-22 in three games would be solid going for most teams in a championship group stage, an average of just over 12 points per game. That’s what Darren Coen has scored on his own in three championship games for Hollymount-Carramore this year.

Inter-county forwards have played in the intermediate championship before – Jason Doherty has been at it for years – but when a pure scorer like Coen in the form of his life is left to run riot against intermediate defences, those kinds of gaudy individual tallies are the inevitable consequence.

Coen’s outrageous form is the primary reason why Holly-Carra have been installed as most neutrals’ favourites for the Sweeney Cup as we enter the knockout phase, with the South Mayo men evidently dead-set on ensuring their stay at the grade lasts one year and one year only.

With Damien Kelly and Conor Heneghan also finding the target with regularity, Stephen Coen and Nathan Moran forming a formidable unit at midfield and the likes of Padraig Feerick and Brian Maloney sweeping up at the back, it will take a serious side to halt the Holly-Carra charge over the next few weeks.

The team tasked with doing just that in Swinford on Saturday are Bonniconlon, who missed out on top spot in Group 1 with a seven-point defeat to Kiltimagh in their Round 3 meeting last Sunday. Bonni’ were already assured of a place in the knockout stages prior to that game in Ballina and that may have accounted in part for the slow start that ultimately scuppered their chances, but they will need to put the defeat in their rear-view mirror quickly ahead of the huge test of Holly-Carra.

Bonni’ showed in their first two group stage games, the wins over Louisburgh and Swinford, that they are a serious team with an abundance of quality players. This will be the North Mayo club’s first quarter-final appearance since they dropped down to intermediate all of 20 years ago and manager Donie Tuohy should have no problem impressing upon his players the magnitude of Saturday’s game.

Conor Igoe has been outstanding for Bonni’ this year as an all-purpose wing-back, with his four-point performance against Swinford a particular highlight, while Cillian Upton has been in excellent form around midfield and should relish a crack at county man Stephen Coen.

Up front, Aodhain Harrington has been used to great effect as a target-man full-forward while David Walsh, an Irish international badminton player, will punish any Holly-Carra indiscipline with his frees.