Balla boys survive the Gaels as Southerners give it Holly’ 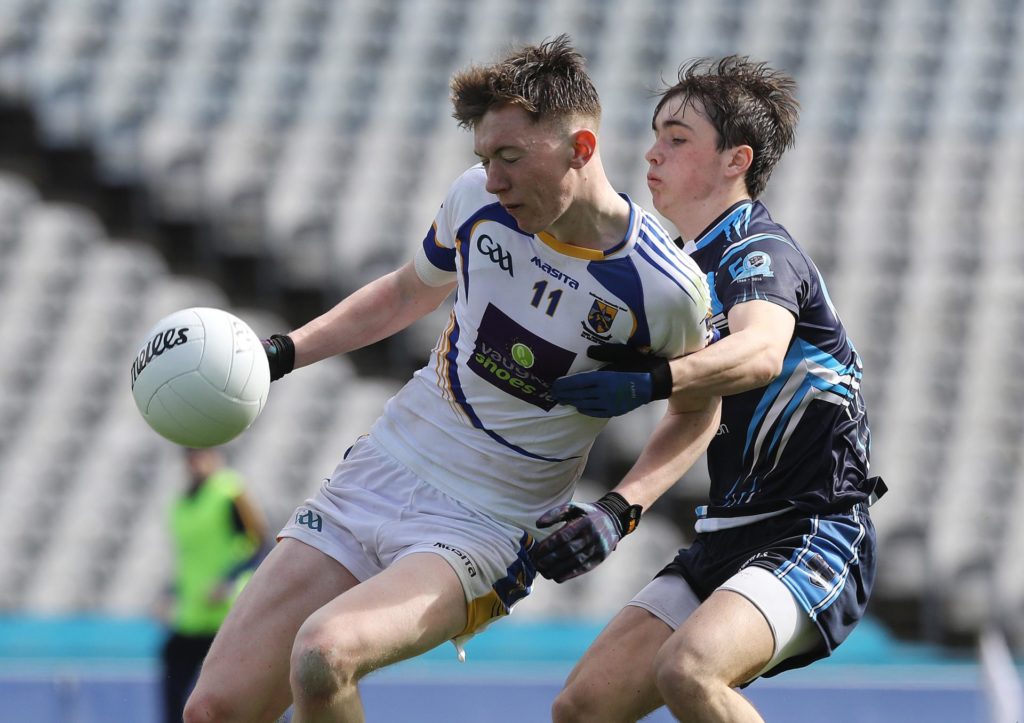 Nathan Moran was one of four goal-scorers in Hollymount-Carramore’s victory over Bonniconlon.

There was drama aplenty in Saturday’s Mayo intermediate football championship quarter-final between next door neighbours Balla and Mayo Gaels, which was played in Claremorris.

Balla led 0-7 to 0-6 at half-time but with ten minutes remaining they found themselves one point in arrears. However, a straight red card to Gerry Canavan, who had scored four of his side’s points, robbed Mayo Gaels of their best player for the run in, and the South Mayo side paid a heavy price as Balla struck 1-3 without reply to run out 1-12 to 0-10 winners – with Gary McHale scoring the goal that added to his three points.

The winners of Sunday’s quarter-final between Ballinrobe and Ardnaree Sarsfields await.

Saturday’s other intermediate quarter-final was an unusual affair as Bonniconlon trailed by just one point to red-hot favourites Hollymount-Carramore at the halfway stage of their clash in Swinford, with Aodhain Harrington, Sean Neary and David Walsh asking all sorts of questions of Gary Mullins’ side. However, the men from North Mayo failed to raise a single flag for the entirety of the second half and slumped to a hefty 4-13 to 0-8 defeat.

The burden of responsibility wasn’t as severe as normal on Holly-Carra’s county man Darren Coen with the goals supplied by Nathan Moran, Damien Keane, Conor Heneghan and Conor Keane.

The Southerners will now face the winners of tomorrow’s quarter-final showdown between Kiltimagh and Crossmolina Deel Rovers.

In the first of the weekend’s intermediate relegation semi-finals, Ballyhaunis proved much too strong for Islandeady, leading their West Mayo opponents by 0-10 to 0-2 at half-time in Ballinrobe and staving off their opponents in the second half to run out as 0-19 to 0-6 winners.

Islandeady will have to beat either Swinford or Burrishoole if they wish to avoid demotion to the county junior championship for 2020.