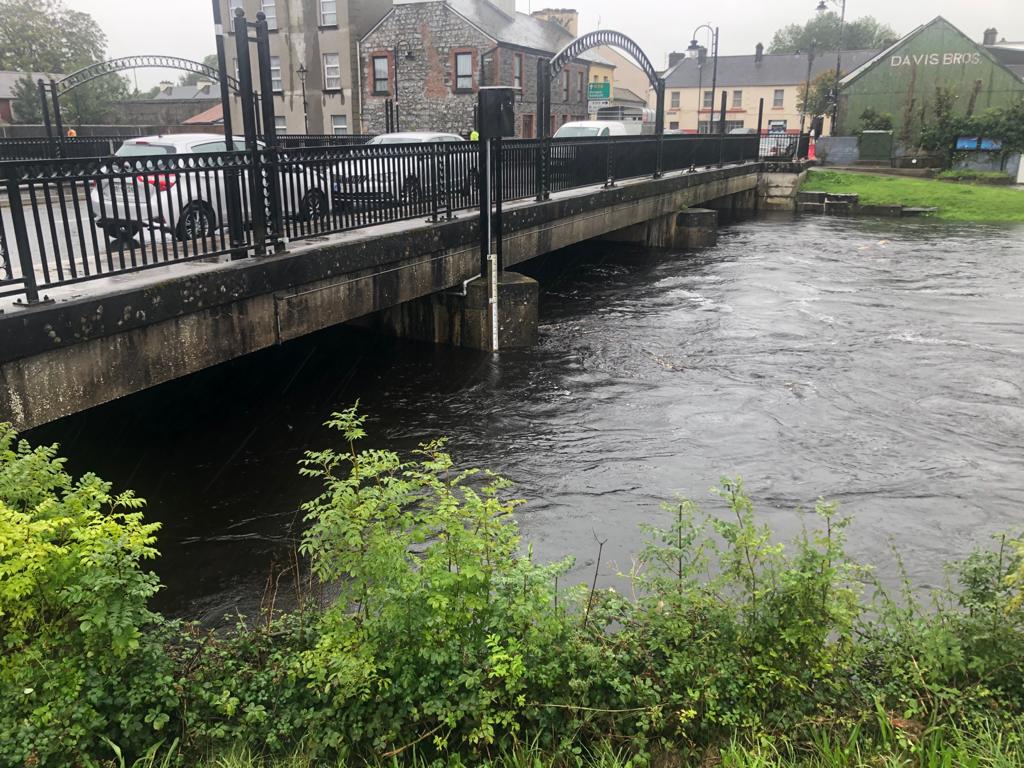 The River Deel at Crossmolina’s Jack Garrett at 3.30pm this afternoon.

Tensions are easing in Crossmolina this evening as Mayo Co Council confirms that the threat of a flood in the Deel river has abated.

It has been a tense day in the north Mayo town with local residents and business owners keeping their eyes trained on rising water levels in the River Deel.

Local Cllr Michael Loftus said forecasts for heavy rains and stormy conditions immediately set hairs to standing on the back of locals’ necks as they automatically fear a recurrence of the horrific floods that swamped the town in recent years.

He said the first week in September has traditionally proven to be a danger zone for the Deel but that appears to have moved forward to the end of August in the last two years.

The last reading of water levels in nearby Keenagh was just under 2.7 metres at 3.30pm today.

The Keenagh levels represent a warning system for Crossmolina, affording the town about three hours notice of a likely major breach of the Deel which last happened with a reading of 3.2metres at Keenagh in 2016.

At present the river is still about 1.5 feet away from the base of the Jack Garrett Bridge in Crossmolina but Mayo Co Council has now stated that the risk of flood is dissipating as the increase in water levels now appears to be tapering off.

Meanwhile, Cllr Loftus claims little progress appears to have been made with moving the long-awaited flood relief scheme proposal for the Deel from the OPW to the Department of Public Expenditure and Reform for Ministerial approval and slammed the delay, saying it seemed like someone in Dublin is sitting on the project and not pushing it forward.