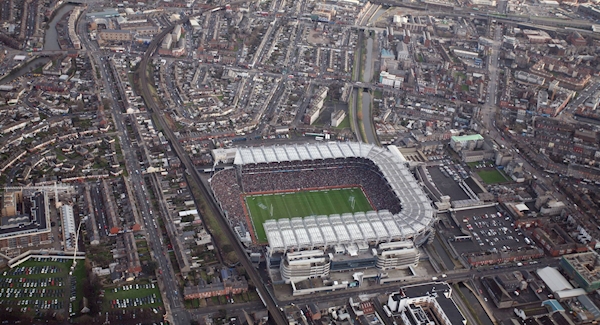 The GAA has secured planning permission for a seven storey 200 bedroom hotel on the grounds of Clonliffe College located close to Croke Park in Dublin.

Dublin City Council has granted planning permission for the proposal in spite of opposition from a number of local residents, a nursing home operator and The Mountjoy Square Society.

Stock market listed hotel group Dalata is to operate the hotel under the group’s Maldron brand.

The city council gave the project the green light after the planner in the case concluded that the scale of the development “is acceptable and would not seriously injure amenities of the neighbouring properties which surround the application site”.

The Council planner concluded that “the proposed development would provide high-quality modern hotel accommodation as well as an active ground floor uses”.

However, planning consultants for operator of the family run Shrewsbury House Nursing Home Margaret Gaughran claim that the proposal would seriously injure the residential amenities of adjoining dwellings and would constitute an excessive scale and density of development in a prominent location.

Chairperson of the Mountjoy Square Society, Karin O’Flanagan, argued that the hotel site is currently used as a 2,000 to 3,000 space car park for Croke Park for match-days and concerts.

Ms O’Flanagan stated that the proposed extinguishment of the car park to make way for the hotel “will have a disproportionately negative impact on the surrounding metropolitan area and on the functioning of the stadium itself.”

She stated that the loss of the car park and lack of replacement planned would result in more legal and illegal parking on streets in the area and greater traffic congestion.

Drumcondra resident, Paul Tierney told the city council that the “scale and bulk of the development is excessive”.

Clonliffe Rd resident, Denis Costello told the city council that the proposed hotel development is unsuitable for the site as its dominant positioning so close to Clonliffe Rd would be out of character with the area.

A spokesman for the GAA stated on Tuesday “Croke Park is pleased to have received planning permission for a new 200 bedroom hotel on the recently acquired Clonliffe College site”.

Those who have made submissions now have the option of appealing the city council decision to an Bord Pleanála.