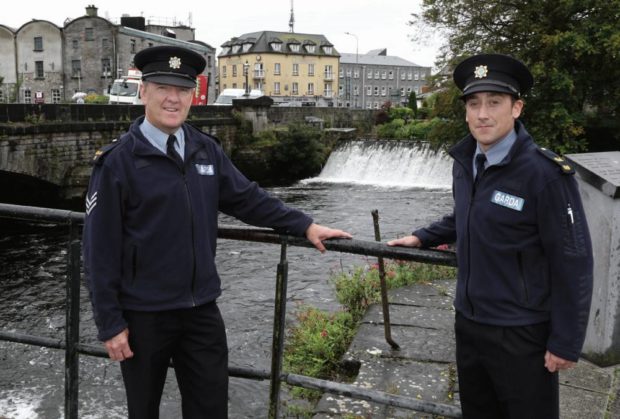 A Garda from Mayo who is stationed in Galway City is being hailed as a hero, alongside another on-duty Garda, following their role in rescuing a man from the River Corrib.

Garda Aidan McTigue from Ballindine and Sergeant Brendan O’Grady from Offaly, arrived on the scene close to O’Brien’s Bridge after they were alerted by a member of the public that a young man was in danger and upon arrival, discovered that the man had entered the river.

Garda McTigue, a strong swimmer, entered the river and swam after the man who was being swept away by a current at full flow. He managed to bring the man to the river bank and was joined in the river by Sergeant O’Grady, who kept the man safely on the edge of the bank until the Fire Brigade arrived on the scene.

Aidan McTigue is well known in local sporting circles as a player with both Davitts GAA Club and Ballyhaunis Town FC and was once also a member of the London senior football panel.