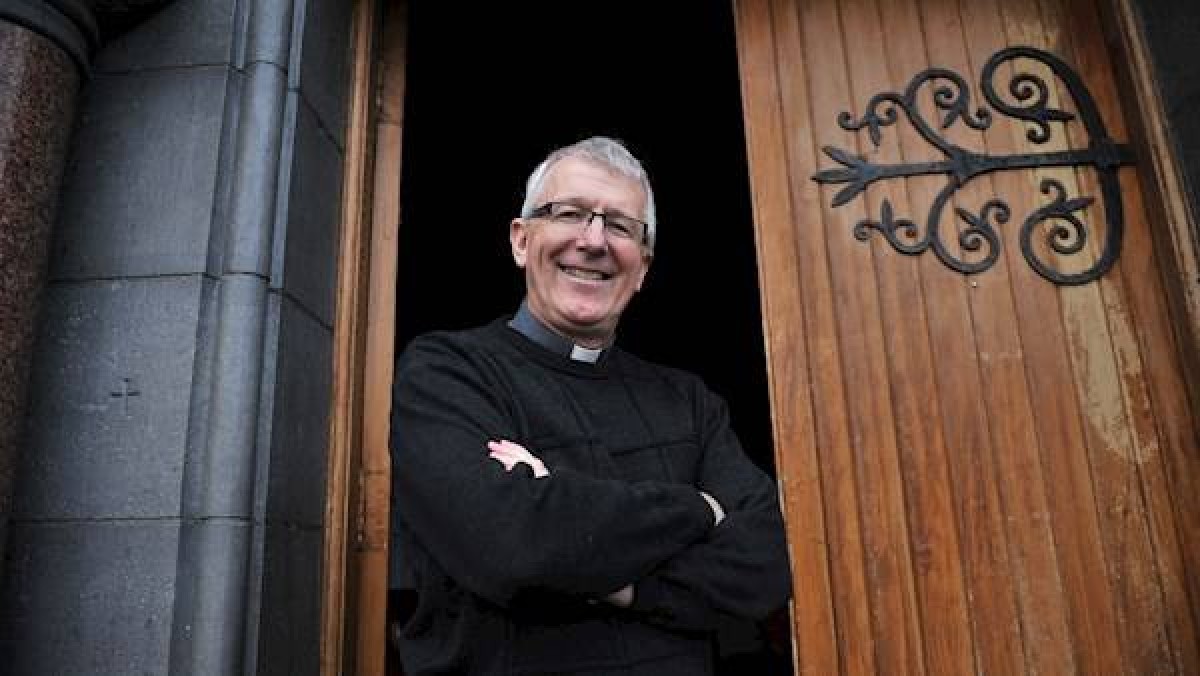 A Mayo priest was branded a ‘heretic’ by a group of protestors as he prepared to say Mass on Saturday evening last.

Ballyhaunis Parish Priest Fr Stephen Farragher was readying himself for the Saturday evening service when a group gathered outside St Patrick’s Church in Ballyhaunis protesting the decision to allow two members of the Muslim community to say the final blessing and prayer at a Sunday ceremony at the Church last April.

Members of Síol na Eireann – The Irish Patriots’ Party – barracked the cleric in the church grounds. A video of the incident was later posted online.

Carrying a banner reading ‘No Sharia in Ireland, the group accused the priest being a ‘heretic’ and of ‘bringing foreign, satanic cultists’ into the Church.

Ballyhaunis is one of the most diverse places in Ireland and the April blessing was arranged in order to show solidarity with frontline workers and to pray for the eradication of Covid-19.

Fr Farragher told the Western People he was subjected to a ‘torrent of abuse’.

“One of our ushers came in and said there is a group gathering outside and I said as long as they stay outside the gates I have no difficulty,” he recalled.

However, the group entered the church grounds and unfurled a banner.

I said ‘please, you have to keep your protest outside the gate,’ as we don’t allow electioneering or anything like that inside the grounds. What followed then was a torrent of abuse,” said Fr Farragher.

The Ballyhaunis priest said what occurred was ‘real, religious bigotry’.

“It defaces and devalues religion what happened on Saturday evening. The messages of support I have received from my parishioners and beyond about what happened has been very humbling. These people arrived with their own completely warped view of religion,” said Fr Farragher.

He said most ‘reasonable’ people would find the video footage posted online ‘appalling’.

“It rattled me a bit but I have moved on,” the Parish Priest added.

“This heresy must be opposed if the Christian faith and the Irish people are to have any future in Ireland,” said Síol na hEireann leader Niall McConnell. “Mass immigration will make us a minority in our own country and liberal clerics like this will be to blame,” he stated.

The organisation also led a procession in Knock on Saturday following the cancellation of the annual Novena due to Covid-19,