Son is jailed for life over brutal murder of Mayo father 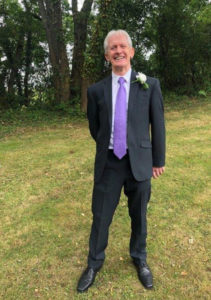 A son brutally stabbed his father to death during a “trivial” row over broadband speed, a court heard. Stephen Gallagher, 55, repeatedly stabbed his 76-year-old father Thomas – a native of Achill, Co Mayo – more than a dozen times with a knife after losing his temper. As his elderly father pleaded for his life, Gallagher stabbed him again and told him “die”, Swansea Crown Court heard. The murder happened at the home they shared in Cwmbran, Monmouthshire, on September 10 last year, and afterwards he phoned 999 and confessed to the telephone operator.

Mark Wyeth QC, prosecuting, told the court: “He went into some detail saying he had stabbed his father to death at their home address.

“He stated that his father was indeed dead in the lounge. He stated his father had asked him to leave and he hadn’t wanted to leave.

“There is collateral evidence that referred to Mr Gallagher’s difficulties with drinking in the past and there had been a history of hostility by him towards his father.”

Gallagher then tried ringing his ex-partner, but instead spoke to his 18-year-old son – telling him he had killed his grandfather. Before the emergency services arrived, a postwoman went to the house and saw Gallagher acting calmly, smelling of aftershave, and giving no indication his father’s body lay just feet away in the lounge.

“My father irritates me when he ignores me during arguments,” Gallagher later told police.

“He stormed off into the lounge and slammed the door, so I rushed upstairs and got the knife, came down.

“He was on the phone to someone. I grabbed the phone off him, smashed the phone and then proceeded with the attack.

“I was stood in front of him, face to face, and I proceeded to use the knife.

“I thrust it into him, and the first blow was to the chest area. This caused him to fall back onto the sofa.

“I stood over him while stabbing him nine or 10 times at that stage. I could see he was in pain and I wanted to finish him, so I stabbed him again and said ‘die’.”

A post-mortem examination found the pensioner had been stabbed more than a dozen times to his chest, back and neck. No defence wounds were present. The court heard the defendant may be suffering from a form of “non-full diagnosed autism” and further examinations were ongoing. Gallagher, of Kidwelly Road, Llanyrafon, Cwmbran, had pleaded guilty to murder at an earlier hearing.

Paul Lewis QC, defending, said: “What began as a trivial argument between father and son about the internet service in the house led to the tragic death of Thomas Gallagher and the conviction of his son for murder. 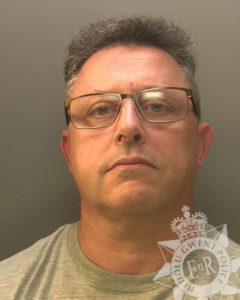 “It is clear there is a long history of depression, chronic fatigue syndrome and attempts of suicide.”Judge Paul Thomas QC jailed Gallagher for life and told him he would have to serve a minimum of 13 years and four months’ imprisonment.

“Even on your own account you killed him that morning because, as was his right, he was asking you to leave the house,” the judge said.

“After an argument about broadband speed, instead of leaving or walking away, you purposefully went up to your room and you took a lock knife.

“For that limited extent, perhaps for a minute or so, what you did was premeditated. You then attacked your elderly father.

“You did so with savagery and a total lack of any semblance of mercy towards him.

“The most chilling aspect of your butchery was what you yourself told the police that after you had started stabbing him while he was on the phone, he was clearly in pain, and appealed to you by calling your name, asking you to stop what you were doing and show showed him not one scintilla of mercy.

“Let me quote your own words, Mr Gallagher, ‘I wanted to finish him off, so I stabbed him again and said die’. Even after that you showed astonishing indifference to what you had done. You later spoke to your 18-year-old son and once again displayed a really chilling callousness in the way you told him of your grandfather’s death.”

In a statement released afterwards, Mr Gallagher’s family said: “Losing Thomas has been a devastating tragedy.

“He was the beat of a big-hearted family and he has left a hole in our lives that will never be repaired.”