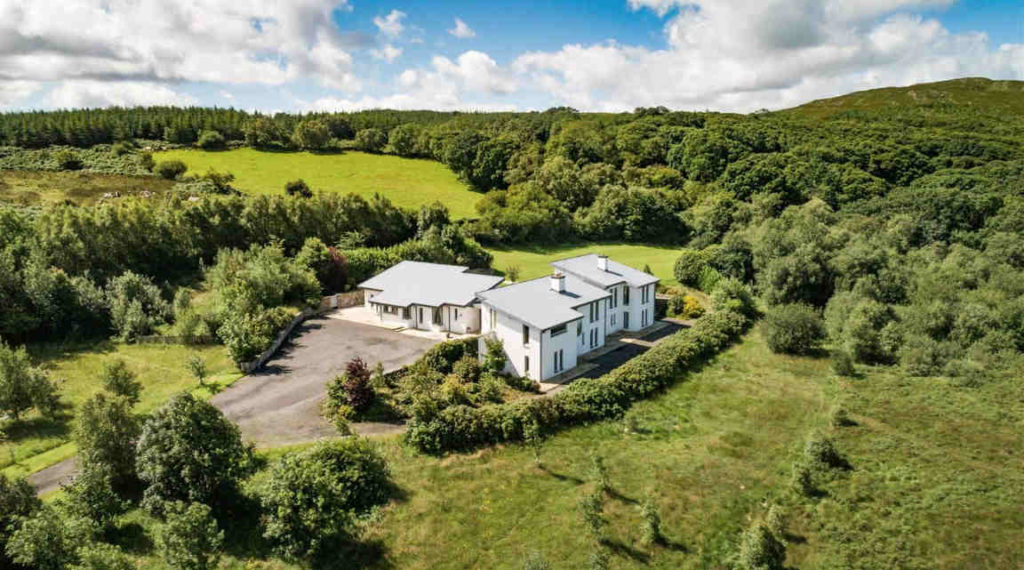 Occupying an elevated position that boasts dramatic views of some of Mayo’s most magnificent mountains and sat overlooking the majestic Lough Moher, there’s no doubt that Carramore House comes as one of the finest properties on the national property market at present, let alone Mayo. 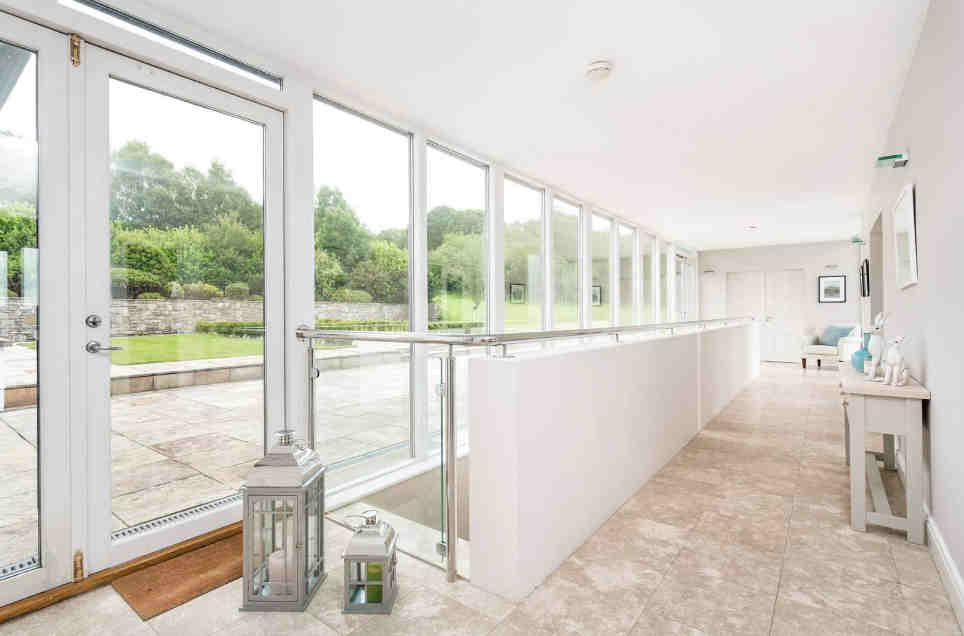 It also comes with a not-your-everyday sort of price tag, with the house last week placed on sale by Savills at €950,000. But if you think that sort of figure narrows down the list of potential suitors, consider that in 2010 the same property was once put on the market for a whopping €1.95million and it gives you an idea as to its level of spec. 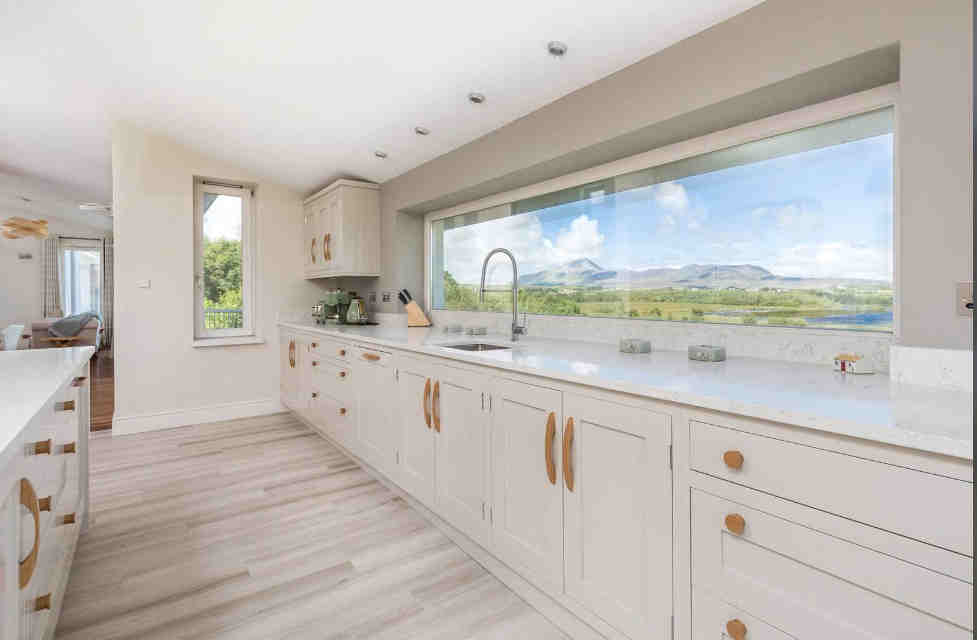 With floors of American Walnut, Jerusalem limestone tiling in the hallways, Italian tiling in the bathrooms and kitchen and windows made from Arctic Pine, it’s up there with being as contemporary living gets. 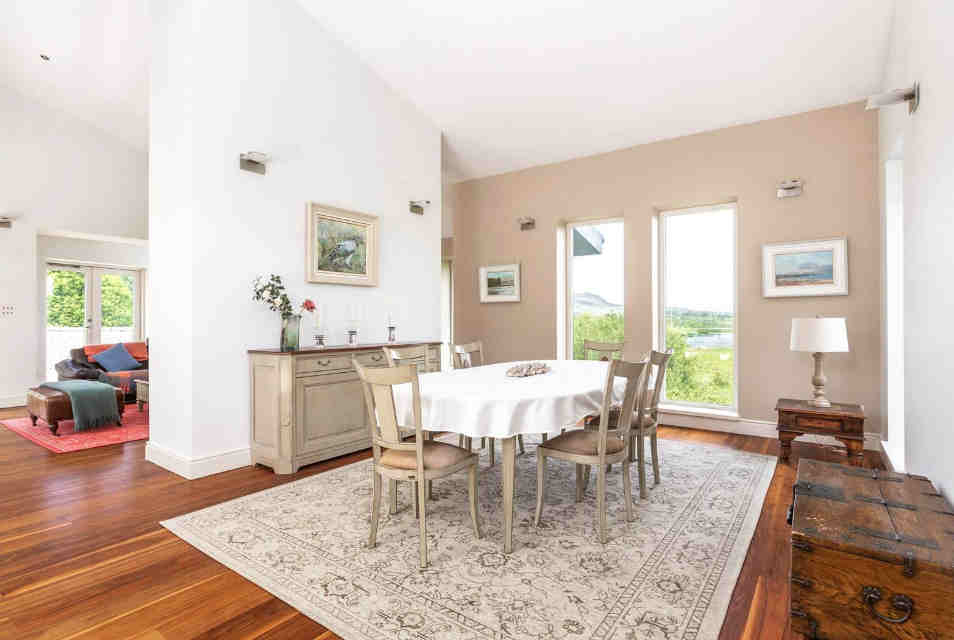 Situated in Liscarney, about 6.5miles outside Westport, the two-storey house extends to over 5,800 sq ft – or well over three times the average sized bungalow.
It comes complete with 20 acres and over 400metres of lake frontage but at its heart, this is a modern family home that offers spacious living areas (well, you can’t say it’s short on room) and is as suitable for home-working as it is entertaining.
Built in 2004 by Westport auctioneer Gerard O’Toole and his wife, designer Emma Minish, the house was designed by award winning Westport architects McCann Scahill.
The property previously sold for €975,000 in 2014. 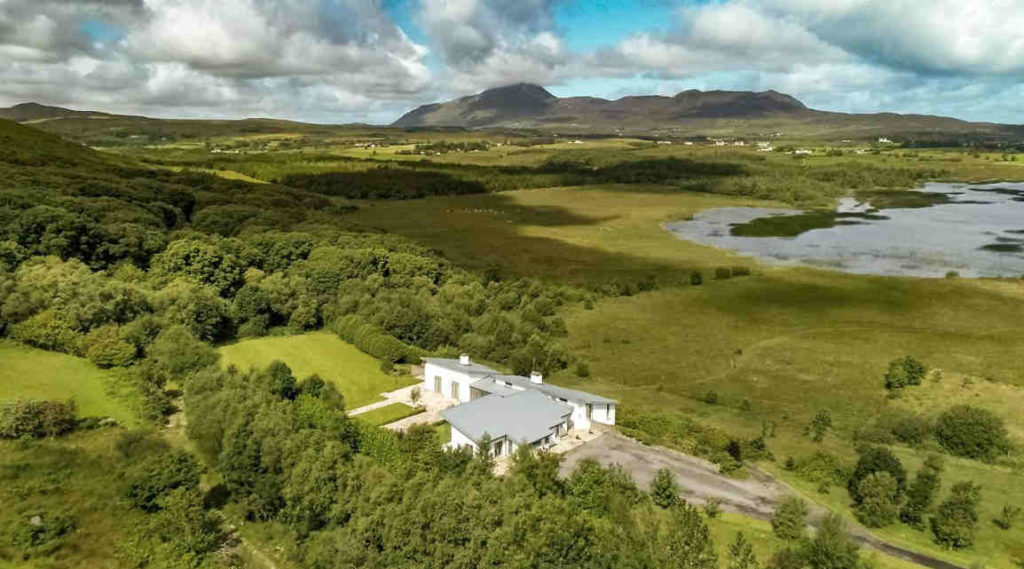