When the over-35 footballers of Ballina Town and Westport United won their respective Masters Cup semi-finals on the night of Wednesday, March 11, little did they know that they would have to wait a full five months before contesting the final. But the pandemic struck, lockdown was implemented and the Masters Cup tumbled a long way down the list of everyone’s priorities. 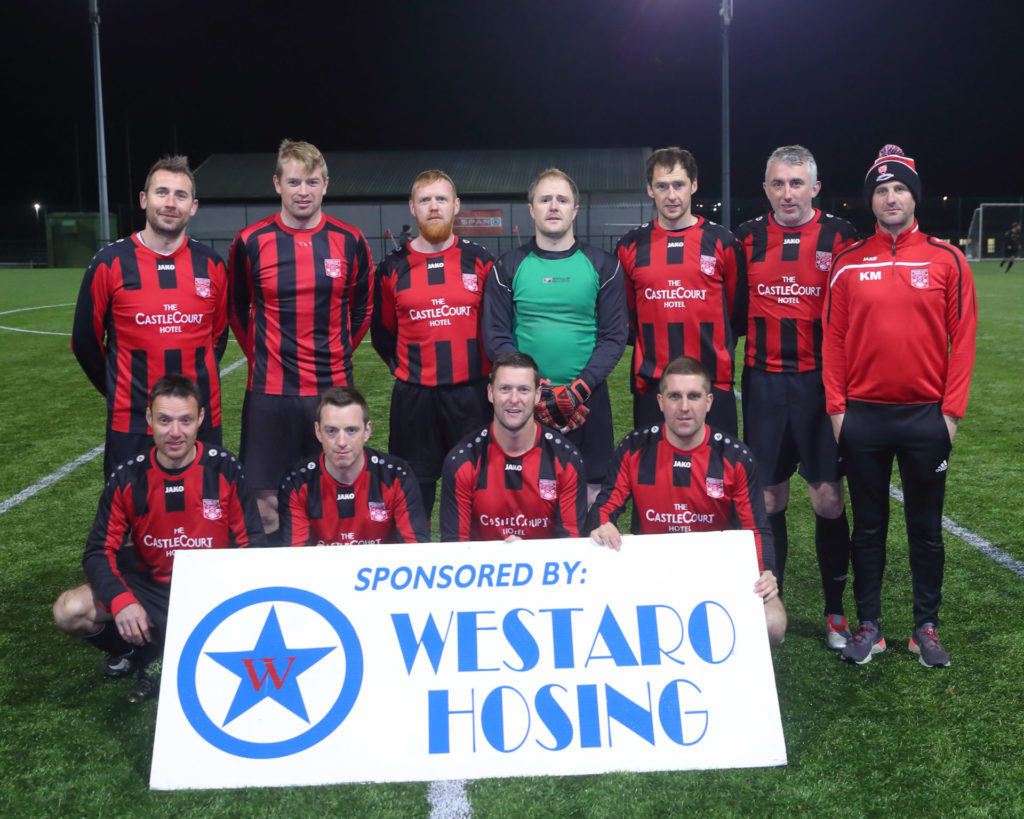 But domestic football has rolled back into life over the last month and the Mayo FA have fixed the postponed cup final for tonight (Wednesday) in Solar 21 Park at Milebush.

Both of these teams received first-round byes in the cup. In the quarter-finals, Ballina Town came through a tough encounter with Achill Rovers, emerging 5-3 winners, while Westport United were 8-5 winners over Claremorris, with David Hoban bagging a hat-trick for United and Mark McNally scoring two.

In the semi-finals, Kieran O’Malley, Malachy McCarron and Brendan Giblin were among the goals as Town overcame Castlebar Celtic 6-2, while United had another 8-5 win, this time over Swinford B, with McNally and Vinny O’Malley both registering halt-tricks.

These have been the two preeminent teams in the Masters League this season. They finished first and second in Division 1 of the league, with United taking the title after ten wins from eleven games and Town finishing second, three points back. 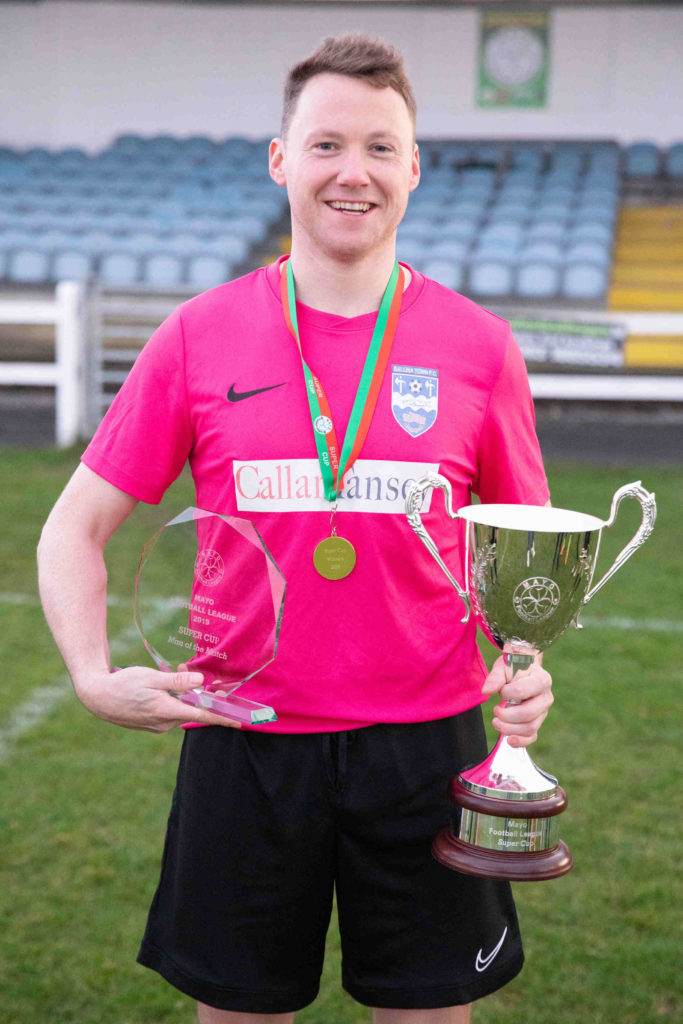 They met twice in the league, with United winning both games. In the first clash in the run-up to Christmas, two goals apiece from Danny Scahill and Mark McNally gave the Coveys a 6-4 victory while a brace from Hoban was crucial in United’s 5-3 win in the second league meeting in February. Those losses to United were two of just three games Town failed to win in the league this season.

Both sides are loaded with players with experience of winning Super League titles. For United, the likes of Scahill, Martin Geraghty, Dave Cameron, Vinny O’Malley, McNally and Shaun Tagg formed the core of successful United teams over the last 15 years, while Joe Lawless is still playing for the club’s junior side, who are through to the semi-finals of the Connacht Cup after Sunday’s win over Ballinasloe Town.

Town, meanwhile, have a wealth of winning experience of their own. Players like Michael Duffy, Tom O’Connor, Derek Tansey, Mark Beattie and Aidan O’Hora have won all there is to win in the Blue and White of the Town and would no doubt love to deny United a league and cup double.

One prediction that seems safe enough to make ahead of this game is that there will be goals. Both of these sides have been banging them in all season, even allowing for the free-scoring nature of Masters football in general.

United scored 70 goals in just 11 games in the league and another 16 in their two cup games so far, with David Hoban and Mark McNally both on a staggering 25 goals for the season so far. Hoban, however, is suspended for the final and his absence is sure to be a major blow to United.

Town have managed to be even more prolific, with 84 goals in 12 league games (United’s last league game against S&F was cancelled) and another 11 in the cup. Their main dangermen have been Tom O’Connor (16 league goals), Malachy McCarron (15), Eamon Cawley (13) and Cormac O’Malley (11).

The two sides also had the two best defensive records in Division 1 of the league, with United conceding a league-low 34 goals and Town not far behind them on 41.

Both teams are coming into this one-off game cold; five months have passed since either saw competitive action and while the players will no doubt have been doing their best to stay in shape, it’s almost impossible to know how the final will go. United, the reigning league champions with an arsenal of scoring power, look the more likely winners but Ballina Town will quietly fancy their chances in a winner-take-all decider.