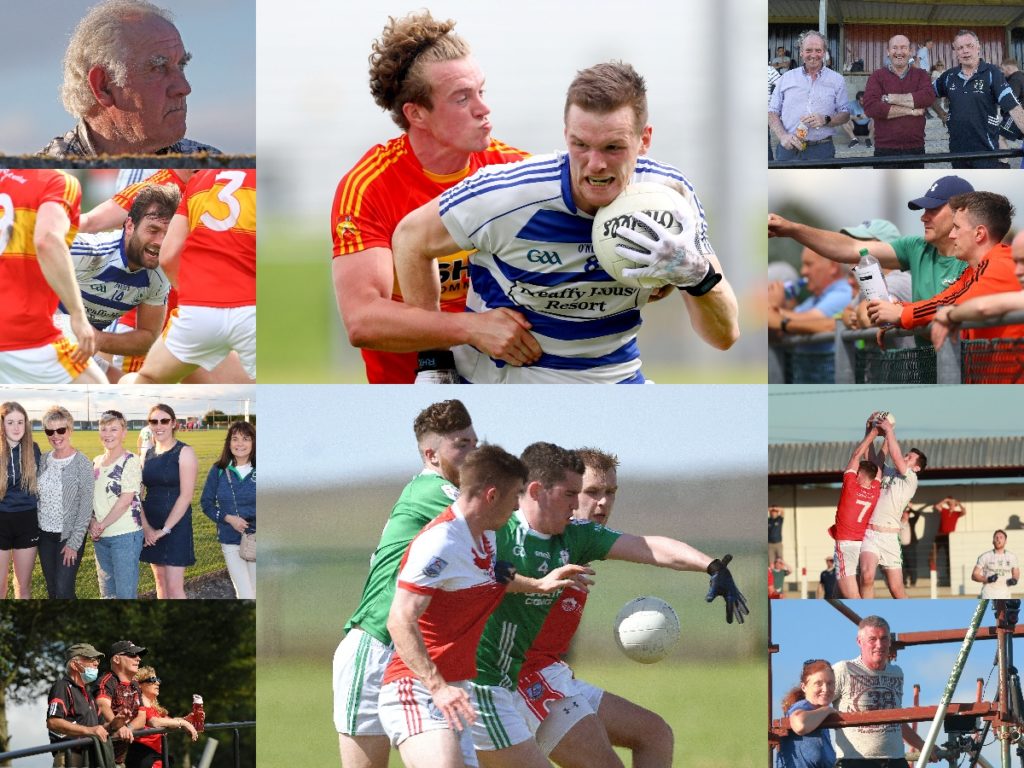 In many ways, the story of last weekend’s Mayo GAA Club Football Championship action was Bonniconlon, who progressed to their first intermediate quarter-final for over 20 years with a battling win away to 13-man Swinford on Saturday evening.

People tend sometimes to become consumed by the lure of the senior championship – and there’s no doubt it’s a mighty fine standard that Mayo can boast on that score – but Saturday and Sunday offered a firm reminder of the entertainment and quality on offer in the second tier of competition too.

Kiltimagh, who drew away to Louisburgh in Group 1’s other game, which was a cracking encounter played on the shores of Clew Bay, can join Bonniconlon in the last eight with a win when the two teams meet in Round 3 on the weekend after next.

Swinford and Louisburgh are both still in contention ahead of their Round 3 clash, but both would need to win that game and hope Bonniconlon beat Kiltimagh.

Mayo Gaels are also through to the last eight after they recorded their second win from two games at home to Castlebar Mitchels last Saturday evening. Burrishoole have been a big early faller, their chances of progressing ended by a home defeat to Ardnaree Sarsfields on Sunday. It will be a straight shootout between Ardnaree and Mitchels in Round 3 to decide who progresses alongside Gaels. Gaels will top the group regardless, while Burris’ are headed for the relegation play-offs.

It’s a similar story in Group 3, where Hollymount-Carramore are assured of top spot after beating Balla on Sunday thanks to some inspirational stuff from Darren Coen, while Islandeady are staring down the relegation play-offs after losing to Parke. Parke and Balla will meet in a winner-takes-all clash in Round 3 to decide who goes through with Holly-Carra.

Group 4, meanwhile, is all but settled, with Crossmolina Deel Rovers and Ballinrobe already through after their second wins over Lahardane and Ballyhaunis respectively. They’ll battle for top spot in Round 3, while last year’s county finalists Ballyhaunis will be hoping to avoid the play-offs when they meet Lahardane in the final round.

All of Ballina Stephenites, Knockmore and Ballaghaderreen are safely through to the knockout stages of the senior championship after they each claimed their second win from two games. The Stephenites and Knockmore both won in Group 3 on Sunday, seeing off Claremorris and Kiltane respectively, to seal their progressions. The sides will meet in a mouth-watering North Mayo derby in Round 3 to decide who goes through as group winners. Claremorris and Kiltane will clash with both hoping to avoid the relegation play-offs. 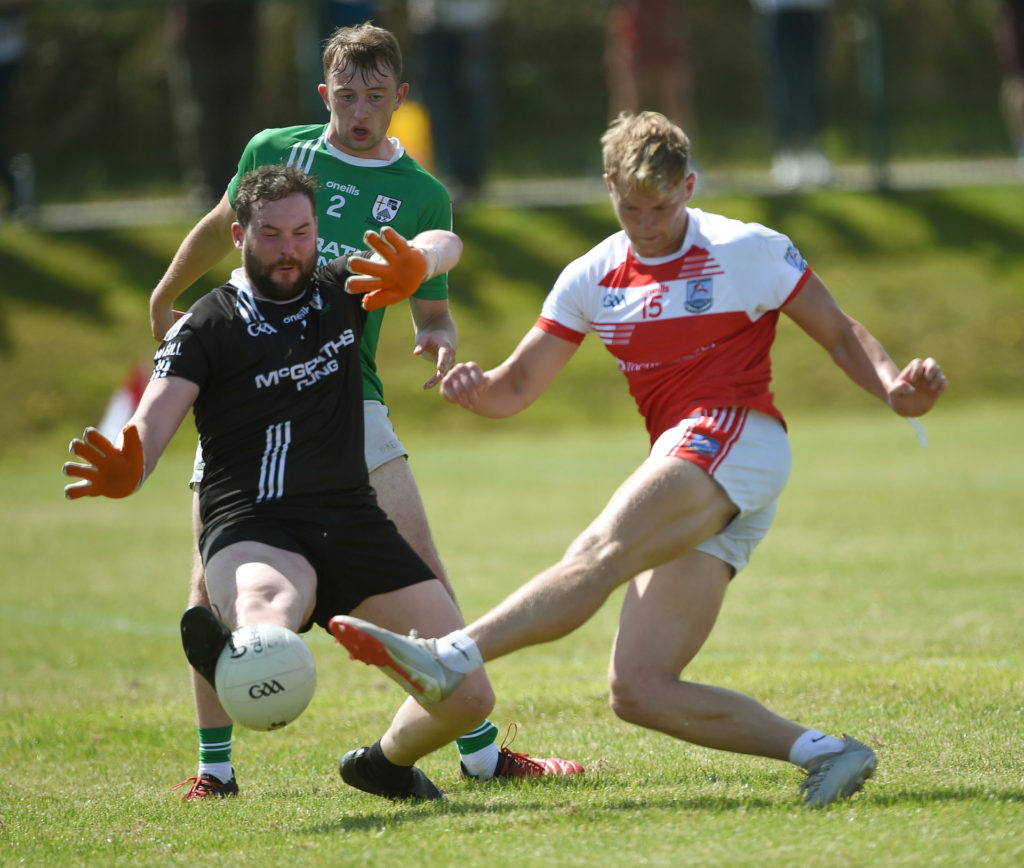 The Neale goalkeeper Keith Hennelly blocks the ball with his leg as Belmullet’s Gary Boylan shoots for goal during the Mayo SFC round 2 tie last Sunday. Awaiting the outcome is The Neale’s Brian O’Halloran. Picture: David Farrell Photography

Ballagh’ earned a one-point win away to Garrymore on Saturday evening to seal their quarter-final berth. Last year’s county finalists will top the group with a win or a draw against The Neale in Round 3. The Cong side are also in a strong position in Group 1 after drawing away to Belmullet on Sunday and will go through alongside Ballagh’ if they beat or draw with the East Mayo men in Round 3, or if Belmullet fail to beat Garrymore in the group’s other game. Garrymore are out of the running and will need to beat Belmullet to avoid the relegation play-offs, while the Erris side will need to beat Garrymore, hope Ballagh’ beat The Neale and overturn an 11-point swing in scoring difference to reach the last eight.

Finally, Group 4 of the senior championship is resting on a knife-edge after a dramatic weekend. Charlestown kept their hopes alive with a draw away to Westport on Saturday while Breaffy brought themselves right back into contention with a win away to Mitchels on Sunday.

In simple terms, the winners of the Round 3 games (Westport vs Mitchels and Breaffy vs Charlestown) will advance, but a draw will be enough for Westport and would also be enough for Breaffy to go through if Mitchels fail to beat Westport.

Ardagh, Eastern Gaels, Kilmeena, Kilmaine, Shrule/Glencorrib and Cill Chomain are safely through to the junior quarter-finals. Killala and Ballycroy will battle it out for the second place in Group 2 when they meet in Round 3, while Achill should advance from Group 3 alongside Kilmaine if they can overcome Kilfian in the final round.

Be sure to get your copy of this week’s Western People (print or digital editions) for extensive reports on all sixteen matches in Round 2 of the Mayo senior and intermediate football championships.