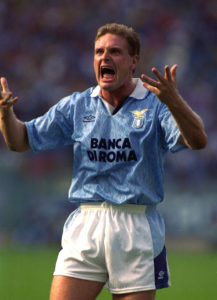 In the summer of 1989, Paul Gascoigne and his Tottenham Hotspur teammates, including Gary Lineker and Chris Hughton, headed to Ireland for a preseason friendly with Cork City and while across the channel, they decided to pay a visit to County Mayo, specifically to the village of Bohola to visit the three famous pubs immortalised in song by Brendan Shine.

Although the game of football was played with a somewhat more lenient approach to the odd pint and a takeaway in those days compared to the nutritionally-driven sport it is today, such a trip was not going to sit well with the boss Terry Venables, so they came with a very elaborate cover story.

The team told Venables they were taking Gazza fishing, a very believable story given the richness and abundance of salmon in the local rivers and Terry agreed to let them off for the day to enjoy the beautiful, scenic surroundings of north Mayo.

They never made it to the Moy.

Paul Stewart, who was part of that squad, tells the tale in the new book Our Gazza: The Untold Tales.

“In the build-up to that game against Cork City, we told the boss that we were going to take Gazza fishing. Of course, it just turned into an excuse to go for a drink. He wanted to take us around the famous three pubs where everyone was desperate to get their photo taken with Gazza.”

The three famous pubs in Bohola were MacDonald’s, Clarke’s and Roche’s made famous in a song by Brendan Shine. 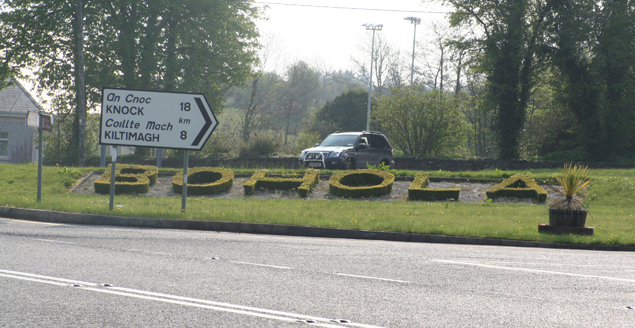 “We were a bit of a sideshow really, but it was a great laugh. By the end of the ­afternoon, we were all legless but we knew we had to go back to the team hotel for the evening meal,” said Stewart.

But what was Terry Venables going to say when his squad came back to the hotel, reeking of booze, stumbling through the doors and most importantly, with no fish? The Spurs players had a cunning plan to fool El Tel.

“We came up with a plan to stop at a fishmonger on the way back, where we bought a frozen trout,” said Paul Stewart. “It was so obvious we had not caught it, it had been gutted. But we took Gazza down to the river for a photo and hooked the fish on the rod. He was beaming with his prize catch.”

“It was the one that didn’t get away and indeed had not been anywhere for some time — apart from a freezer compartment.”