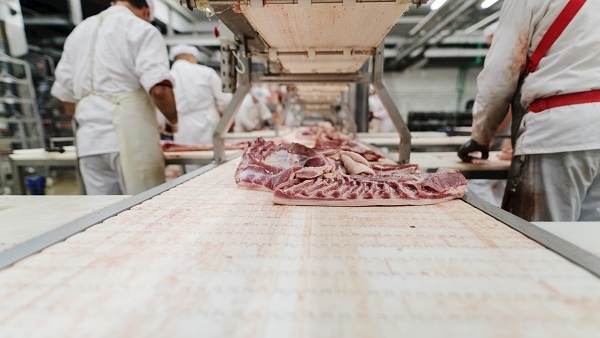 This comes after a number of outbreaks at processing plants in Kildare, Laois and Offaly – which have been linked to over 300 cases.

A fourth meat factory, Carroll Cusine, today announced it was suspended production at its facility in Tullamore in Co Offaly.

SIPTU held a two-hour meeting with Meat Industry Ireland today, where a commitment to rapid testing of workers was agreed.

Inspections was one of the biggest issues that discussed seeing as 33 have been carried out at meat plants between the middle of May and end of July, according to the Health and Safety Authority.

Greg Ennis from SIPTU says there needs to be a national testing programme put in place for the meat industry.

“We have done it in the HSE for workers in that industry and because Covid is so virulent within in the meat industry now and has been for some time.

There have been 450 cases, so we need our meat industry plants to be tested and the workers in them as well.”

“That issue was discussed also and Meat Industry Ireland would subscribe to that as well and they have no issue with unannounced inspections.

“I definitely believe there should be more, there have been some but not enough.”