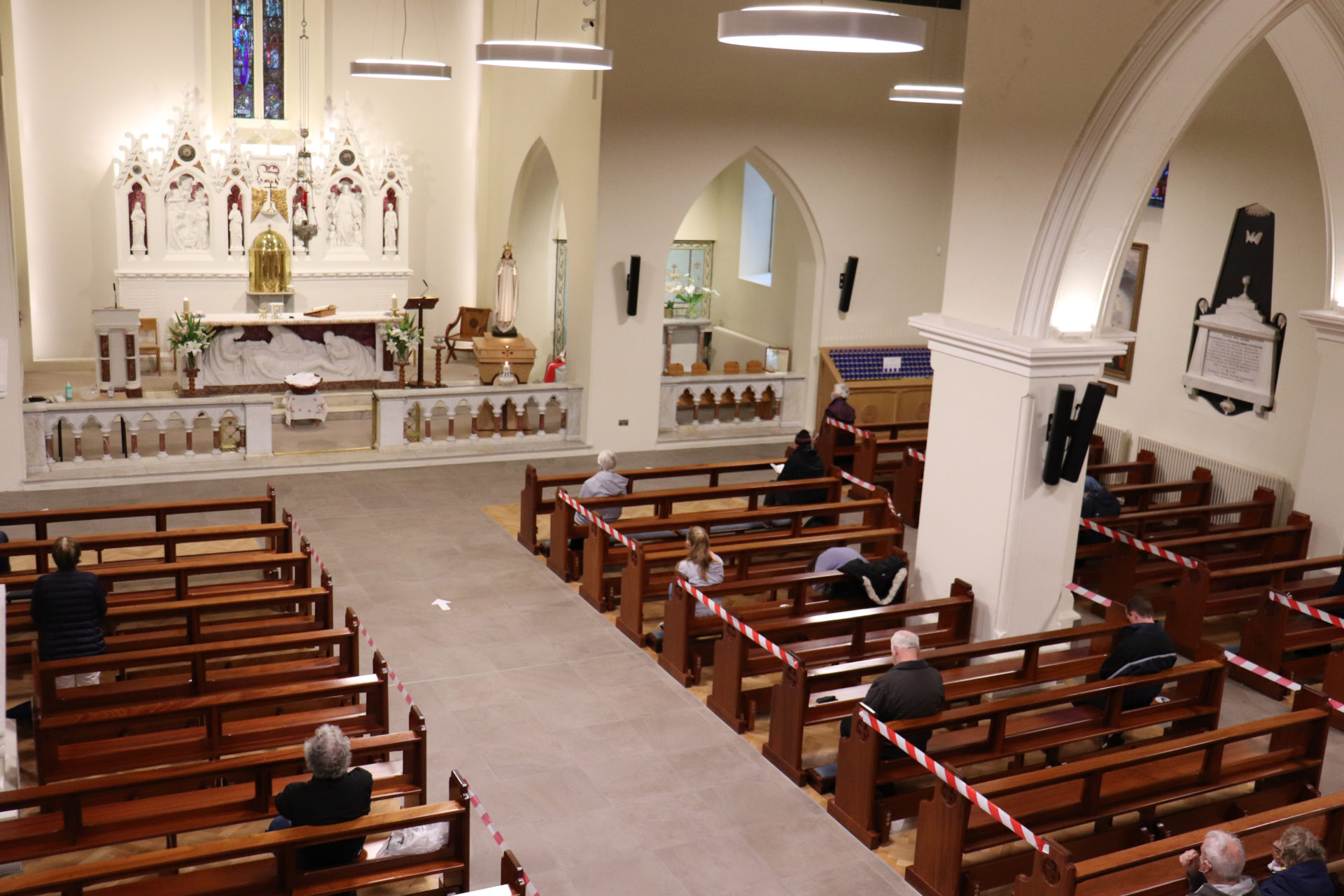 August 15 is usually the busiest day in Knock’s calendar but the Shrine will not open to pilgrims this year.
The Feast of the Assumption attracts 20,000 people to the village, with many walking there for 6am Mass, but Shrine Rector Fr Richard Gibbons has confirmed the “heartbreaking decision” to close the Shrine on the day.
“In the light of the current escalation of Covid-19 cases around the country together with the sheer impossibility of having the resources necessary to deal with the potential of large numbers of people gathering at the Shrine for the 15th August and being extremely conscious of our responsibility for the safety of our parishioners, pilgrims, visitors, staff, volunteers and priests, Knock Shrine has taken the unprecedented and heart-breaking decision to close the Shrine and grounds for the 15th August only,” he said.

When the Novena, which usually runs from August 14-22, was called off there had been hopes that additional Masses would be organised to cater for the large number of pilgrims expected to visit but the decision to close was taken after detailed discussions with the Church and State bodies.
Since Masses resumed in Knock at the end of June the Shrine has been forced to cope with queues gathering for services every day and Fr Gibbons has now appealed to people not to travel to Knock for August 15 as the Shrine and grounds will be closed off to everyone in order to prevent large gatherings

Gardaí confirmed late last week they have a policing plan in place to support the free movement of people and deal with any issues that may arise during the week.
“In order to ensure the safety and security of the area a police operation will be in place over the course of the week. There will be a Garda presence in the area,” said a Garda spokesperson.

This year is the first since its inception in 1977 that Knock Novena will not go ahead.
Local businesses spoke of their disappointment when the Novena was cancelled with hotels, restaurants and guesthouses in East Mayo all counting the cost of what would usually be one of their busiest weeks of the year. The loss of business on August 15 will only heighten their concern.