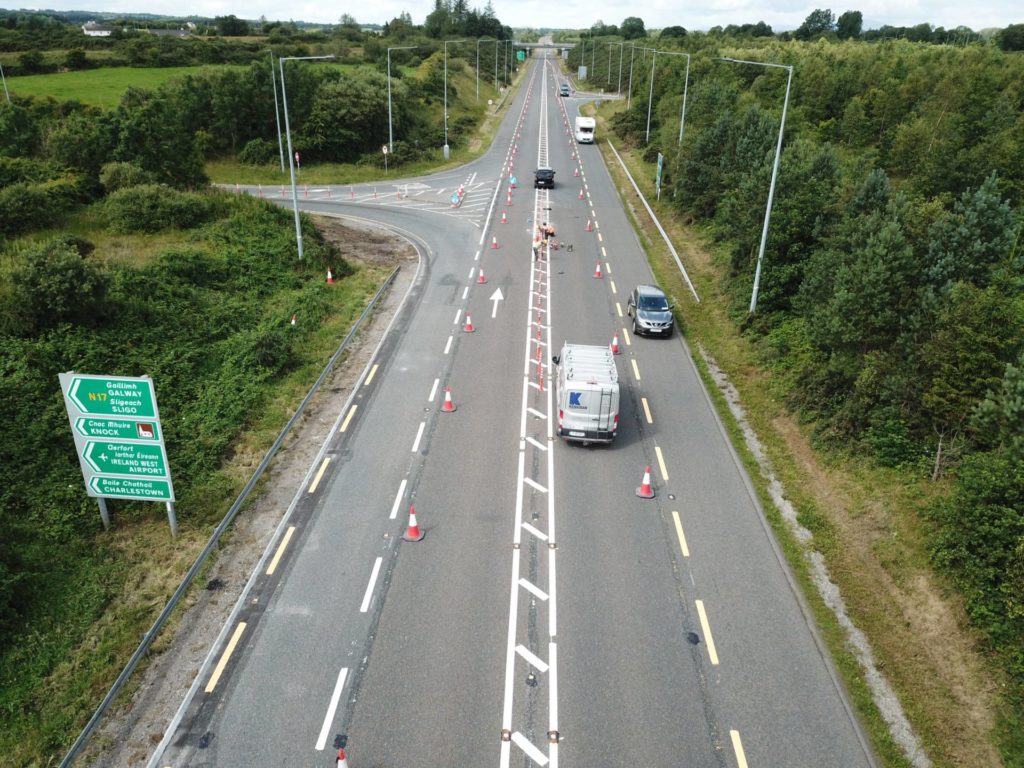 Kenaidan Contractors have erected bollards on the N5 and N17 to improve road safety.

A simple addition to the roadway has put an end to illegal manoeuvres on the N17 and N5 at Charlestown, Knock and Claremorris.

Bollards have been erected in the centre of the busy national routes in the hope they will reduce the number of minor accidents caused by motorists taking illegal turns from slip roads onto the main thoroughfare. 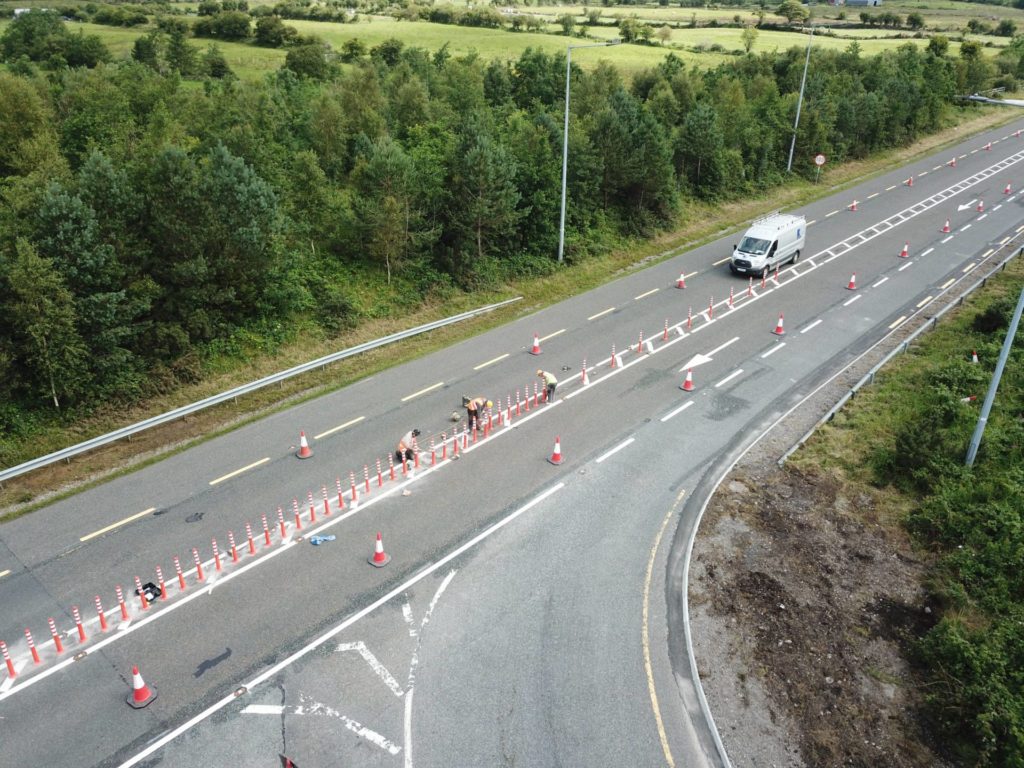 Minor accidents at junctions in Charlestown, Knock and Claremorris prompted Mayo County Council to erect bollards along the national routes.

In Charlestown, a single row of bollards was erected on the N5 across from the slip roads in and out of the town.

In Claremorris, two sets of bollards were erected in the centre of the N17 to prevent motorists from making illegal turns in the direction of Galway or Sligo.

Mayo County Council’s senior executive engineer Conrad Harley said motorists have been taking shortcuts and a number of minor collisions have been reported at the busy junctions in recent years but it’s the council’s aim “to cut the number of accidents”.

Similar works on the Ballaghaderreen bypass when it was built in 2014 have proven beneficial with bollards erected along the N5 at a link road bringing traffic in and out of the town.