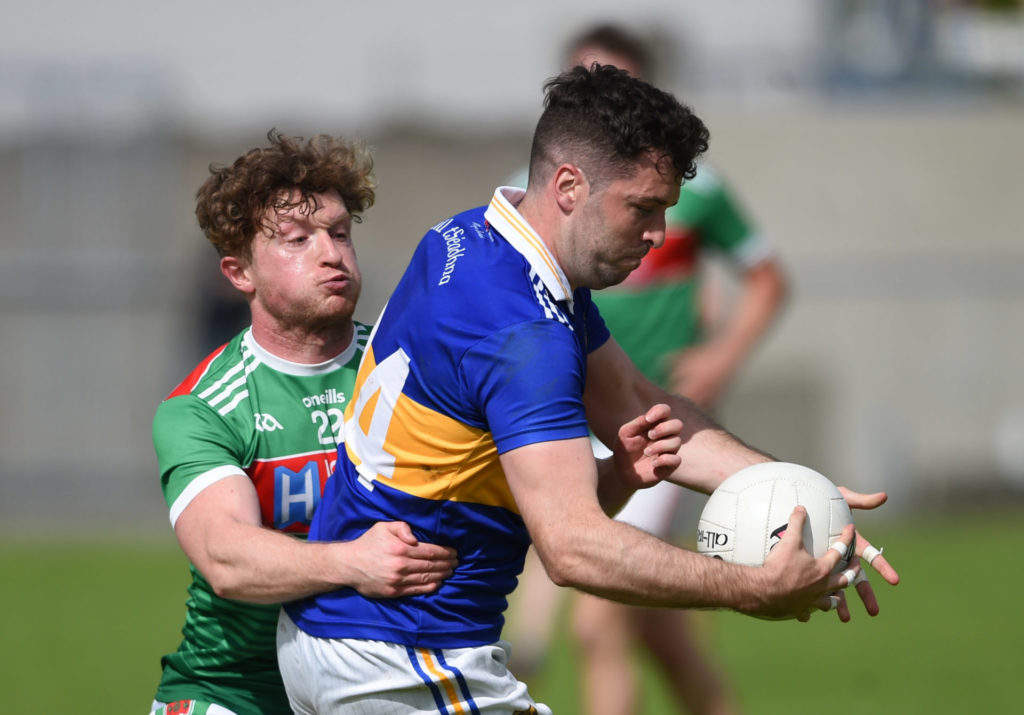 Ballina Stephenites’ Keith Tighe makes a grab for the jersey of Kiltane’s John Reilly in their Round 1 clash. Picture: David Farrell Photography

After months of uncertainty and doubt, the Mayo club championships finally returned last Bank Holiday weekend with a full slate of matches across the senior, intermediate and junior grades. 46 club teams were in action between Saturday and Sunday, with each one harbouring their own ambitions for the condensed 2020 season. The good news is that the action is set to be just as hot and heavy this weekend.

In the senior championship, the big story of last weekend was Westport, who suggested that their young team might well be ready for their shot at the title by holding off a late Breaffy comeback to run out one-point winners in their Group 4 meeting. Goals from Kevin Keane and Killian Kilkelly were the decisive scores for the visitors, who can now seal their place in the quarter-finals with a win at home to Charlestown in Round 2 this evening (Saturday). Breaffy will be fighting for their championship lives on Sunday when they make the short trip to Munnelly Park to take on Castlebar Mitchels, who were made to dig deep for a victory away to Charlestown on Saturday.

Elsewhere in the senior championship’s opening round, Dylan Keane ensured his name will go up beside John Wayne’s in the folklore of Cong as his injury-time goal gave The Neale a dramatic victory over Garrymore in the club’s first-ever game of senior championship football. Their next task is return from the long, long trip to Belmullet on Sunday with another two points that would guarantee them a place in the quarter-finals. 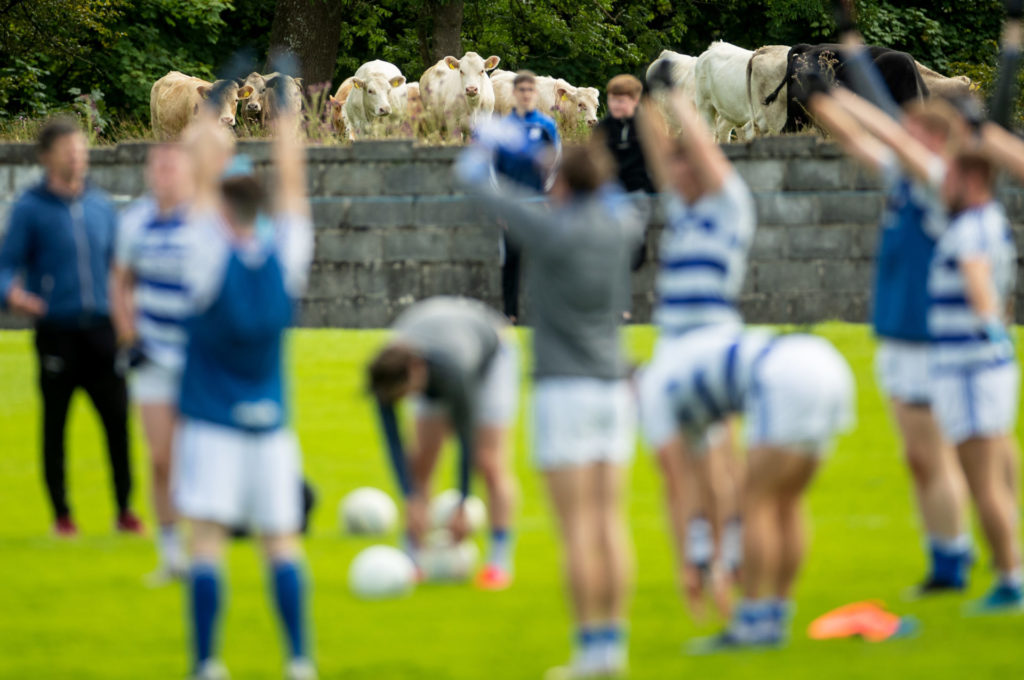 Cows look on as Breaffy warm-up ahead of their Round 1 meeting with Westport. Picture: INPHO/James Crombie

Ballaghaderreen enjoyed a comfortable win over the Erris outfit last week, likewise Knockmore and Ballina Stephenites had comfortable wins over Claremorris and Kiltane respectively; all three clubs will have eyes on the knockout stages and will be fancying their chance of a prolonged run in the competition. Ballagh’ travel to the aforementioned Garrymore tonight and it’s Sunday outings for Knockmore and Ballina who visit Kiltane and Claremorris respectively

Group 2, meanwhile, is balanced on a knife-edge after Round 1 after both of its games finished in draws. Davitts and Moy Davitts couldn’t be separated in Ballindine while reigning champions Ballintubber were given something of a wake-up call at home to Aghamore as a low-scoring affair ended level at 0-7 to 1-2. Ballintubber will look to get back on track away to Moy Davitts this Saturday evening with Aghamore having home advantage for their game against Davitts.

Be sure to get your copy of next Tuesday’s Western People (print or digital editions) for extensive reports on all sixteen matches in Round 2 of the Mayo senior and intermediate football championships.