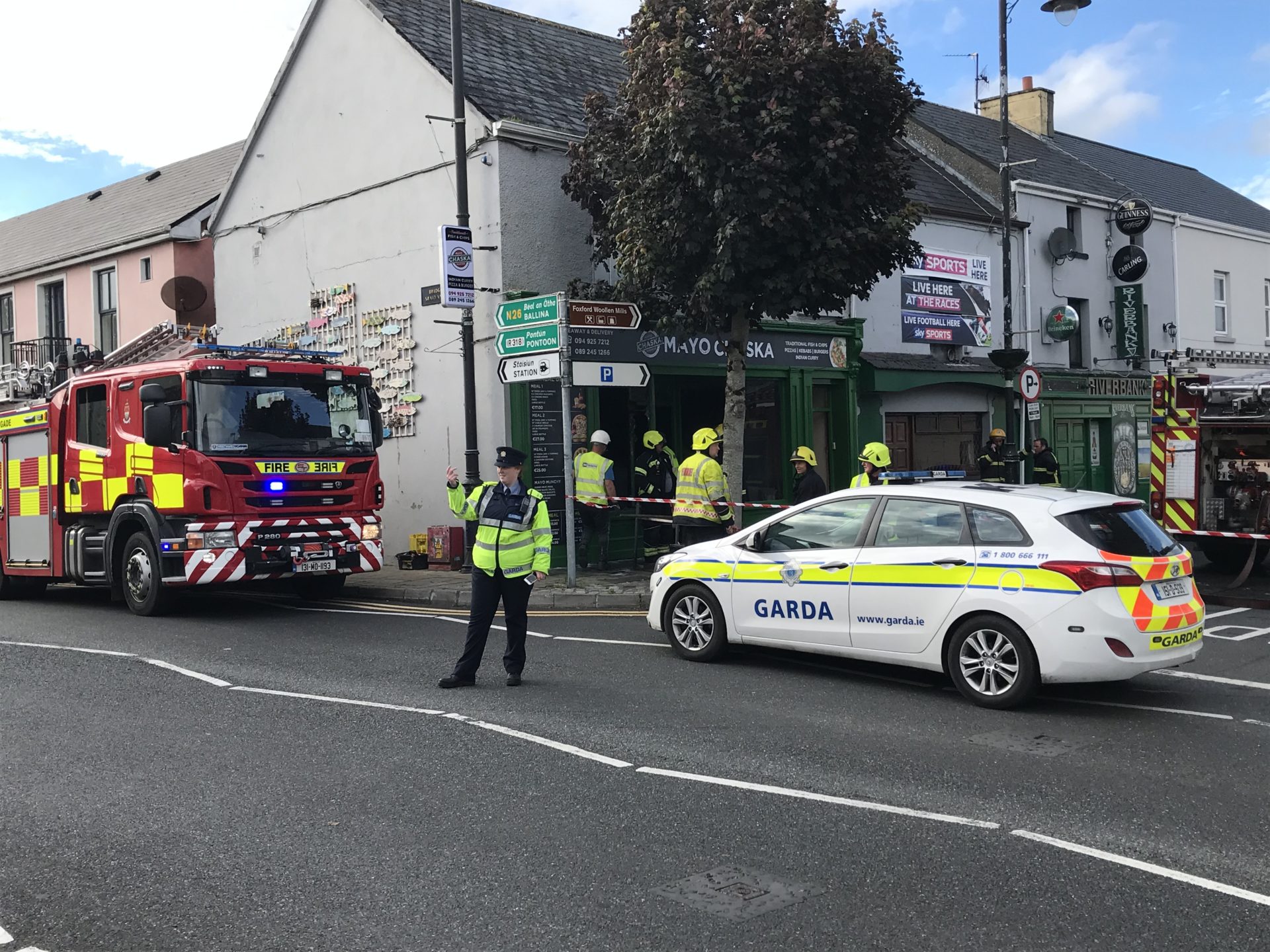 A Foxford takeaway which was days from opening has been extensively damaged in a fire but no one was injured in the blaze.
The Fire Service was alerted to the incident at Lower Main Street shortly before 5pm yesterday evening and units from Ballina and Swinford attended the scene.
Officers said the fire was “at an advanced stage” when the arrived at the scene and they were met with smoke pulsing from the openings and blackened windows.
However, they brought the situation under control with 10-15 minutes.
Damage was confined to the kitchen/cooking area but there was extensive smoke damage throughout the ground floor.
Fire crews remained at the scene for a number of hours dampening down the burning debris before the ESB isolated the electrical supply.
Gardaí are continuing to investigate the source of the fire but it’s understood it originated in the oven area of the kitchen.
A takeaway in the town was due to relocate to the commercial premises with Chaska Mayo due to open in the coming days.