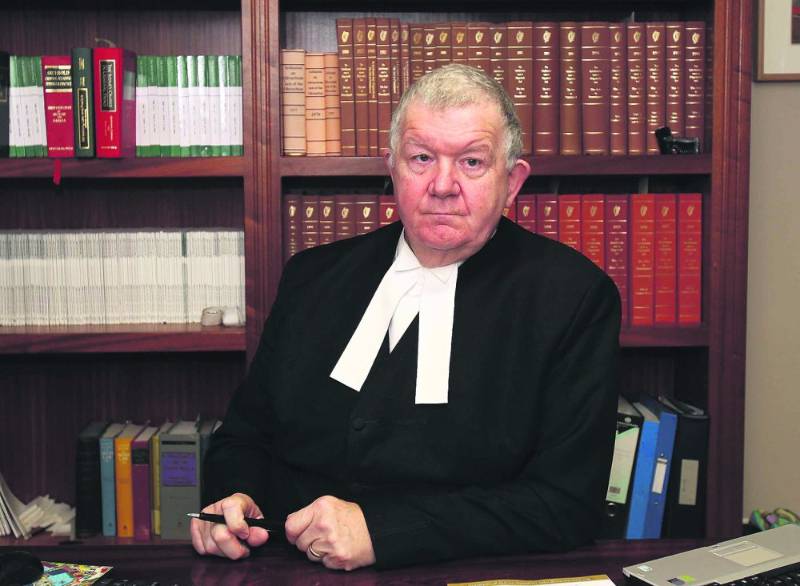 Solicitors and barristers in Mayo have questioned the legality of a decision by the Courts Service to move the Central Criminal Court to Castlebar which they say will effectively suspend the administration of justice in the county.

A similar situation has arisen in Sligo where it is proposed to move the Circuit Court sitting to Letterkenny.

Last week, Judge Rory MacCabe noted four weeks of the Castlebar Circuit Criminal Court had been listed from October 5 next. “However, the Central Criminal Court will be coming to Castlebar for the entirety of next term (September to January). As a result, it is proposed to hold the final two of the four week Mayo sittings in Galway.”

Diarmuid Connolly has expressed utter dismay at the decision of the Courts Service.

Following a meeting of practitioners, barrister Diarmuid Connolly expressed utter dismay at the decision to effectively suspend the administration of justice in Mayo for five months from September which he said had been made without any consultation whatsoever with the very people who are affected most.

“This will discommode large numbers of witnesses, victims, their supporters, members of An Garda Siochana, members of the media, registrars and members of the legal profession, obliging them to travel to Galway to take part in the criminal justice process.” He said it was not clear if this decision is legally sound and constitutionally permissible.

Mr Connolly noted the lack of public transport and Galway’s chronic traffic jams will also place a huge burden on people. “It must be borne in mind that Belmullet is 2.5 hours from Galway.” He questioned why options of suitable alternative venues in Mayo were not looked at.

Solicitor Gary Mulchrone said this was a ‘calamitous decision’. As a result, the district court would have to move back to a smaller room that, with social distancing, can only accommodate ten people.