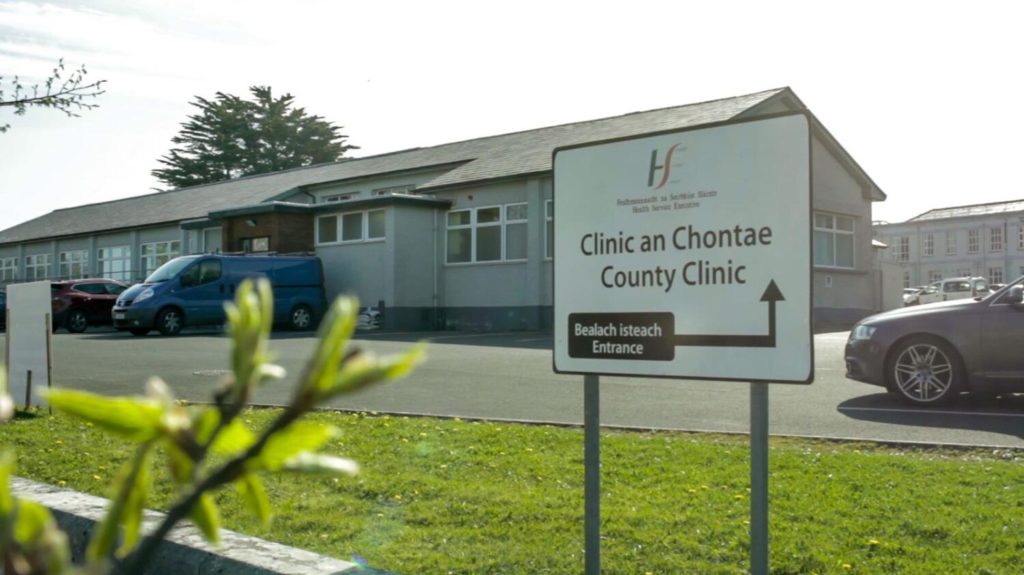 Despite seven new cases of coronavirus confirmed in Mayo last Saturday, the county’s Covid-19 community assessment hub, based in Castlebar, has been wound down due to lack of cases, the Western People understands.
Part of a national network, the hub aimed to divert patients with mild Covid-19 symptoms requiring medical assessment away from the acute hospital system. They were designed to provide a facility where patients could be seen and clinically assessed by a team of nurses, doctors and physiotherapists. The hubs can be accessed by GP referral only.
Mayo’s community assessment hub was one of three across the Community Healthcare West region (Mayo, Roscommon and Galway). Located in Castlebar at the County Clinic, it had originally opened on April 20.
It’s understood it will reopen if there is an increase in cases but Roscommon’s community assessment hub, based in Castlerea, has also been wound down, and although the Galway hub at Merlin Park Hospital is being retained, that too is currently stood down.
“The anticipation is that we are not going to need as many of them,” remarked Castlerea GP Dr Michael Henry.
Speaking ahead of the Castlebar hub’s opening back in April, Breda Crehan-Roche, Chief Officer of Community Healthcare West explained that: “Lots of staff have had to double-job in the community so that these hubs could be adequately staffed – a testament to the dedication and commitment of all staff, a real team effort.”
They were initially set-up with the intention of operating seven days a week for up to twelve hours, if there was sufficient demand for the service.
The news of their closure comes as the number of new cases of Covid-19 reported in the past week remains high, with 46 new infections recorded yesterday – 85 per cent of which were in people under the age of 45.

HSE Community Healthcare West is, however, continuing to operate a Covid-19 test centre at MacHale Park in Castlebar, and at Galway Airport and in Castlerea.
In addition, the National Ambulance Service continues to conduct testing at home for persons who are unable to travel to a Community Testing Centre.

Business set up during lockdown proves a big success