Straight red for O’Connor as championship begins with a bang 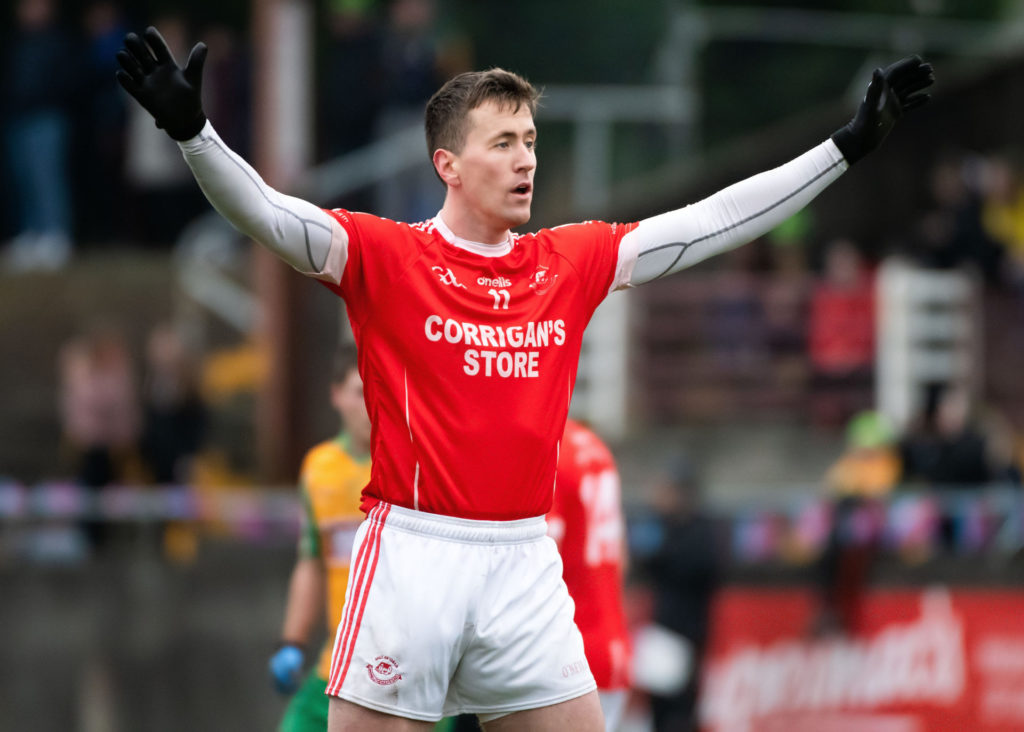 Ballintubber’s Cillian O’Connor (pictured) and David Kenny of Aghamore were sent off following an off the ball altercation.

Reigning champions Ballintubber suffered a stuttering start to their defence of the Moclair Cup when held to a draw in tonight’s opening round of the Mayo Senior Football Championship.

A punched goal inside the final five minutes by Aghamore substitute James McNeive helped earn visitors Aghamore a share of the spoils at Ray Prendergast Memorial Park in Clogher and in many ways it was a point the East Mayo outfit thoroughly deserved.

In what were poor conditions, Ballintubber had dominated possession for the opening 30-minutes and always held the edge on the scoreboard but they failed badly in their attempts to put Adrian Donoghue’s plucky underdogs to bed. Kevin Johnson’s side paid a costly price in the end, as the drab and low scoring affair finished 0-7 to 1-4. Worse again for ’Tubber was that they had their attacking ace and Mayo star Cillian O’Connor dismissed in the second half on a straight red card after he became involved in a scrap with Aghamore man-marker David Kenny who also received his marching orders from referee Kevin Connelly.

The GAA’s all-time leading inter-county championship scorer will now be unavailable for Ballintubber’s trip to Foxford next weekend where they will play Moy Davitts in Round 2. Indeed Group 2 has already taken on an intriguing look as the Moysiders also drew their opening round match on Saturday, with their namesake and hosts, Davitts, kicking a late equalising point in a contest that ended 0-9 apiece in Ballindine.

The two stalemates mean that all four teams in that group are guaranteed to still be in with a chance of achieving quarter-final qualification regardless of their results next weekend, as Round 3 will prove all decisive. 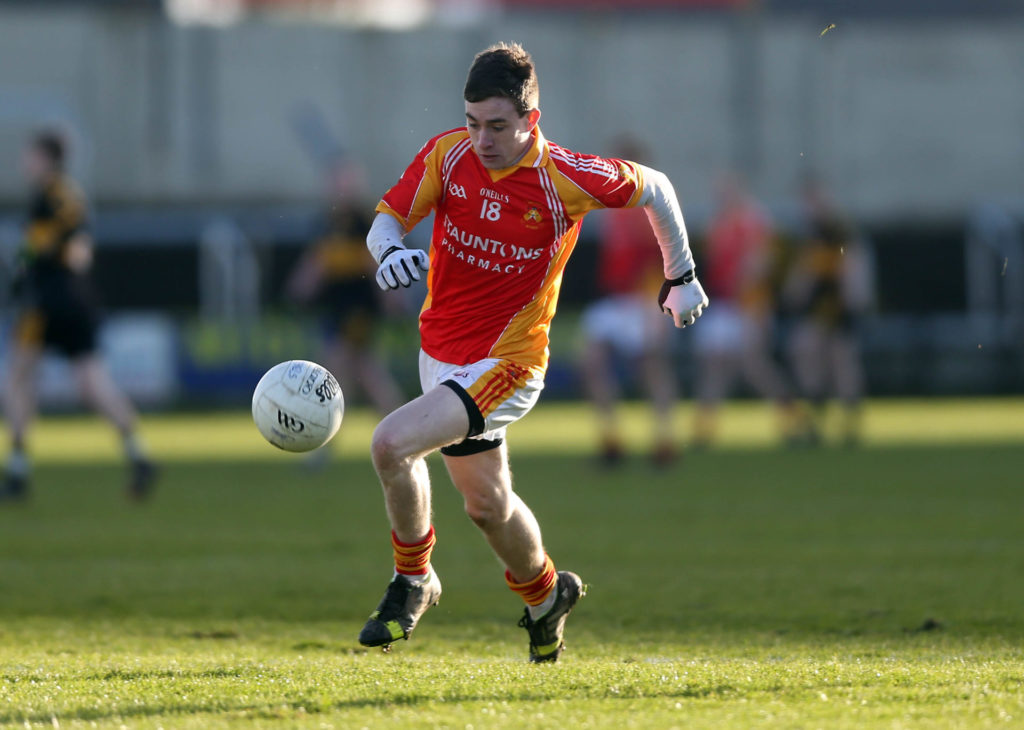 A couple of late points from James Durcan helped Castlebar Mitchels get over the line in Charlstown.

Elsewhere this evening, there was a dream introduction to senior football for The Neale as they nicked victory against South Mayo rivals Garrymore with the very last kick of their Group 1 encounter in Cong.  Garrymore had led from the first score until the ninth minute of second-half stoppage time, at which point Neale substitute Dylan Keane blasted the ball past Brendan Lynskey and into the net to give last year’s intermediate champions a famous 1-9 to 0-11 victory.

Garrymore were without the services of the experienced Jamie Oates and Gary Golden, the latter picking up an injury midweek, but that should take nothing from The Neale’s one-point triumph that will have them dreaming of reaching the knock-out stages of a senior championship in which never before this year had they ever played.

In Group 1’s other game, last year’s beaten county finalists Ballaghaderreen turned on the afterburners in the second half to sweep aside the challenge of Belmullet. The Erris visitors led by three points at half-time having converted two penalities but they managed to score just one point in the second half as Paul McHugh’s side eased to a 3-11 to 2-4 win. Mayo panellist Ryan O’Donoghue departed the action for Belmullet with fifteen minutes to play at a time when the teams were all square.

The fifth and final senior tie of the night was the clash of Charlestown and Castlebar Mitchels, with the latter, now managed by Alan Flynn, eventually pulling away from the dogged home side to win 1-13 to 1-9 at Fr O’Hara Park.

Paul Towey was in excellent shooting form for the locals, and set up their goal and also won a couple of eyecatching marks, and with five minutes to play there was only a point between the teams. However, it was Towey’s Mayo teammates Paddy and James Durcan who put their shoulder to the wheel down the home stretch to see Mitchels safely home.

Another of Mitchels’ county contingent, Donie Vaughan, hobbled off late on with a suspected hamstring injury.