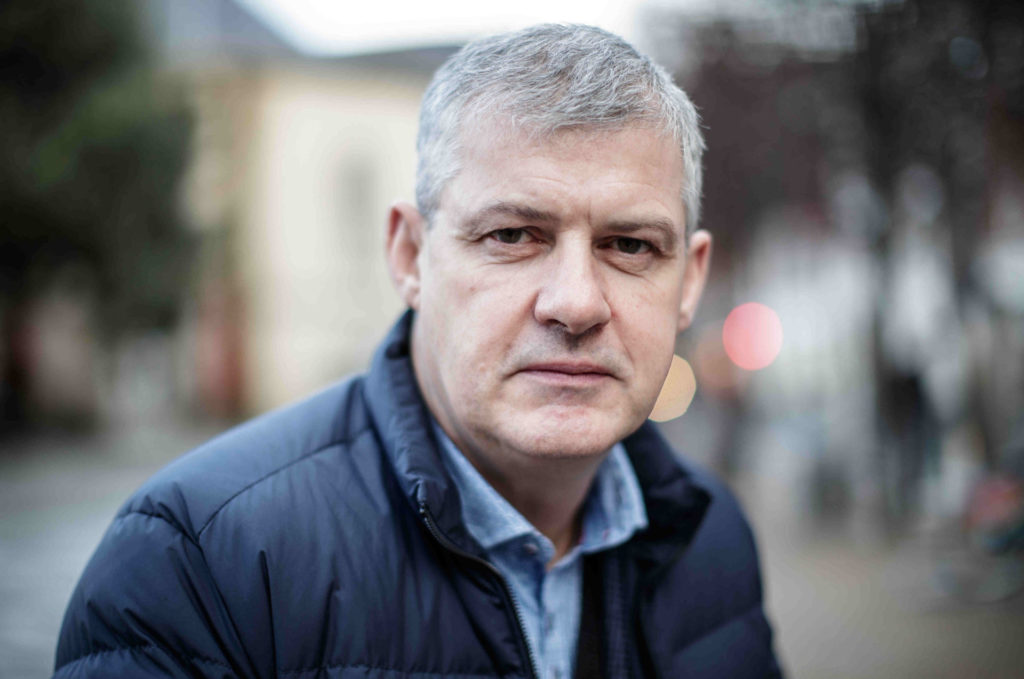 Kevin McStay has spoken candidly about being overlooked in 2014 for the senior football manager’s job in his native Mayo.

He was in the running for the job in 1995 and 2014 and despite insisting he was finished managing at inter-county level, Kevin McStay says the Mayo job could still tempt him if they rang him tomorrow morning.
The 58-year-old’s most recent stint at that level was as Roscommon boss. He stepped down in 2018 after three years in the role, the high point of which was winning a Connacht title in 2017.
McStay was heavily linked with the job of managing his native county in 2014 before the County Board opted to appoint Pat Holmes and Noel Connelly as joint managers.
Speaking to the Roscommon People Podcast, McStay has hesitantly stood by his declaration that he’s finished with inter-county management but left room for an exception.
“Supposing Mayo rang tomorrow morning, there’d be a little fella on my shoulder saying, ‘Of course you can do this now. You’re well rested now, you’ve loads of experience and show them now, shove it up somebody’s jumper now’, and that’s the easy thing to think but the reality is, I’m in my late 50s now.
“I’ve gone through an awful lot the last 10 years, the highs, the lows, the ins, the outs and if you don’t have the energy or the enthusiasm or the fire, the want for it, you’d be at nothing.
“And yet there’s a part of me, having said everything I’ve said, sure wouldn’t you sit down anyway and listen to what they had to say.”
Kevin McStay told presenter Paul Healy he has sometimes questioned himself as to why he didn’t make it harder for Mayo County Board not to appoint him as senior football manager after James Horan stepped down from the role in 2014. The Ballina native, who has resided in Roscommon since the 1990s, was the only candidate and had what he describes as an “open discussion” with the interview panel, but was later contacted by County Board chairperson Paddy McNicholas who said he wasn’t prepared to support McStay’s application for the job.
“It was outrageous. There’s no other way of saying it. How do you not get the job if you’re the only candidate?” the RTÉ pundit argues.
“Once or twice I’ve said to myself, why did I give in so easily. Why didn’t I say, hang on, I’ll meet you in Kiltimagh, or we need to talk about this. I think I was so stunned. I was the only candidate so I didn’t see this coming. I thought they’d be delighted to have me. That sounds a little bit boastful but I don’t mean it that way, I mean I thought they knew my intentions were good here, that I just want this Mayo team, our county, to win this bloody All-Ireland and at this moment in time I believe I’m the best-placed man to get that job done.”
McStay went on to admit his great disappointment that Pat Holmes and Noel Connelly suddenly emerged as live contenders for the job after Holmes had already expressed no interest in returning for a second stint as senior manager.
“I played with Pat on and off. The sort of person I am, I couldn’t do that to someone. You have to bring them into the conversation – and I was stunned.
“Sometimes when I’m out walking I think I went too easy, I made it too easy for them, because I had a lot of support around the county. I probably should have rang Paddy Muldoon, Seamus Gallagher, some of the older County Board lads, fellas who had influence around the place, and said what’s going on lads – how do we put this right? But within 48 hours it was gone, 72 certainly, and I was really crushed over that. I lost a lot of confidence over that.” 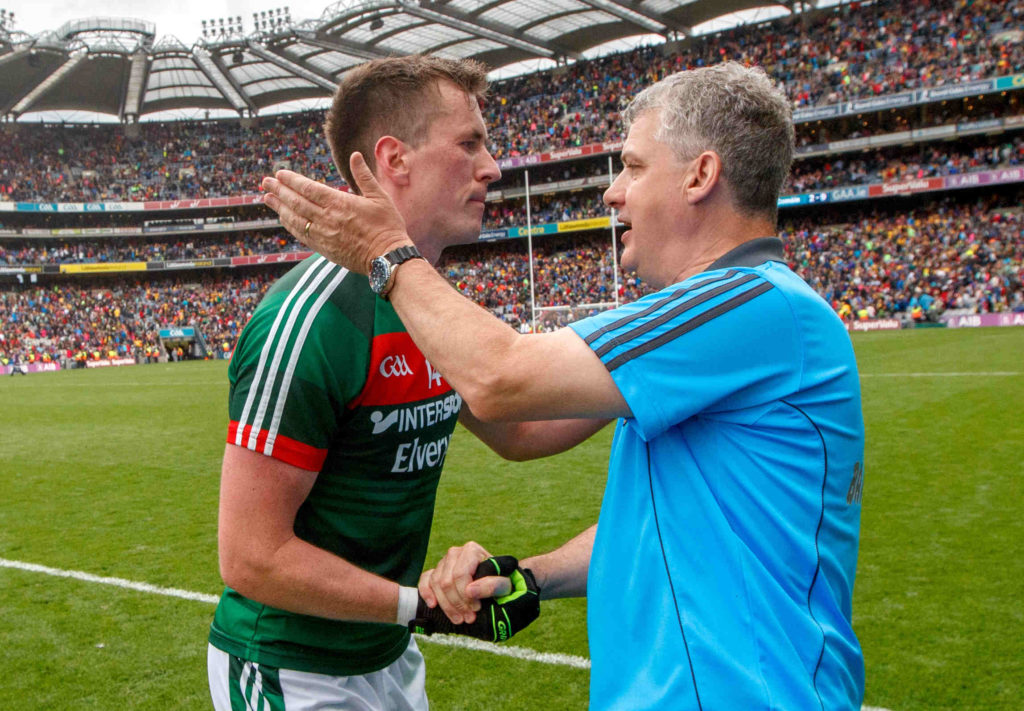 Kevin McStay was in charge of Roscommon when they played Mayo in the quarter-final stages of the All-Ireland SFC in 2017.

He added: “I have a sense perhaps that in the end there were a lot of people in Mayo who knew that group were within a hair’s breadth and they wanted their man to be the one [to get them over the line]. It left an awful sour taste at the time, it took me a long time to get over it, and then Roscommon rescued me from probably not getting involved in football ever again. I probably wouldn’t have bothered.”
It’s 1951 since Mayo won an All-Ireland SFC title and Roscommon’s wait stretches back even further to 1944 and Kevin McStay says that having reached his late 50s, his big fear is that he’ll never see either lift the Sam Maguire trophy.
“Mayo probably have the much better chance but will they? And that’s when you say, Jesus, at that particular time, when Mayo had the best or one of the best panels in the country…
“All they needed was a millimetre. All they needed was one or two positional things and, you know, I had a few ideas in my head. I was sure we could win it. I was convinced we could win it.
“I’d have loved to have the opportunity to fail, let me put it that way.”