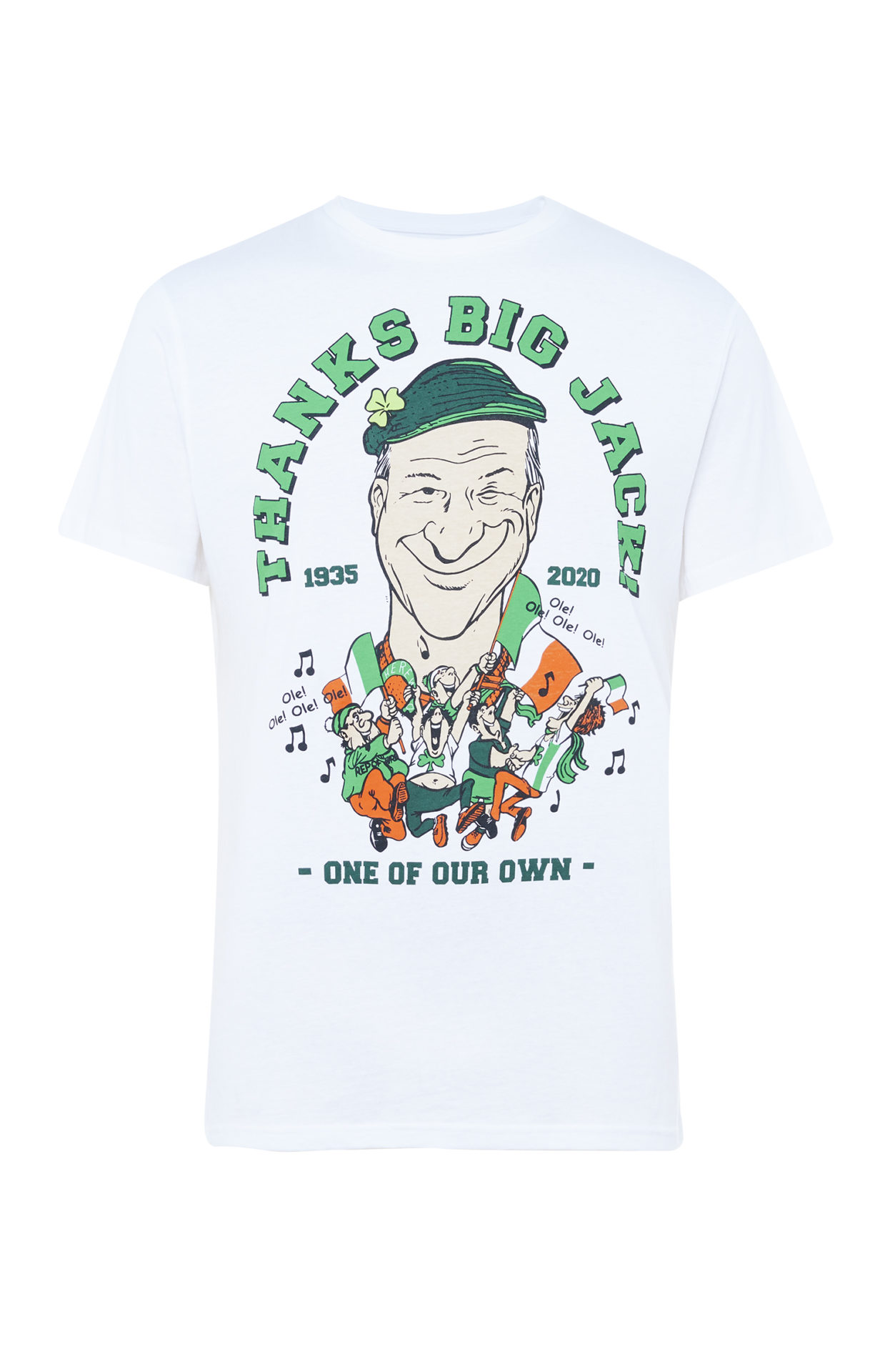 The special edition t-shirt was inspired by a design from Penneys’ 1990 World Cup range.

Limited edition t-shirts thanking the late Jack Charlton are expected to fly off the rail in Penneys of Ballina this week.
Inspired by a design from the fashion giant’s 90 World Cup range, the top is available in select stores nationwide but staff in Ballina expect a rush on sales because of Jack’s close connection with the north Mayo town.
Charlton was a well-known and much-loved figure in Ballina, where he and his wife Pat bought a house at the height of his managerial career in 1991. He was an avid fisherman and the house in Moy Heights allowed him direct access to the River Moy’s prime salmon and trout angling spots.
Big Jack, as he was affectionately known to all football fans in Ireland and Britain, was also known to enjoy a pint in Doherty’s pub and locals have shared their fond memories of the popular ‘local’ since his passing last month.
A mural of the soccer legend graces the famed Ridge Pool in Ballina and locals can now have another memento with one of the special edition t-shirts 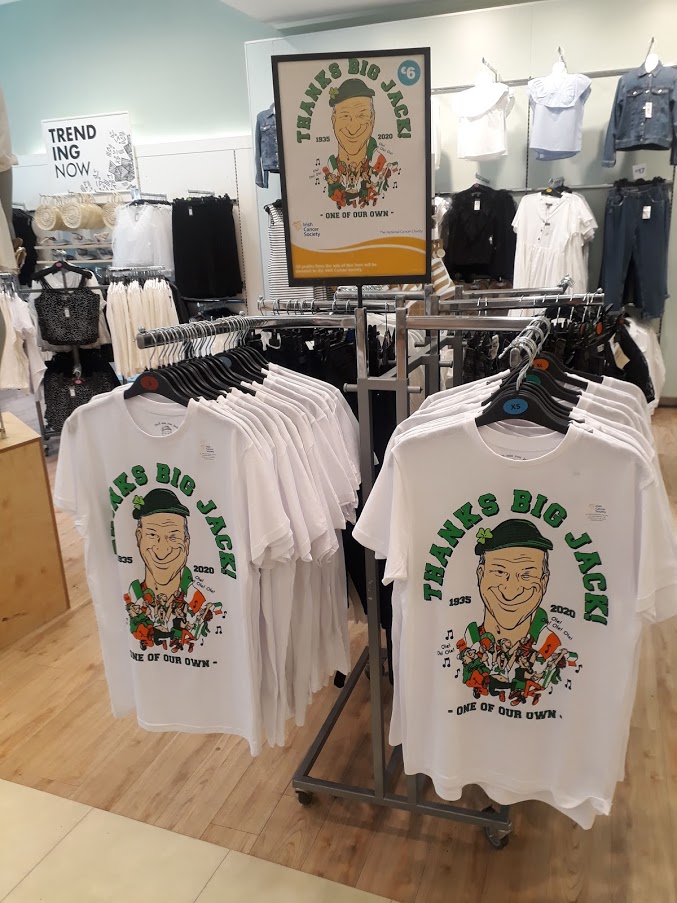 All profits from the sale of the t-shirt will go to the Irish Cancer Society.

A spokesperson for Penneys said they wanted to “celebrate and thank Jack for his incredible contribution and impact on Ireland and Irish sport and how important he is to the Irish people”.
“Penneys is proud of our strong connection to Irish sport and Jack Charlton was a great friend to our late founder Arthur Ryan, who considered him to be a member of the Penneys family, or ‘one of our own’.”
The store ran a window poster tribute to Charlton across all of its stores in Ireland and all profits from the sale of the €6 t-shirts will go to the Irish Cancer Society.